I’ve returned to Pokémon Go, leaving hotspots behind to play it as intended: using mobile data. And now, it’s a completely different game.

Upon Pokémon Go’s release it became apparent that without mobile data, enjoying it as intended was near enough impossible. Back then, I had to use the BT Wi-Fi app paired with BT hotspots to play it outside of my own home. The simple joy of walking and catching Pokémon at your leisure was lost on me. Until now.

After finally getting myself a data plan thanks to actually having a job – go 2018 me and my quest to get my life back on track! – I’m finally able to play it properly. It was the addition of adventure sync that originally drew me back in; at work I generally walk around 10km per shift, rendering egg hatching significantly easier. No longer needing the app open the whole time, eating away battery, is a massive draw too.

I wrote about my experience playing Pokémon Go without data following its release, and then stepped away from it for a while. Not only do I now get the full initial experience, but there has been a whole lot of updates in the last two years: new gens, regions, research, and more. It’s a fuller, more rewarding experience all around. Thanks to a couple of colleagues who helped me get me back into it – each with a much fuller Pokédex than mine – I’m taking ‘scenic’ routes to and from places to beat or toughen up a gym, or just hit as many Pokéstops I can.

I no longer look on the map and have to ignore numerous Pokéstops because they won’t have a hotspot. Now, I can wander off the beaten path, free from the constraint of Wi-Fi, all in search of some Pokéballs. The only issue now that I’m encountering Pokémon left, right and centre is that I quickly run out of Pokéballs to catch them with.

If needing the app open all the time to hatch your eggs is what stopped you playing Pokémon Go, the adventure sync is the perfect reason to start again. Using the Google Fit or Apple Health app depending on your mobile platform, Pokémon Go can sync with it to include any and all distance you’ve travelled on foot, bike, skateboard, rollerskates, or hoverboard. No longer will you have to worry about your battery consumption while trying to hatch all those eggs.

If you want to trade, I need pretty much everything, but I probably have nothing you need. 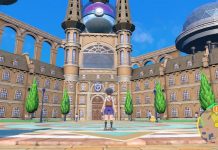