If you’re a subscriber, you’ve already received access to loads of great new games this month including Crackdown 3 and Shadow of the Tomb Raider, and there are more to come.

While we don’t have much of an opinion on Epic Mickey 2: The Power of Two, all three of the other games are definitely worth checking out, especially Alien Isolation. It’s quite possibly the best Alien game ever made, and is one hell of a survival horror experience. Also, while it’s not Xbox One X enhanced, anyone that does play it on an Xbox One X should find some of its technical issues ironed out a little.

We don’t have reviews for Epic Mickey 2: The Power of Two or Alien Isolation as they both were released before GameSpew was a thing. We do have reviews for Headlander and Batman: Return to Arkham though if you want to give them a read. Don’t read any reviews for The Walking Dead: Season 2 because they’ll probably just spoil its story. If you’ve played though the first season already, just play it.

Related: Check out the 30 best games on Xbox Game Pass 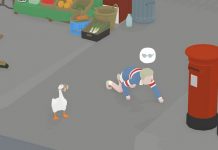