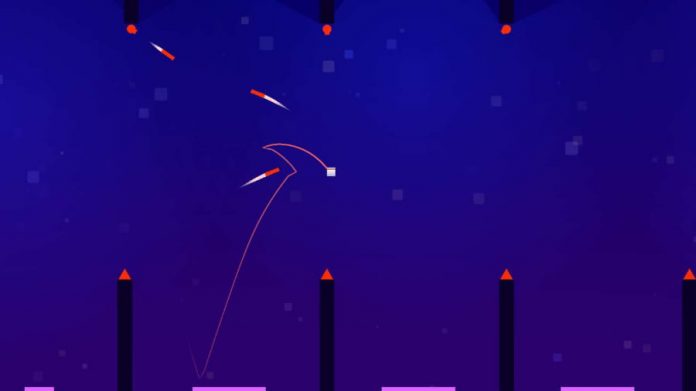 When you think platformers, chances are you think iconic characters and useful power-ups. Almost There: The Platformer proves that you don’t need either of them.

The first console game to come out of Bangladesh, Almost There: The Platformer revels in providing a challenge. The first few levels in its first world are a doddle, sure, but soon after, you’re sure to find yourself dying. At first it might only take you one or two deaths to overcome the challenge ahead of you. But by the time you reach the later levels in the game, it’s possible you might have lost count of your deaths before finally finding success.

It might sound a little frustrating, but surprisingly it isn’t. The controls are reliable and responsive for one, which means that failure is purely down to you. You’re not going to be shouting at Almost There: The Platformer for it cheating you out of success. Also, each one of Almost There’s The Platformer‘s levels is little more than one screen in size, meaning you lose only seconds of progress every time you fail. The result is that it’s one of those games in which you hit the restart button time and time again, hellbent on defeating those stages that keep kicking your arse. And when you do, you feel an overwhelming sense of smugness and elation.

Simplicity is perhaps Almost There: The Platformer‘s key to success. Time hasn’t been wasted creating elaborate characters, worlds or enemies. Instead, gameplay has been refined to perfection. You control a white cube that’s as plain as can be, and negotiate levels that are pretty much wholly constructed with similar blocks and lines. The use of bold colours and subtle effects keeps it aesthetically pleasing, however, and also keeps you focused on the task at hand rather than causing distraction. Only the game’s soundtrack lets down its presentation. It’s just neither here nor there. Sound design is totally unremarkable. 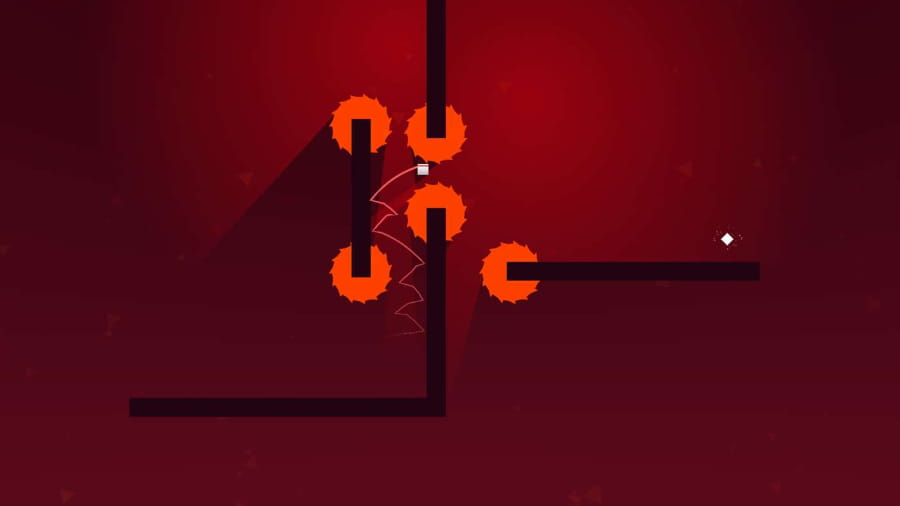 Just like its visuals, Almost There: The Platformer‘s gameplay is deceptively simple, too. You can move left and right, jump, and wall jump, and that’s about it. It’s all about mastering those moves to negotiate the environment while avoiding a growing number of of hostile elements. There are lasers, for example, which are stationary at first but then begin to turn on and off and move. There are also the usual staples of spikes and rotating blades. And when you start being shot at with homing missiles you’ll curse, and then get shot at by multiple homing missiles and nearly implode.

Patience, persistence, and skill – they’re what you need to conquer Almost There: The Platformer. Your little block will undoubtedly meet its demise time and time again as you make your way through the game’s 150+ levels, but anyone who loves a challenge will keep going back for more. And a three star system means that those who seek to master it will even return to levels they’ve already completed to improve their best times. Whichever way you look at it, Almost There: The Platformer offers brilliant value for money for anyone who at least seeks to play through all of its levels. 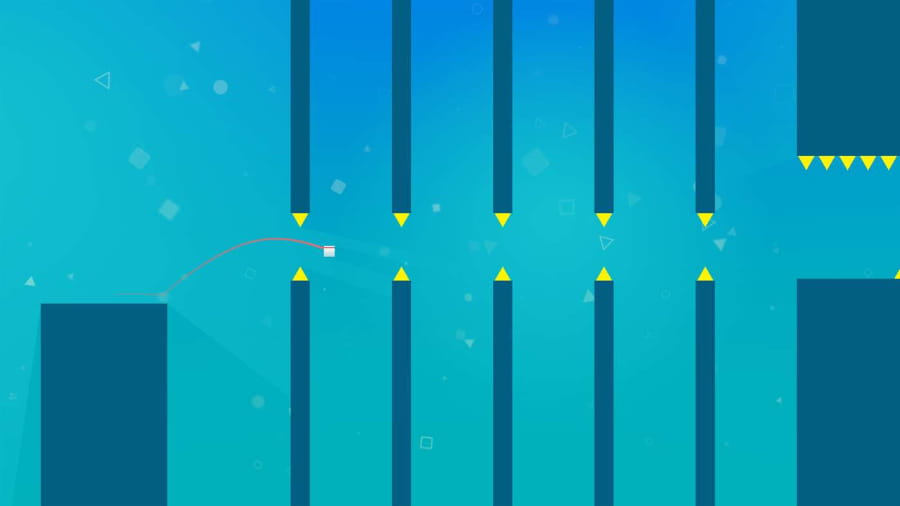 Needless to say, if you’re after a hardcore platformer that will keep you on the edge of your seat well into the early hours of the morning, Almost There: The Platformer will do the trick. Focusing on the core gameplay and providing a fair but haughty challenge, it succeeds at making you hit that restart button time and time again in the pursuit of personal betterment and achievement. You won’t care that you’re just controlling a block, and you’ll be concentrating that much that the ho-hum sound design won’t even be on your mind. You’ll just be obsessed with beating its micro-levels one after the other. And if you’re a real glutton for punishment, maybe going back and three star-ing them all afterwards.

Almost There: The Platformer is available on PS4, Xbox One, Switch and PC. We reviewed the Xbox One version.