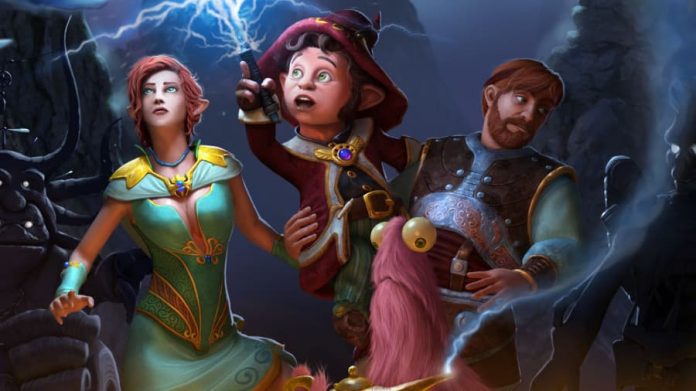 There’s something timeless about the point and click genre.

The Book of Unwritten Tales 2 could have been lifted straight off the Amiga 600. In every other way apart from its modern visuals, it feels very much like a point-and-click adventure game of old. That’s not a criticism though, far from it; the fact that it could happily rub shoulders with the likes of Discworld and The Secret of Monkey Island is a badge it wears with honour. From KING Art Games, The Book of Unwritten Tales 2 tells a magical story through the eyes of four main characters. It follows on directly from its predecessor, but if you haven’t played the first one (which only ever released on PC back in 2011) it doesn’t matter. The game makes reference to the events of the first game, but this sequel has its own separate story so you can jump right in and not feel like you’re missing out on any of the jokes.

This sequel itself has been around the block a few times, too. Originally released on PC in  February 2015, it’s since been ported to pretty much every other format. Now, four years later it’s found a home on its most recent format: the Nintendo Switch.

The Switch strikes me as the perfect console to play a point-and-click game on. It’s got a touch screen, for pete’s sake; in lieu of sitting at your PC and using a mouse, there’s nothing else much better than navigating an area with your finger. Unfortunately, KING Art missed a trick when porting the game: it doesn’t feature touchscreen support. The same was true of the company’s last point-and-click game to come to Switch, The Raven Remastered. It’s a real shame as it’s a feature that could really set the Switch version apart from every other, and feels like a massive oversight. Thankfully, the game’s button-only controls remain intuitive and easy to use, so it doesn’t really take anything away from the game; it’s just disappointing that it doesn’t embrace the functionality of the Switch. 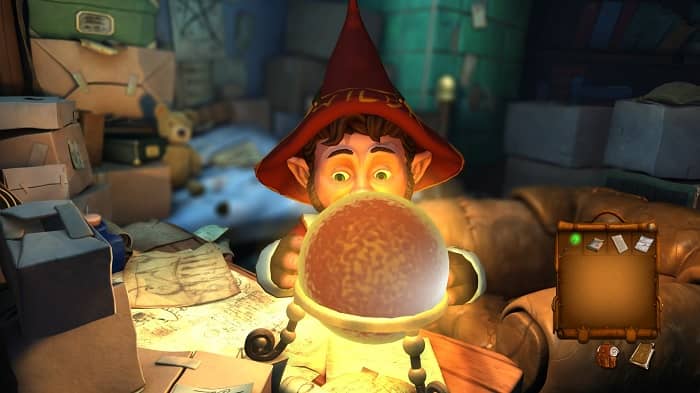 Thankfully, The Book of Unwritten Tales 2 is just as brilliant as it ever has been. Jokes are what keeps the game ticking over, and it’s as fresh-feeling as ever. It unashamedly mocks many popular franchises – most notably Harry Potter and Game of Thrones – and there are plenty more Easter eggs thrown in there too. Sometimes the humour may feel a bit farcical, but I enjoyed it, and the relentless spoofing kept me chuckling throughout.

The game is split up into clear cut chapters, with gameplay being shared between each of the four main characters: Ivo the elf princess, Nate the adventurous prince and his alien companion Critter, and Wilbur the dwarf mage. Each character is exceptionally voiced, and the well-written script of the game will undoubtedly be one of the major facets that keeps you playing. The gorgeous cartoon-style graphics certainly add to the mix too. While textures are a bit rough around the edges on the Switch, locations are still a feast for the eyes, and character models are very well-detailed and nicely animated. 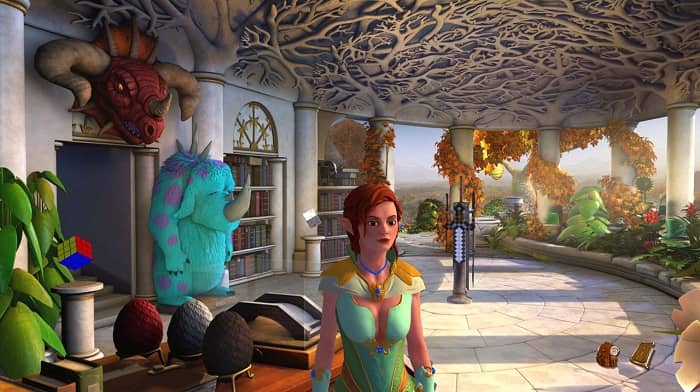 The puzzles are very varied, and while some may stump you, to the game’s credit, the majority are very logical and straightforward to work out. One common critique of point-and-click games is that their puzzles can be very obtuse, and sometimes there’s no other way to progress than combining every item in your inventory with everything humanly possible (troll slime and a mouse? why not!) just to see what happens. Thankfully, resorting to this kind of trial and error is minimal in The Book of Unwritten Tales 2. That’s not to say the game is so easy that it’s boring; far from it. It still requires plenty of logic and a firm application of your thinking cap, but solutions aren’t so byzantine that it takes away any enjoyment from the game.

The soundtrack is certainly worth commenting on, too. It’s a beautifully composed score that complements the locations perfectly. If you’re in the same area for too long though, it can start to feel a little repetitive, but it soon changes up as soon as you move onto the next location.

If you’re a fan of point and click games, you will not be disappointed with what The Book of Unwritten Tales 2 has to offer you. With a staggering 25-30 hours of gameplay, fully voiced characters, excellent soundtrack, great visuals and incessant hilarity (that may or may not warrant the odd groan) there really is very little to complain about here. The lack of touchscreen controls on Switch is a gripe, but there’s no overlooking the fact that The Book of Unwritten Tales 2 remains one of the best point-and-click adventure games of recent years.

The Book of Unwritten Tales 2 is available on PlayStation 4, Xbox One, PC and Nintendo Switch. We reviewed the Switch version.