Home is where the heart is.

In Devotion’s case, that heart has crawled its way across the living room floor and is now perched atop the mantelpiece, gazing at you with its solitary unblinking eyeball. This Taiwanese horror game takes the one place that should be a safe haven, the family home, and turns it into a nightmare.

Much in the manner of PT, the cancelled Silent Hills teaser, Devotion has you repeatedly revisiting the same location, the aforementioned domestic domicile, which changes in a variety of ways ranging from innocent through to downright terrifying. But, for the most part, there’s no malevolent presence stalking you through the corridors. You’re in no danger of opening a cupboard and having your head torn off by a long-haired spectre.

Instead, Devotion ekes out its horror. Every note you find, every line of dialogue, every subtle shift in the scenery, adds a piece to the narrative jigsaw. Devotion can be a little ambiguous at times (I would have preferred a more clear-cut ending) but it’s apparent that you’re witnessing, in flashback, the slow decline of a family. But it’s the horror at the heart of this decline that really hits home, that makes the game so unsettling, more so as the game progresses.

At first, you’ll dismiss the red pot that’s hanging in the kitchen; perhaps it’s some Taiwanese custom you’re unfamiliar with, a household ritual, nothing more. But then, the game begins to lend context to this seemingly innocuous occurrence and, every time you set eyes upon it, a feeling of dread rises within you. Few things in Devotion are meaningless and as your own role (and identity) solidifies, that uncomfortable sensation grows stronger and stronger. 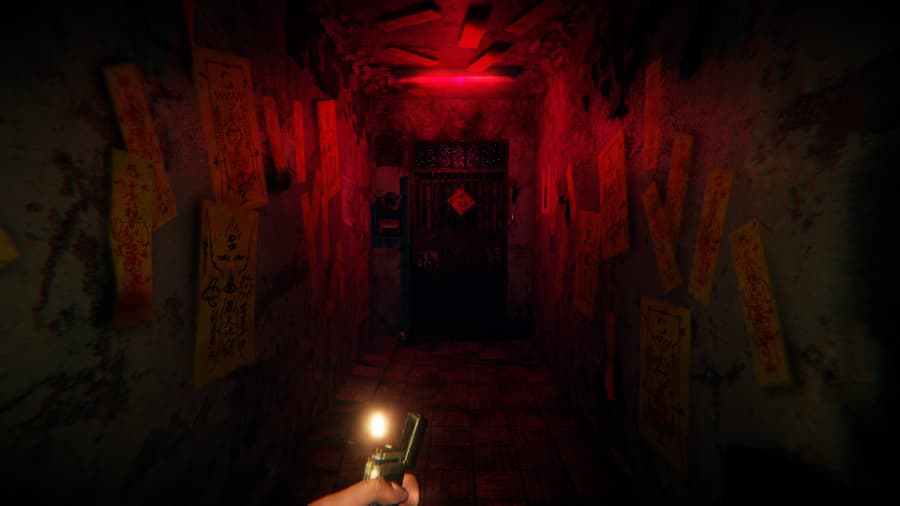 The game does offer a brief respite from the dread; there are several puzzles to engage you though those, too, link to Devotion’s slowly unravelling tale of tragedy. And the game never lets you forget that the characters at the centre of this story are, for all their sins, just human. There’s a superb little 2D section which is utterly charming and, breaking the tension, shows you a more positive slice of the characters lives.

Devotion looks an absolute treat, not merely because of the game’s colourful Taiwanese trappings, but because of the sheer attention to detail the game’s creators, Red Candle Games, have paid to the game. Unlike some video-game domiciles (I’m looking at you, Everybody’s Gone to the Rapture), Devotion’s home looks thoroughly lived in. This makes the game’s jump scares and infrequent spectres all the more distressing, as you explore a supposedly safe space that’s now anything but. 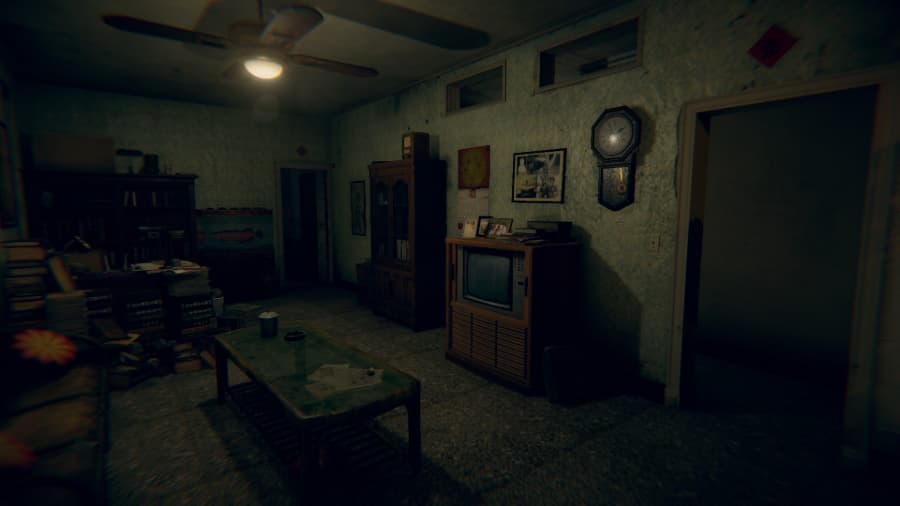 Another neat graphical touch, and more evidence of Red Candle’s attention to detail, is the way that it makes use of full motion video which appears on the apartment’s television. I was initially convinced that the developers must have repurposed old television footage. But as it continued, it became clear that the video had been shot specifically for what, in my mind, was a relatively low profile indie title. These carefully-used video sequences paint a picture of a happy home life, making the game’s later contrast all the more chilling.

Devotion succeeds because it’s an understandably human tale with misery, not murder or monsters, at the heart of it all. It is a tad short, particularly when compared to Detention, and while the somewhat ambigious ending might prove a turn-off for some, it’s still chilling, unsettling and heart-breaking in equal measure.

It’s just a shame that, thanks to the inclusion of a particular meme, the game has currently been removed from Steam. I hope that Red Candle Games weathers this storm because I’d love to see what else the company is capable of. Controversy or not, Devotion is lovely, haunting stuff.

Devotion is available on PC. Sort of.