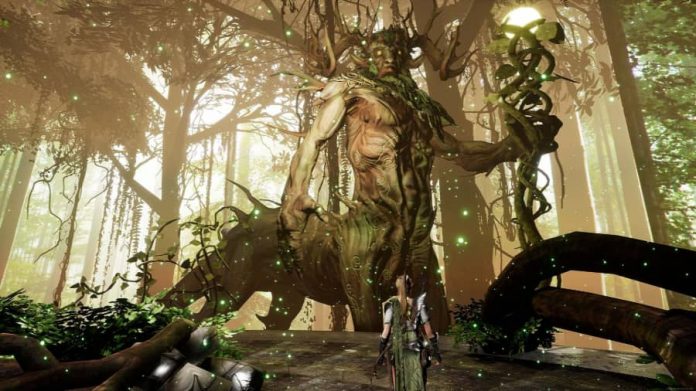 Explore the land of Alfheim and hunt for Elven immortality in Eternity: The Last Unicorn.

1C Entertainment and Void Studios announced today the release date for their Nordic mythos action-rpg Eternity: The Last Unicorn. Eternity is set to launch for PC and PS4 on March 5th for $19.99 with an Xbox One version coming later in the year.

Eternity: The Last Unicorn takes on many classic RPG mechanics while telling a beautiful tale steeped in Norse mythology. In a world where unicorns once brought immortality, they are all but extinct with one single unicorn left in existence. Aurehen of Alfheim has been tasked with saving the waning immortality of her fellow elves all while lifting the curse of the last unicorn.

Eternity: The Last Unicorn offers skill and weapon progression. Everything is enriched in Nordic folklore including the imposing creatures and gods and goddesses.

The game will feature two playable characters, over 12 hours of gameplay, a fixed camera system reminiscent of old-school RPG’s, character progression and an original soundtrack.

Check out the new trailer for Eternity: The Last Unicorn below.