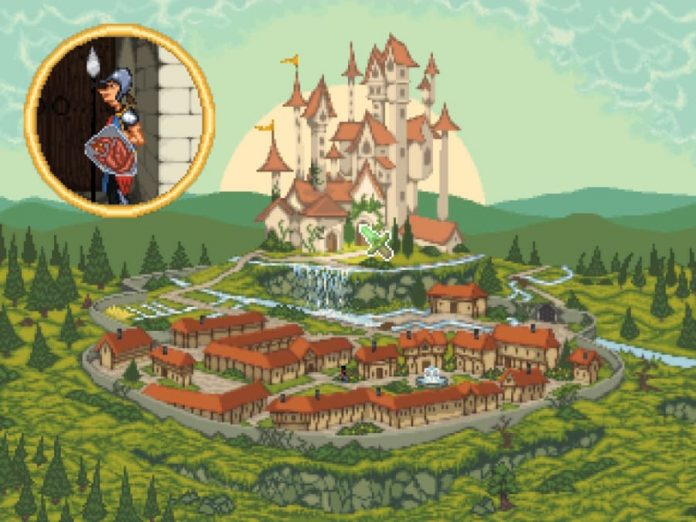 Plenty of things were better in the 90s.

Everything was cheaper, pop music was actually quite good, Donald Trump wasn’t president, and the word “Brexit” hadn’t been coined yet. In terms of video games though, things have come a long way since then. Most genres have moved on considerably, but there’s one that, somehow, still shines brighter in the past: the point and click genre.

I’m talking about the likes of Discworld, Broken Sword: Shadow of the Templars, the Monkey Island series and everything else that came from LucasArts. Sure, we’ve had some great modern interpretations of the genre – Telltale Games have undoubtedly evolved from the classic point-and-click game – but the best ones always seem to be those that manage to ape the 90s vibe.

Guard Duty from Sick Chicken Studios is one such game. Set to release this spring, it’s a game that puts you in the shoes of Tondbert, a hapless knight whose job it is to guard the gates of Wrinklewood. Recently getting to demo the first hour of the game, the callbacks to 1995’s Discworld were immediate. Tondbert is basically the knight equivalent of Rincewind, as hapless and clumsy – but altogether likeable.

After getting drunk on the job, Tondbert mistakenly lets a mysterious stranger into the town. The next morning he has no memory of what’s happened – except he’s missing his entire guard’s uniform and is somehow locked into his own room. Having to escape through his own window wearing nothing but a pair of tights, your first task is to locate Tondbert’s attire before anyone will take him seriously. Cue haggling for strange fruit, getting a woman to kiss a frog, and exploring the wonderful pixelated kingdom of Wrinklewood. 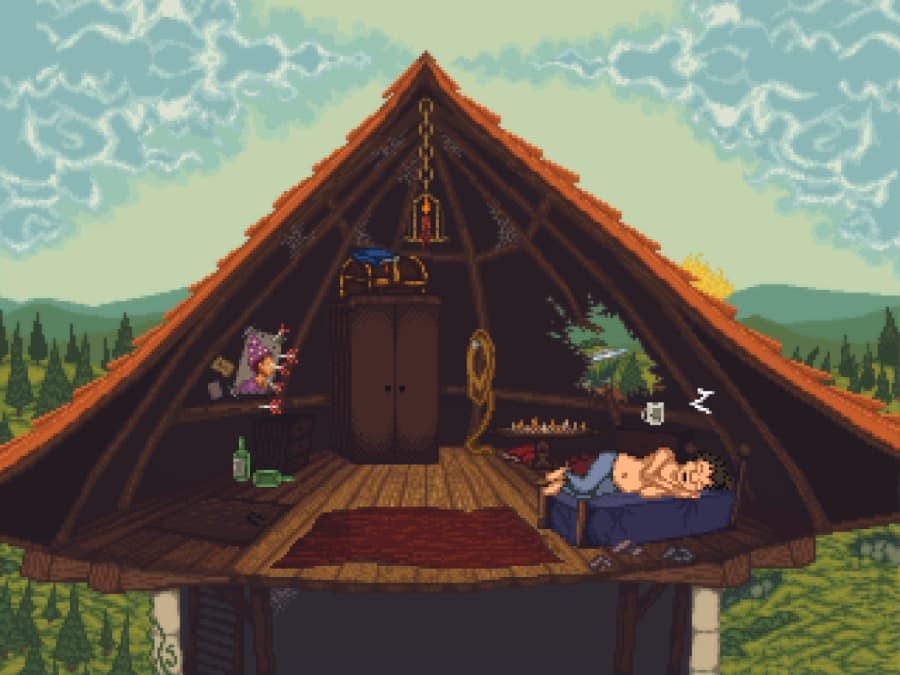 Once he’s fully dressed, Tondbert learns of a great tragedy: the princess of the kingdom has gone missing! Clearly this is something to do with the mysterious stranger he’d let into the town the night before, but Tondbert is none the wiser. Still, he’s a knight with a good heart, so Tondbert takes it upon himself to set out into the world to rescue the princess. A true tale of chivalry, indeed. But first he needs to forge an ID in order to be let out of the gates. And fill out some forms. The kingdom takes data protection very seriously after the rollout of GDPR, don’t you know?

It’s timely jokes like this that remind you Guard Duty is planted firmly in the modern age, but in every other way it feels ripped out of the 90s. It’s charming, it’s witty, and it’s fun to play – even when you’re stumped on what to do next. No true point-and-click adventure would be complete without a few tough puzzles, though. And with full voice acting – of a high standard – beautiful pixel art and a great soundtrack, there’s a lot to like here. 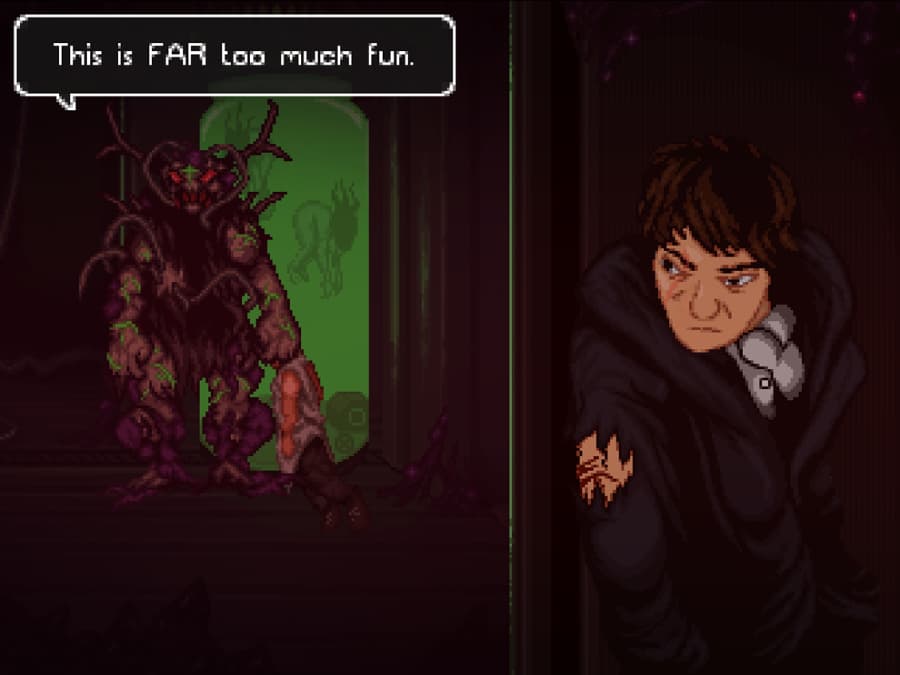 There’s more than just Tondbert’s tale to Guard Duty, too. Split over two very separate timelines, you’ll also get to take control of Agent Starborn in the year 2074. Stuck in a small orbital station somewhere above a ruined Earth, he’s set to fight a resistance in order to claim the planet back for mankind. How exactly the two tales will link up remains a mystery, but one I’m very keen to see.

If you’re a fan of the point and click genre, make sure Guard Duty is on your radar when it releases on PC later this spring.