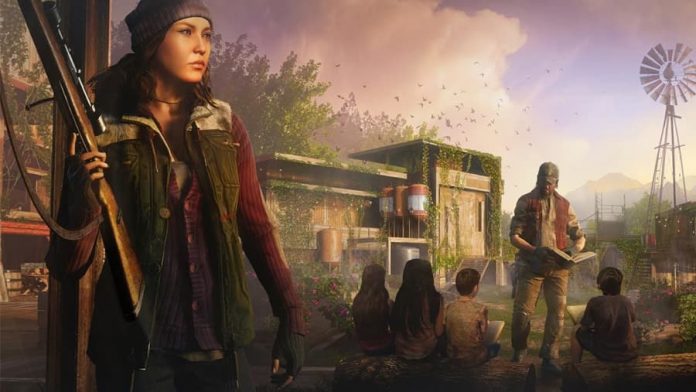 As ever in a Far Cry game, your character is a gun-toting, enemy-shooting all-round badass. The difference this time? It’s the apocalypse. A little something like the end of the world doesn’t get in the way of owning weapons, though. Far from it. The new way of life has brought with it the ability to craft a range of wacky and badass weapons. And with such a selection on offer, you’re of course going to want to switch between them easily. Here’s how to change weapons in Far Cry New Dawn.

When you star the game, you’ll have two main weapon slots, along with one for a melee weapon and another for a throwable item. Your two main slots can hold any two guns. You can change between these on the fly by pressing Y (or triangle).

If you wish to switch to your melee weapon, or see at a glance everything you have to choose from, you can hold down your left shoulder button (LB/L1) which will bring up the weapon selection wheel. From there, you can select whichever weapon you want to use.

After a couple of hours with the game, you can use your perks to unlock extra weapon slots, meaning you can carry three primary weapons at once. Pressing Y will toggle through the two last-used weapons, so to select the third you’ll need to use the weapon wheel.

If all your weapon slots are full and you go to pick up a dropped enemy’s weapon, you’ll drop one of your existing weapons and it’ll be replaced with the new one.

Far Cry New Dawn has many weird and wonderful weapons to use. It pays to experiment with them to see which ones you like best.

How to Get Ethanol in Far Cry New Dawn 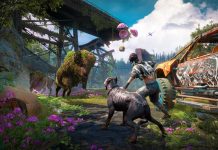 How to Throw Rocks in Far Cry New Dawn