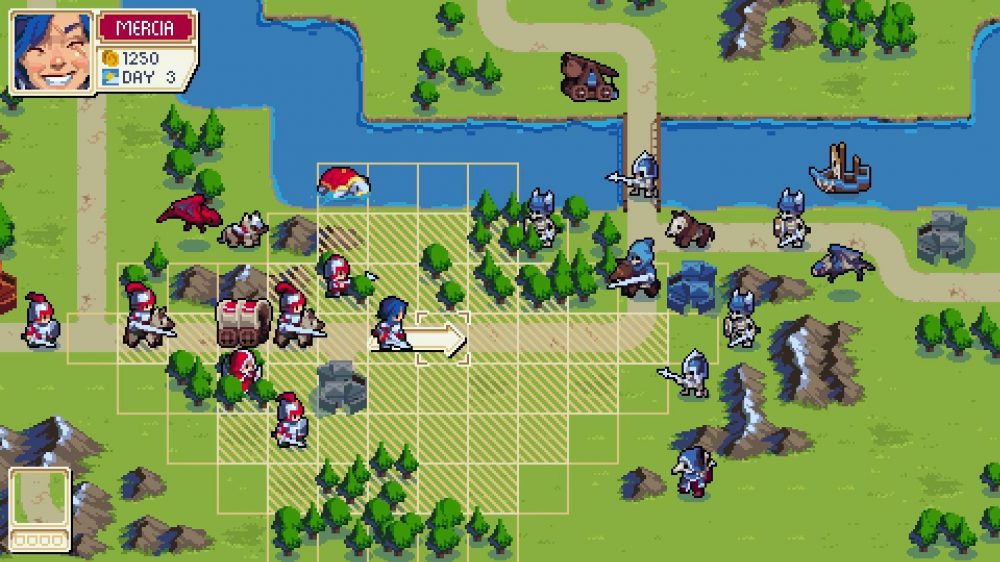 I must admit I was confused when downloading a player-made map in Wargroove as to where it had gone.

Wargroove has an in-map editor that allows players to create single battles, or entire campaigns, and share them online for any player to download. If you found yourself trying to find them after downloading, here’s where you’ll find downloaded maps and campaigns to play in Wargroove.

Where you’ll find that downloaded content will depend on whether it was campaign content (a small planet logo) or any of the other three: Skirmish (sword logo), Scenario (book logo) or Puzzle (jigsaw piece). I myself had downloaded a campaign, and gone to the “downloaded” tab expecting to play it from there, but alas, that doesn’t work.

Downloaded campaign content in Wargroove is accessed through the single player option all the way back at the main menu of the game. As usual, you have the choice of arcade and campaign. Whereas before Wargroove would boot the main campaign under that option you will now be prompted to choose between the main campaign, and any you may have downloaded from other players.

To find downloaded content from skirmish, scenario and puzzle, you’ll also have to go all the way back to the main menu. This time, you’ll find them under the multiplayer option – even if you downloaded one designated one player. You have to select the local option and then at the top of the screen, click the tab with the book to open all downloaded maps. 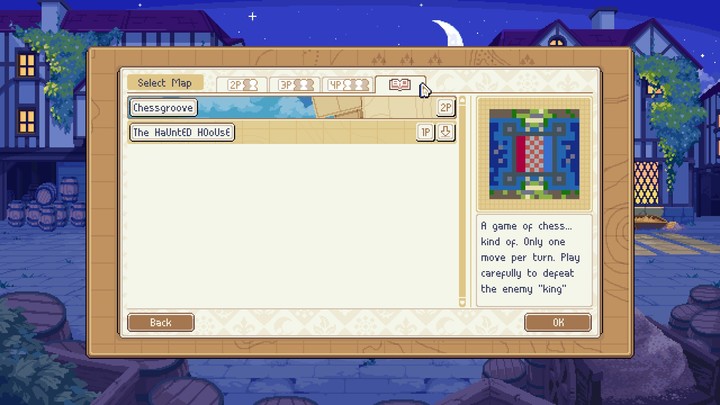