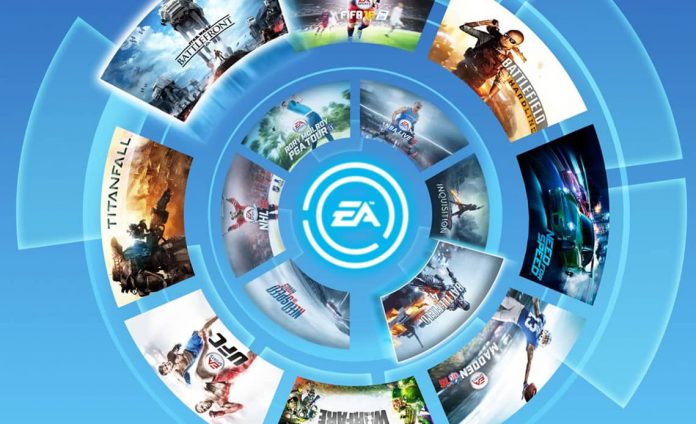 EA Access members gain entry to the vault – a store of Xbox One and Xbox 360 games that can be downloaded and played for free as long as you’re an EA Access member – as well as numerous other benefits such as a discount on EA game and DLC purchases, and early trials of upcoming new releases. Honestly, for £3.99/$4.99 a month it’s a bargain. And for £19.99/$29.99 a year, it’s an absolute steal.

A similar service to EA Access is available for PC gamers in the form of EA Origin Basic/Premier, a two tiered subscription service that offers a huge library of PC games to those who subscribe. It differs from EA Access mainly because it offers more than simply EA games. You can download and play Darksiders 3 on PC via EA Origin Basic and Premier, for example.

Way back when EA Access was launched, many were surprised that it wasn’t on PS4. Speaking to Game Informer, a Sony representative stated “We evaluated the EA Access subscription offering and decided that it does not bring the kind of value PlayStation customers have come to expect.” Given the service’s continued success, however, might Sony have since changed its mind?

In a recent financial report, it has been discovered that EA plans to offer a subscription service on another major platform later this year. The Xbox One already has one. PC, too. And the Nintendo Switch? Well, there just aren’t enough EA games on it to make it worthwhile. That leads us to think that EA Access might finally be making its way to PS4.

Of course, we could be wrong. Maybe EA plans to introduce another tier to EA Access on Xbox One, bringing it more in line with its PC counterpart? It’s feasible. Or maybe EA is ready to fully support the Nintendo Switch and release more of its games on it, alongside a new subscription service? Also feasible, but pretty unlikely.

Chances are we’ll have to wait until later this year to find out exactly what it is, but a new subscription service by EA is undoubtedly coming. And while EA Access or an equivalent for PS4 seems like the safest bet, we wouldn’t put all of our eggs in one basket just yet.