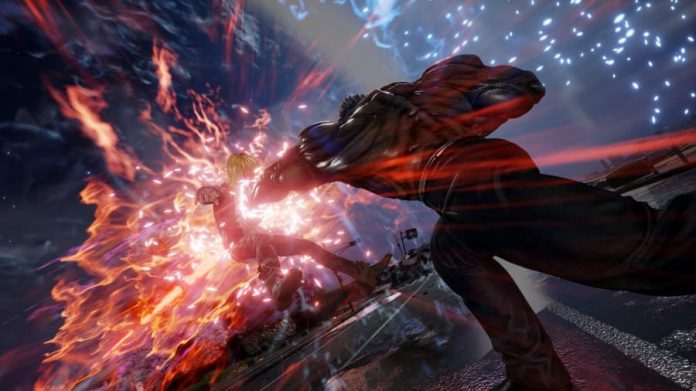 Jump Force isn’t the first fighting game to feature a mish-mash of anime characters, and it certainly won’t be the last.

What separates Jump Force from what has come before, though, is most definitely its art style – and it’s likely something that will divide opinion. I mean, it tries to make anime characters look more real, and while the result is a little absurd, I personally quite like it.

Naruto‘s Naruto, One Piece‘s Luffy, Fist of the North Star‘s Kenshiro – they’re all here, rubbing shoulders with other Jump superstars. Some of them you might not be all too familiar with depending on how much of an anime fan you are, but there’s bound to be at least a handful of them that you like. And you’ll have never seen them looking quite like they do in this game. While the more traditionally human-looking characters, such as JoJo’s Bizarre Adventure‘s Jotaro Kujo, don’t seem all that awkward in Jump Force, others such as Hunter x Hunter‘s Gon Fleecss look downright strange, what with their huge eyes and other exaggerated features. You’ll either warm to the surrealness of it all or be turned off by it.

I’ve been playing Jump Force on Xbox One X, and it looks gorgeous in action. Character models and environments are detailed and presented at crystal clear 4K. When special attacks are being used, the game really is a treat for the eyes. If only the game didn’t have a small open-world hub that chugs along as you explore it to initiate events and perform other tasks. Aside from being as dull as dishwater, the constant low framerate experienced throughout really takes the shine off the game. And load times – they’re frequent, and often rather lengthy. 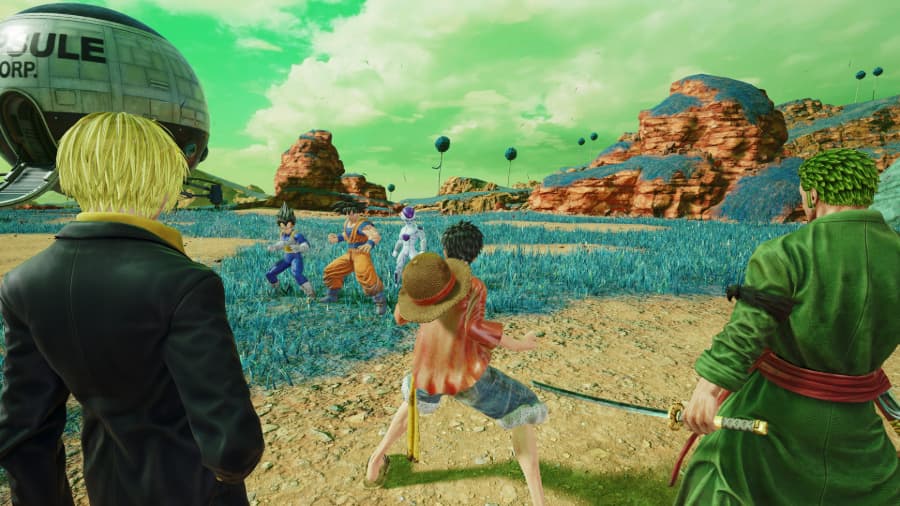 Honestly, I don’t think Jump Force benefits from its hub at all. Can we just go back to having menus in fighting games, please? Also, do away with stories in fighting games, too, unless they really add something to it. Jump Force‘s story is very unnecessary, and very badly presented. Evil villains are taking control of Jump characters by way of evil cubes, so you’ve got to rescue them and take care of the bad guys. That’s all you need to know. But instead, you have to watch frequent scenes in which characters stand around like lifeless puppets talking utter nonsense. Most of it isn’t voiced either. And Death Note‘s Ryuk remains silent even in scenes where other characters are voiced, which is very unnerving.

Combat is where Jump Force redeems itself, providing what are undoubtedly the most entertaining anime bouts in video games. It’s easy to pick up and has enough intricacies to give it some depth, though it’s never going to give the likes of Street Fighter V or even DragonBall FighterZ a run for their money. It’s very much a entertainment-driven fighting game rather than a mechanically-driven one, but that’s not a bad thing.

Players can perform flashy combos by hammering either the light or heavy attacks buttons, dashes are available to close the distance between you and your opponent easily, and a range of special attacks can be pulled off by pressing the combination of the right trigger and a face button. There are more advanced manoeuvres too, like awakenings and high-speed dodges that open up your opponent to attack. Although that should be opponents, as you never fight alone in Jump Force. 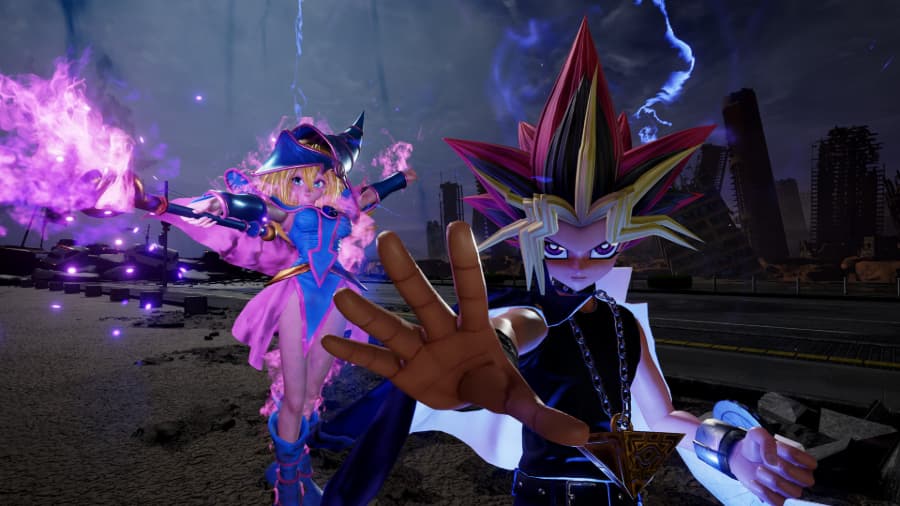 While you only have one health and special meter bar in Jump Force, you always have three characters to call upon. You only take active control of one at any time, but you can quickly switch to another or call one in for a support attack whenever you like. With one shared health bar, changing characters becomes perhaps more of a strategic choice in Jump Force rather than a way to prolong fights. You won’t find yourself switching out a character simply because they’ve got low health, for example. In Jump Force, you’ll switch characters to gain access to alternative special skills and surprise your opponent.

Another thing that’s wrong with Jump Force‘s story is that is forces you to use your own created character. There are forty Jump characters available in Jump Force, but you’ll generally be fighting with your very own homemade chump during story missions. Thankfully you can customise them with a huge range of cosmetic items, skills and abilities, but when I sit down to play a game like Jump Force I want to crack skulls with the likes of Sasuke and Ichigo. You know, characters I know and love. 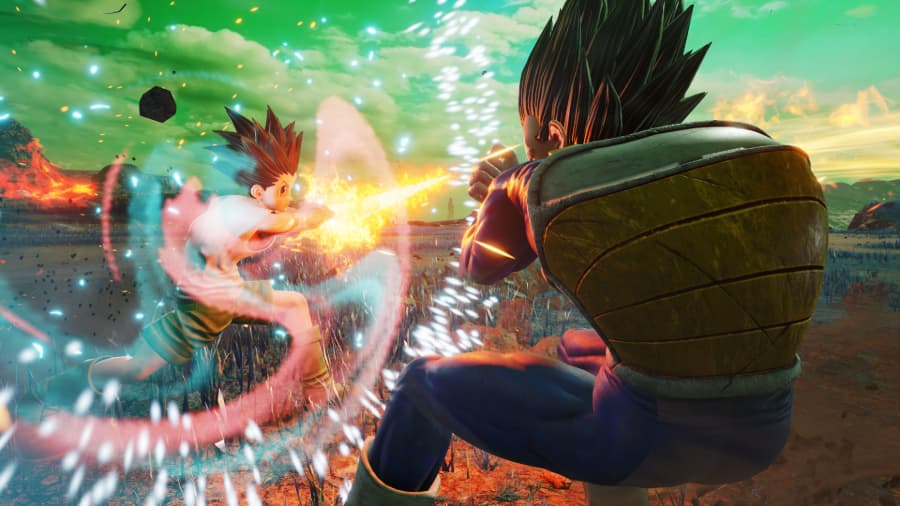 Thankfully there are a wealth of free missions in which you’re free to pick any characters to make up your team. There are also counters to set up local and online versus battles. Jump Force is missing modes you’d expect in a fighting game like arcade, survival and time attack, though. And forget about creating a lobby to play with your friends; you can invite them into a friendly match and that’s about it.

If it wasn’t for Jump Force‘s highly entertaining and thoroughly enjoyable combat, the game would be a disaster. But Jump Force is a fighting game, and so everything about it that’s turgid and unnecessary can largely be avoided or overlooked. It’s got a large roster of fighters, plenty of content, and looks great in action. Those are the things to focus on. Could it have been a hell of a lot better? Of course. But that doesn’t mean you should write off Jump Force. Neither should you write it off for its unusual art style. Just engage in its unique brand of fighting, block out the rest, and enjoy.

Jump Force is available on PS4, Xbox One and PC. We reviewed the Xbox One version.