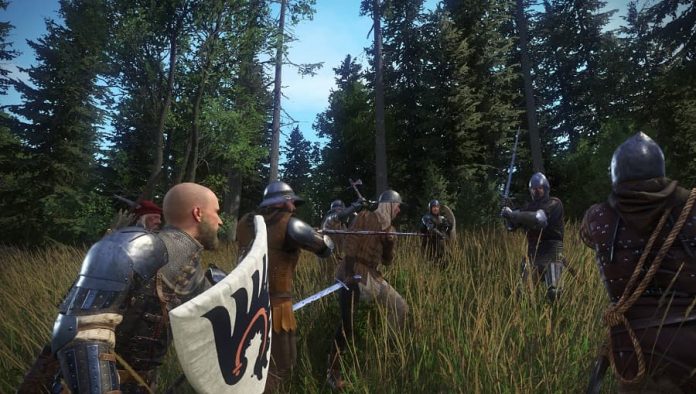 While exploring its lush open world is enjoyable enough, it’s the characters that you rub shoulders with in Kingdom Come: Deliverance that truly make it great.

Hans Capon is my best mate, I want to serve Radzig Kobyla well, and I love to make Captain Bernard happy by delivering bandits’ ears and spurs to him. Kingdom Come: Deliverance is a game driven by its characters, and it works because of its excellent writing.

Thankfully, the game’s latest piece of DLC – Band of Bastards – is full of characters. And when I say that, I’m not just saying it in an objective sense because of course it is. What I mean is that they’re all big on personality.

Like previous Kingdom Come: Deliverance DLC, Band of Bastards primarily consists of a new questline for you to work through. You can access it once you’re about a third of the way through the main story. Though you might want to save it until a bit later.

Why? Because sent to the camp of Baron Kuno of Rychwald at the behest of Sir Radzig Kobyla, the first thing you need to do to ride with his band of… well, bastards… is pass a combat trial. And unless you’re quite well levelled or rather adept at Kingdom Come: Deliverance‘s unique brand of combat you might find yourself at an impasse. It’s only once you’ve overcome Band of Bastards’ combat trial that you’re able to join the likes of Kuno, Dangler, Jakey, The Stone and more as they ride out on patrol. Though whether or not you do actually attempt to do your task of keeping them in line is up to you. 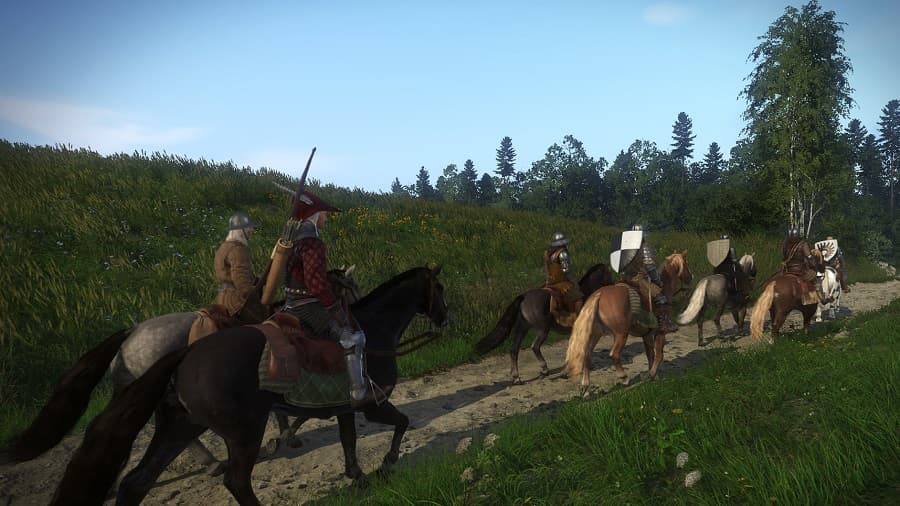 While the first proper quest in Band of Bastards introduces an overarching story, chances are you won’t really care much about it. It honestly doesn’t amount to much, either. What you will come to care about, though, is the titular Band of Bastards that you find yourself in the company of. They’re rough around the edges and morally dubious, but thanks to some brilliant writing they’re a truly likeable bunch.

There are some genuinely funny lines of dialogue in Band of Bastards, though it’s not all shits and giggles. In more serious circumstances you’ll need to use your own silver tongue to keep Kuno and his group on the straight and narrow, though you can just say sod it and become a bastard too if you wish.

Depending on your choices throughout the Band of Bastards questline, there are multiple outcomes. It can even be cut short if a certain person dies. Generally though, expect to get about three hours of gameplay out of it. Maybe a little bit more if you also want to see the new side quest introduced in Band of Bastards – The Ring of Bacchus – to an end. 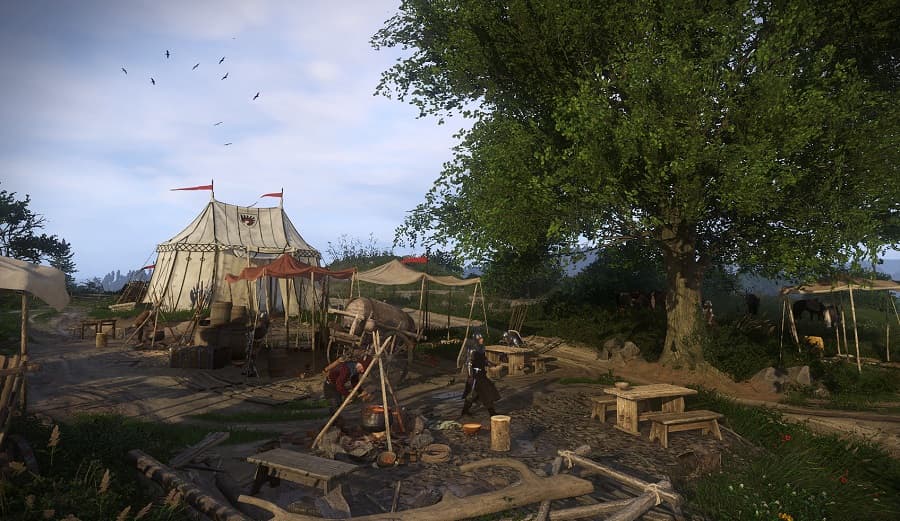 While most of Band of Bastards‘ quests revolve around combat, The Ring of Bacchus side quest lets you be a bit mischievous back at Kuno’s camp. Kuno pays for the drinks of whoever holds the Ring of Bacchus, you see, so it’s hot property. Cue a string of his men asking you to acquire the ring for them, resulting in you doing some sneaking, puzzle solving and maybe a bit more combat.

Though you’re likely to be done with Band of Bastards after a few hours, a part of it may linger with you long after. New items, including a rather snazzy suit of armour are available to those who play through it, and you’re likely to use them in other parts of the game.

Band of Bastards isn’t epic in length or bursting with content, and its overarching story isn’t likely to get its hooks in you, but it’s still a good reason to revisit Kingdom Come: Deliverance. And if you’re still making your way through the game for the first time, it’s even better. Thanks to its witty, humorous dialogue and multiple outcomes as a result of your actions, it’ll likely remind you why Kingdom Come: Deliverance is such a great game in the first place.

Kingdom Come: Deliverance – Band of Bastards is available on PS4, Xbox One and PC. We reviewed the Xbox One version.