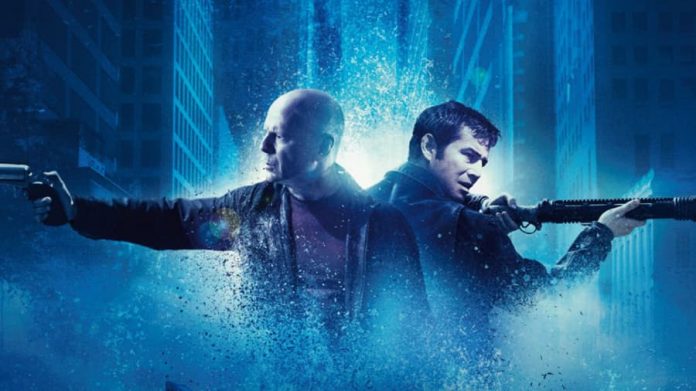 The remarkable thing about Looper is how much it doesn’t feel like a sci-fi film.

The premise combines time travel, that classic sci-fi trope, with character-driven drama, establishing the approach that shapes the film. In 2044, Joseph Gordon-Levitt’s Joe is a “looper”, an assassin sent back from 30 years in the future, where time travel has been invented but outlawed and where it’s really really hard to get rid of dead bodies thanks to advanced tracking procedures. The solution? Send them back in time, bound and gagged, kill them and it’s like they never existed. Given that what they’re doing is massively illegal, the final kill for every looper is always their future self, they get a nice payoff and any trace of the link between the present and the future is severed.

Joe knows this, but when his new target is his 2074 version (Bruce Willis), things don’t exactly go to plan. Without giving too much away, young Joe ends up hunting down his future self, who is on a “killing baby Hitler”-style mission to stop the rise of a future tyrant by killing him when he’s still a child. And both Joes are being pursued by Abe, who runs the loopers with the help of a veritable hit squad and is played by a grizzled, vaguely philosophical Jeff Daniels.

All these threads, plus insight into old Joe’s motivations, are adroitly juggled by writer/director Rian Johnson, who consistently makes interesting choices that show his confidence and mastery of the premise that he has established. Looper shows Johnson’s skill at economical storytelling; you’re never told or shown any more than you need to know, making following a complex time-slipping narrative surprisingly straightforward. Perhaps most importantly, it’s a sci-fi film that feels rooted to the real world. There are a few shots of a gleaming CGI metropolis, but this is a gritty, dirty, violent world of back alleys and the wide open cane fields of Kansas.

This sets up a noir feel and the characters oblige: young Joe alternates between gruff pronouncements and repeating French as he practices for a long-planned escape, with France taking on the qualities of a mystical Shangri-La. He’s not exactly what you’d call a good man but he’s about as close as you get in such a broken world. Abe is another violent man with a philosophical bent, while Sara, a hard-edged single mother living on a Kansas farm also plays a pivotal role.

Looper is the film that made Rian Johnson, if not a superstar director, then definitely a star. He made an impression with his first film Brick (2005), a high-school noir that also starred Gordon-Levitt, this time as a teenager exploring the seedy underbelly of his high school to discover the truth behind the disappearance of his ex-girlfriend. It was clever, stylish and thrillingly original; a distinctive cocktail of codes, symbols, femme fatales and violent men. Johnson then made an unexpected switch into comedy with The Brothers Bloom, a fairly forgettable tale of some blundering con men. And then he returned with Looper in 2012 and the promise that Brick clearly showed was fulfilled.

Looper is clever, slick and memorable. It was well-reviewed and made money too – $176.5m from a budget of $30m. And yet it seems to be destined for “cult classic” status rather than being straight-up acclaimed as a true sci-fi classic. Perhaps it’s just too clever, too weird, but that is what makes it wonderful.

The studios at least took note. It was Looper, more than anything else, that got Johnson the gig of his dreams, helming new Star Wars films. He was the man in the chair for The Last Jedi and is working on a future trilogy. Watching Looper, it’s hard not to wonder how The Last Jedi might’ve turned out had Johnson been given ultimate creative control, rather than the endless checks, balances and compromises that making a Star Wars film ultimately entails. For a much more potent dose of Johnson’s potent cinematic vision, you need to watch Looper. And now it’s on Netflix, you’ve got no excuse not to.