After almost a decade Steins;Gate has been remastered with a new title, but the same intriguing story and eccentric characters.

Steins;Gate Elite isn’t hugely different from the original 2009 Steins;Gate, and their similar titles are a reflection of that. That’s not to say that that Steins;Gate Elite isn’t new, improved and better than ever, though, because it certainly is. Still pictures have been replaced with fully animated scenes from the anime and the game mechanics have been improved as well. Fans of the original game or fans of the anime series are sure to get immersed in this new version.

Being careful not to spoil any part of the story, Steins;Gate Elite follows Okabe Rintaro, a college student who fancies himself a bit of a mad scientist. Okabe is an idiosyncratic character, constantly referencing a group known only as “The Organization” whom he feels are constantly trying to foil his plans and steal his inventions. Whether or not The Organization is real or simply inside of Okabe’s head remains a question for a portion of the game. What is definitely evident is that Okabe is a hardcore conspiracy theorist who does very little apart from trolling internet chat groups and calling himself Kyouma Hououin.

Okabe is head of the Future Gadget Laboratory along with his childhood friend, Mayuri Shiina, and friend from college, Itaru Hashida. These aren’t the only faces players will see around the laboratory, but they’re the main, strange three. After a accidental invention (involving a cell phone and microwave), the Future Gadget Laboratory invents a way to send messages through time. Eventually, this accidental time machine allows for much more than messages to go through time, and after a lot of time hopping, things really start to get wacky. 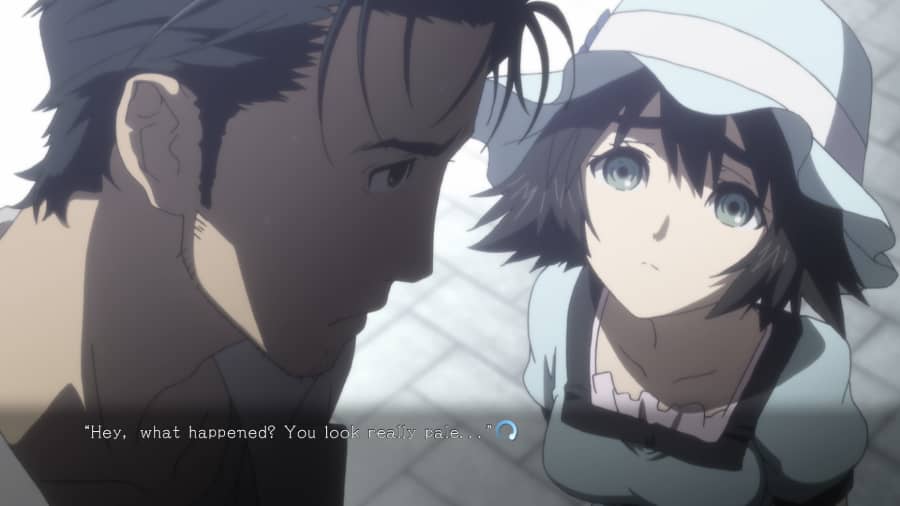 Surprisingly, Steins;Gate Elite doesn’t just throw players into the story and expect them to understand all of the aspects about time travel without asking any questions. Those intrigued by the science and theories of time travel will get actually get some answers as the game goes into nitty gritty of it all. If you’re still confused, you’ll probably find yourself spending a lot of time in the in-game glossary. After saying “…huh?” about 200 times, eventually things will start to piece together. There’s a lot to chew on, which some might find hard to swallow, but if you stick with it, it’s actually very satisfying once you can start to piece everything together.

Now that we’ve covered its complicated story, let’s talk about gameplay. Like most visual novels, the majority of Steins;Gate Elite‘s gameplay involves simply clicking through dialogue to further the story. Where other visual novels like Danganronpa or Nine Hours, Nine Persons, Nine Doors may intersperse the narrative with actual gameplay sections where you can move around and interact with your environment, Steins;Gate Elite has none of that. On occasion, you will have to make decisions that will lead to one of six endings, but it takes a full hour before you reach that point.

In the original version of the game, players would have to pull out an in-game phone to check or send text messages or answer incoming calls. Elite automatically brings up the messages for you to make your choice. Towards the beginning of the game you’ll make some pretty minor choices, but as the story progresses, you’ll be choosing some pretty big things that may lead to different good or bad endings. 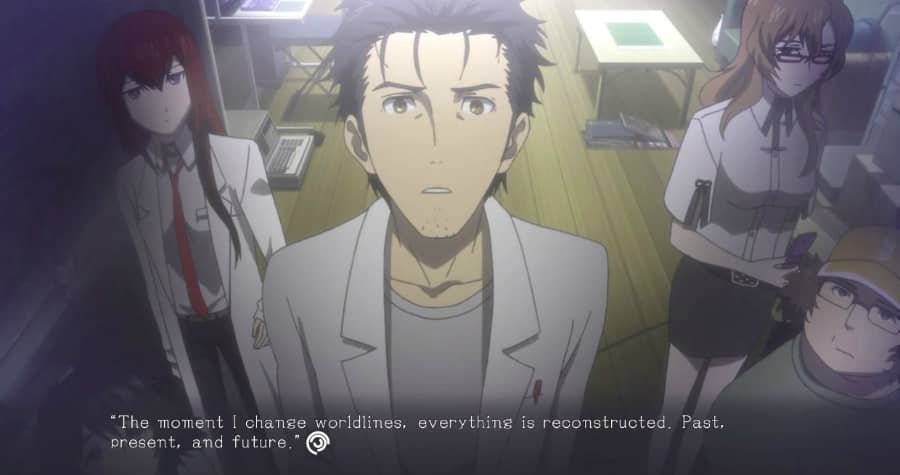 The biggest difference between the original Steins;Gate and Steins;Gate Elite is that there are no longer any stills – everything is fully animated. An anime of Steins;Gate was released in 2011, and Elite feels more like watching the anime you just get to control the speed of the dialogue yourself. This may be an unpopular opinion, but I actually miss the stills that I’m used to in other visual novels. Honestly, if I wanted to watch the anime, I’d watch the anime. I did discover that you could turn the dialogue to auto to let it play through yourself, but I’m a pretty fast reader and could read a sentence five or six times before it moved on to the next line.

Steins;Gate didn’t exactly need a redo, but that doesn’t mean that fans of the original won’t absolutely love Steins;Gate Elite. The new scenes are great, if you don’t miss the stills that is, the ease of play is nice for those that aren’t a fan of complicated puzzles or stressful trials like in Phoenix Wright, and the six different endings make it worth multiple playthroughs. Especially considering you can save at any time and skip to whatever part of the game you want. I wasn’t particularly fond of feeling like I was watching an anime without being able to take a break between each episode, but I’d have to be an idiot to not see that Steins;Gate Elite is still one of the best visual novels out there.

Steins;Gate Elite is available on PC, PS4 and Nintendo Switch. We reviewed the PS4 version. 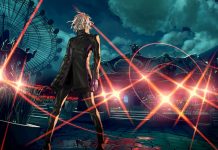 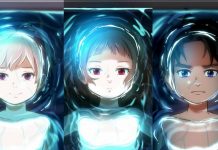 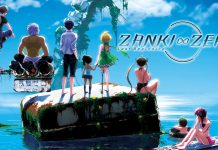 How to Heal Your Characters in Zanki Zero: Last Beginning