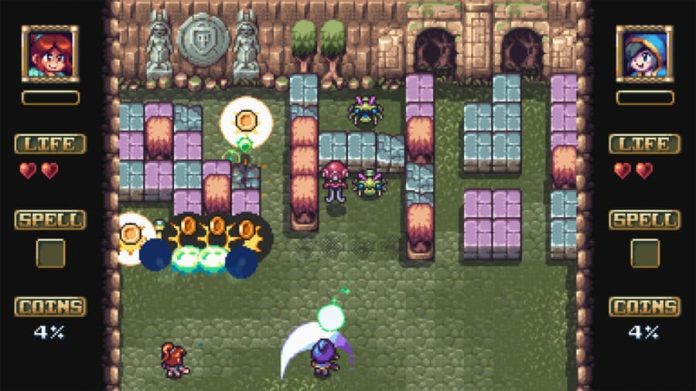 It originally launched on Steam back in 2017 without a great deal of fanfare. And that’s quite a shame, really, because Strikey Sisters happens to be something quite unusual and quirky. It’s infuriating, hard and downright devilish, sure, but it’s also pretty good fun – if you have the patience for it.

Combining the block-breaking action of classic games like Breakout, Strikey Sisters mixes things up by presenting itself like a 2D adventure game. Its charming retro style is reminiscent of the SNES era and elicits memories of games like Dragon Quest. The difference is: there is no adventuring here. Playing as one of the two titular Strikey Sisters, players move left and right, hitting a ball up the screen to destroy blocks and enemies.

Enemies are the key differentiator between Strikey Sisters and Breakout. You don’t just have blocks to contend with; the screen is littered with different types of enemies, too. These can be killed by hitting them with your ball several times or, should they wander into your reach at the bottom of the screen, you can also whack them with your weapon. Most enemy types will have some kind of projectile attack, meaning you not only have to keep an eye on the location of your ball, but you also have to watch out for rogue fireballs, bubbles or poison that can damage you.

Killing enemies will reward you with some kind of power-up. They come in two varieties: modifiers for your ball, or spells. Modifiers may turn your ball into a fireball or cannon ball for a short period, or give you an extra ball, while spells give you a one-time power-up. A spell may incite lightning over the game field, for example, or it may throw bombs next to each enemy, destroying them all at once. They can be extremely useful, when used correctly. 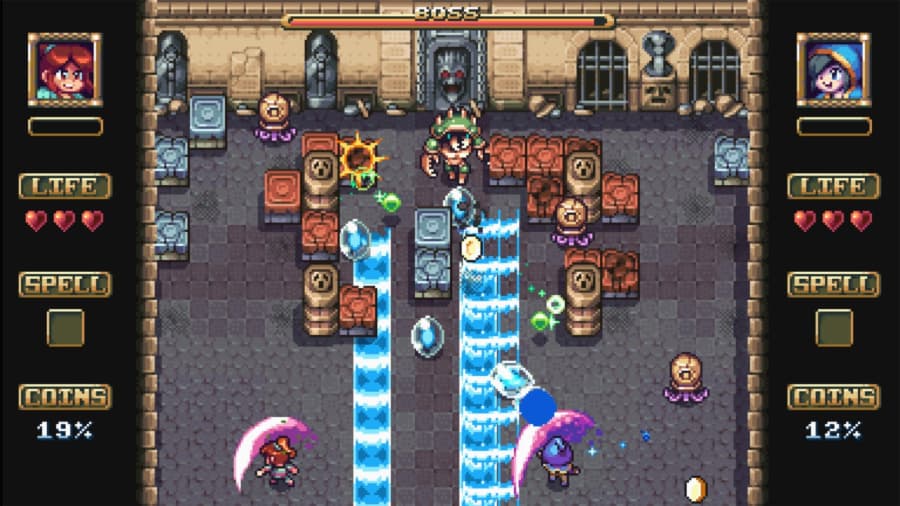 All of this goes to say that Strikey Sisters is extremely frenetic. There’s no easing you into the game, either; right from level one, the game takes no prisoners. You need your wits about you to succeed – and a lot of patience. Success comes with a lot of trial and error, especially considering that aiming the ball with any degree of precision is very difficult. You can aim, by positioning yourself at an angle when you hit the ball, but that’s easier said than done when you have to contend with everything else happening on screen.

If you’re up for a challenge, though, Srtrikey Sisters is worth taking a punt on, especially if you’ve ever enjoyed a Breakout clone. As far as adding ingenuity to the formula goes, it’s one of the best. But it’s also one of the most fiendish.