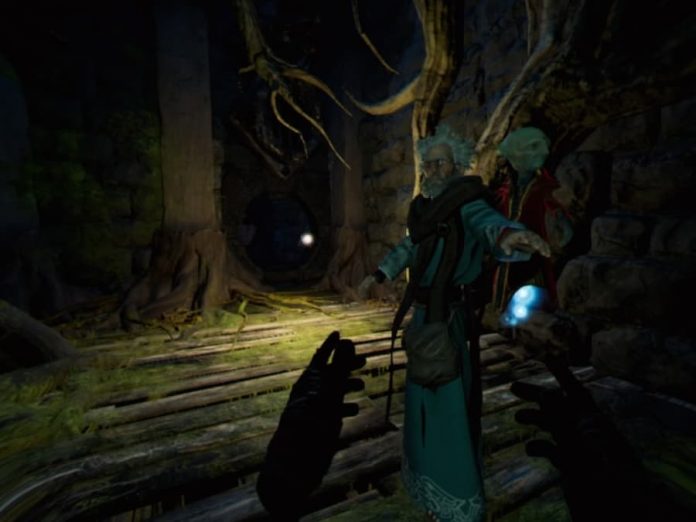 Virtual reality continues to grow, but its shortcomings are still present and persistent. Unfortunately, with The Mage’s Tale, it’s easy to see how far back PSVR sits.

The Mage’s Tale starts with a young apprentice following his master on a journey through a magical land. Your master is kidnapped by an evil being, leaving you and your master’s familiar to track down his kidnapper and bring him back. The deeper you go into the dungeons of this world, the more you wish you could find a quick way out.

Far from being the worst PSVR game but still nowhere near the head of the pack, The Mage’s Tale fails to inject its magic into many elements of the game.

The best parts of The Mage’s Tale are somewhat disconnected from the actual gameplay. In the hub world, the station where you mix and create spells is beautifully crafted and genuinely makes you feel like you’re brewing something special. Teleporting between the game’s hub world and the dungeons is also a great deal of fun. Holding your hand above your head creates a vortex of light around you as you teleport back home. It’s such a simple yet powerful addition to the game. In a world where you fail to feel magical in most situations, it’s nice to have brief moments where you truly feel like a mage. 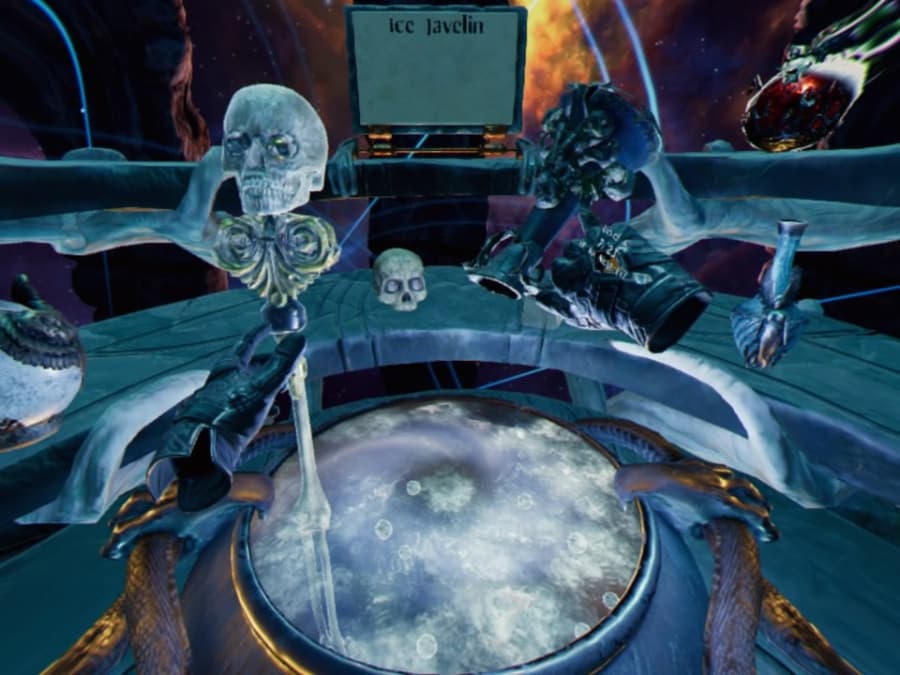 The animations of spells as they manifest in your hand are great, too. Each spell has its own unique audio, and watching them materialise as fireballs or ice spears right in front of your eyes is pretty cool. Easily switching between spells makes combat more approachable, though movement and combat falter for reasons outside of that. I really wanted more moments of The Mage’s Tale to make me feel like a mage in a magical world, but when I wasn’t mixing spells or hurling wind walls at goblins, I was busy feeling bogged down by shoddy controls in a dim world.

The first thing I did after getting my second spell was try to dual-wield my powers: fireball in my right, lightning in my left. But no, sadly not. For some reason, you cannot dual-wield in The Mage’s Tale. It feels like a wasted opportunity; I’m a mage, give me power! Let me throw stuff from both hands. I kept my right hand as my spell-casting hand through the game, using my left to pick up objects and block attacks. Attacking enemies means locking onto them with your eyes, using tracking through the PSVR helmet. It sounds nifty in principle but it soon got stale; I just wanted to hurl ice spears and fireballs at will, but without locking on there’s little chance of making contact. Wind and electric powers, however, can be free-fired, and those came to be my main source of attack for that reason.

Movement in The Mage’s Tale defaults to short, teleporting movements, letting you bounce from spot to spot. It’s a common way that developers attempt to mitigate motion sickness, but personally, I’d rather just walk at my own pace, especially in a dungeon-crawling game. With the somewhat non-intuitive setup of the PS Move controllers, teleporting made traversing the world and battling enemies more problematic. When you have more than two enemies engaging you at once, it becomes a chaotic mess of bouncing forwards and backwards, hoping you don’t pivot in the wrong direction.

Thankfully, you can change the movement system in the options menu to allow for free movement. I’d highly recommend that you do, as turning it on drastically increases the fluidity of the game. Combat becomes more approachable, and exploration feels like less of burden. You’ll still have the option for short teleporting with one of your Move controllers, which is a nice touch. It may make you a little more prone to sickness, but for me at least, free movement made The Mage’s Tale much more pleasant to progress through. 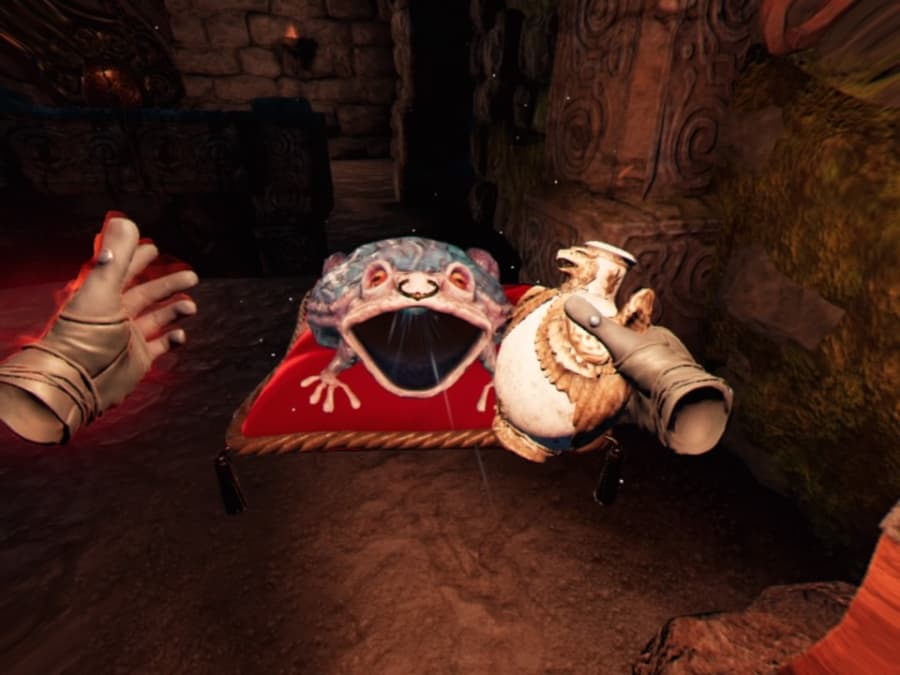 The Mage’s Tale is primarily a puzzle game when you’re not fighting or (to a degree) exploring. Earlier puzzles become a bit repetitive in nature after a while, but the late game experience provides some interesting puzzles that actually require some thought and level-examination to solve. I do praise The Mage’s Tale for not holding your hand when things get tough. In one spot, I was searching for a relic for a good ten minutes before I found it. In those moments, VR is special. You get lost in that world, turning over every table or book, looking for something. You’d forget you were in a fake world if it wasn’t for the lightning in your hands or the less than perfect graphics.

You meet some interesting characters along the way, but they are unfortunately short lived. Your master’s familiar is, at first, a smarmy sidekick – but in a good way. However, his humour becomes repetitive and he seems to hate you for no good reason after a while. Talking walls, enemies, and other NPCs are far more interesting and feature some pretty good voice acting. In terms of the audio side of the game, I have to give a huge shout-out to the music that plays during the loading screens. Those mystical chants/songs have such a beautiful, mystical feel to them. Some are like jigs; others haunting ballads. They are all sensational.

Despite its initial allure, The Mage’s Tale just didn’t connect with me in the long run. PSVR has some incredibly high notes, and some pretty low lows, and this game sits comfortably in the middle. It doesn’t do anything exceptionally well, and its shortcomings are somewhat tied to the shortcomings of the format it’s presented on. The Mage’s Tale has some great elements, but the whole of the experience left me feeling a bit underwhelmed.

I’d buy a CD of those loading screen songs, though.

The Mage’s Tale is available on PC and PS4. We reviewed the PS4 version.

Update 13/02: We’ve updated the review to make it clear that the game supports both free movement and teleportation-style movement, which can be changed in the menu.