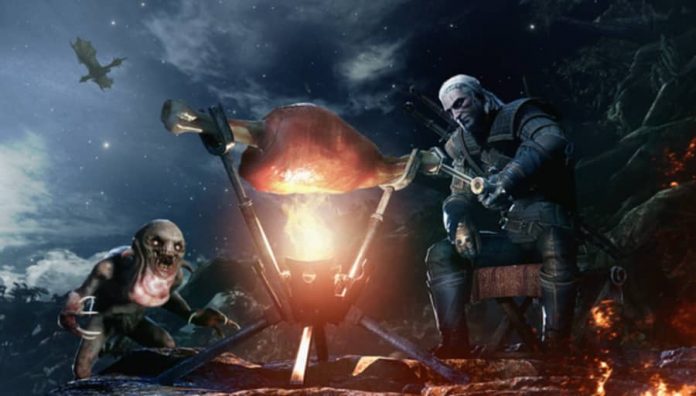 You may have thought that Geralt’s story was over, but he’s been making his way all over the gaming universe.

CD Projekt Red together with Capcom invite players to take on a new monster hunt as The Witcher 3: Wild Hunt themed content makes its way into Monster Hunter: World.

This crossover content revolves around a new, original quest line available to all players who reached Hunter Rank 16 or above. Staring Geralt of Rivia, “Contract: Trouble in the Ancient Forest” tasks Geralt with tracking down and dealing with a force known as the Leshen. Defeating this creature will require Geralt’s arsenal and abilities. Players will also engage in dialogues with other character influencing how the story unfolds, a trope many players will be familiar with from The Witcher 3.

Starting February 15th, players at Hunter Rank 50 or above will be able to put their skills to the test in a challenging multiplayer event, pitting them against a deadlier form of Leshen. “Contract: Woodland Spirit” will only be available until March 1st.

Completing “Contract: Trouble in the Ancient Forest” will earn playing unique, Witcher-themed items, resources for crafting Geralt’s armor and weapons set, a unique skin and weapon for the players palico companion, and new gestures, titles, pose and guild card backgrounds. It will also reward players with resources they’ll need to craft the armor and weapon set of Ciri, another character from The Witcher 3: Wild Hunt.

This new collaboration is currently available for download on PlayStation 4 and Xbox One and is set to be coming to PC at a later date.

If You Already Own The Witcher 3, GOG Wants To Give You Another Copy For Free