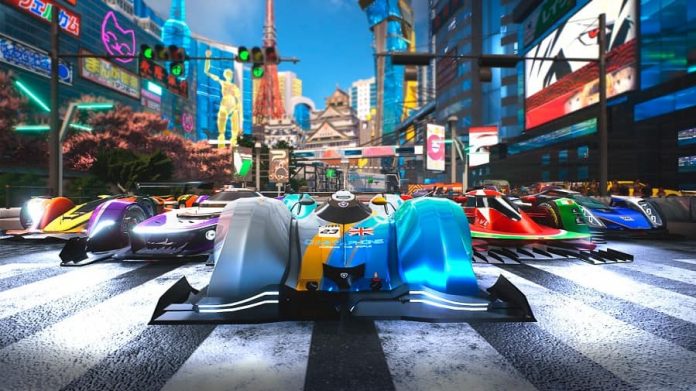 Due to the continued absence of a new Ridge Racer game, I’m quite looking forward to Xenon Racer.

I played a bit of bit during the closed beta that took place a short while ago, and I found that it really did fill that Ridge Racer shaped hole left in my life. But you don’t have to take my word for it – you can now try it for yourself.

The Xenon Racer open beta starts today on PC and runs until 6th March. And unlike the closed beta, the open beta even features steering wheel support. If you’ve got any Logitech, Thrustmaster or Fanatec wheels lying around, chances are you’ll be able to use it to drift around Xenon Racer‘s tracks.

Both Fast Race and Online Multiplayer modes are available in the Xenon Racer open beta, allowing you to take on the CPU or other human players. In those modes you’ll be able to compete on two tracks – Tokyo Garden and Lake Louise Forest – and will have access to two cars, each with standard and performance variants. There’s also a car skin that will be exclusive to open beta players.

If you want to take part in the Xenon Racer open beta, head on over to Steam and download it. It starts at 18:00 CET. For the duration of the open beta, there will also be two competitions running, offering ten players the chance to win a copy of the game for free. Four copies of the game will be given away to those who top the leaderboards of each track (they’re also playable in reverse), while six copies will go to those who take the best pictures in photo mode.

While the open beta is only running on PC, remember that Xenon Racer will also launch on PS4, Xbox One and Switch on 26th March.