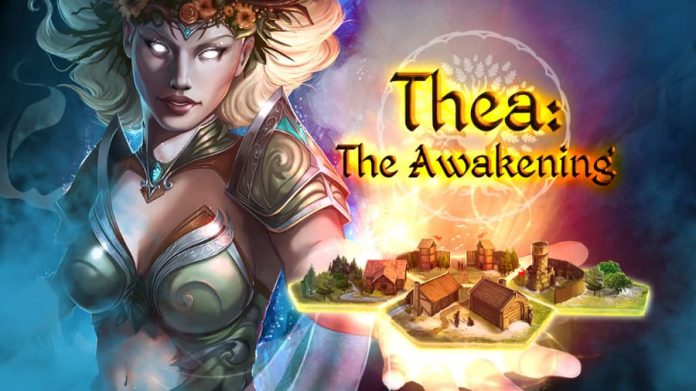 Thea: The Awakening feels a lot like a cross between The Settlers of Catan board game and The Witcher 3, which is an impressive feat.

Released for PC back in 2015, Xbox One and PS4 in 2017, finally developer MuHa Games has brought Thea: The Awakening to the Switch. And, naturally, Nintendo’s handheld hybrid makes the ideal platform for the game.

After an apocalyptic event caused by The Darkness (who don’t believe in a thing called love) the game’s world, based around Slavic myth, is overcome with monsters. And with no heroes or monster killers left, it’s down to you to build your settlements, train the villagers, and prepare for battle once more.

Sounds like they could use more Geralt of Rivia in their life – and who couldn’t? Thea: The Awakening actually goes some way in creating a world similar to The Northern Kingdoms. There’s a background to many of the characters, and the monsters too hark back to Slavic folklore. Sadly, what’s missing from Thea: The Awakening is any sense of depth. There’s a lot to enjoy, but it leaves the feeling that it could be so much more.

Thea: The Awakening begins in a really intriguing way. An elder character recites the story of The Darkness, and speaks of the hope that a new hero builds a fight against the new enemy. From there you get to pick your character; there’s a choice of two from the beginning, each with their own heroic background. From there you’re thrown into control of your first settlement: a village with people ready to be ordered. 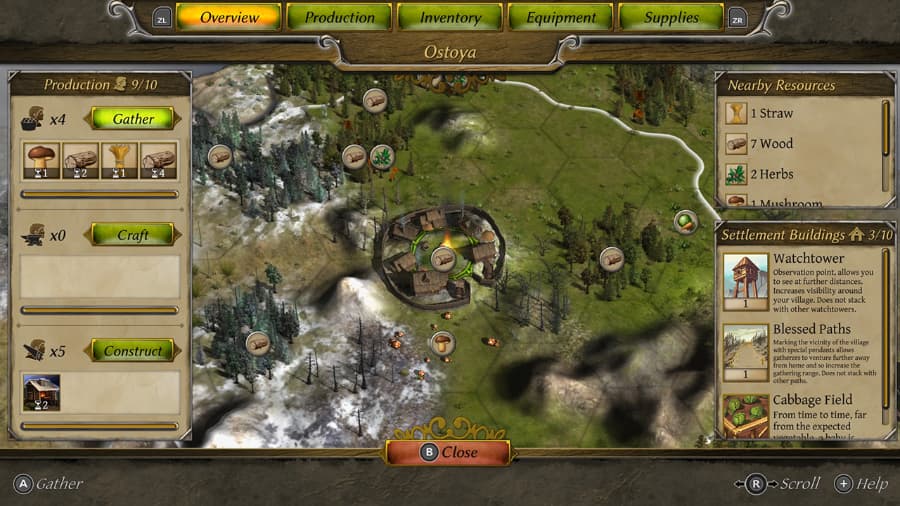 A quick tutorial – one that is far too short – explains that your villagers need to be fed well, so harvesting food should be the first priority. But there’s many options for these villagers to also craft items and find new resources. Thea: The Awakening will only progress when you tell it to, in a turn-based style, so you can fully prepare before moving on, giving you time to reap the rewards of the villagers’ hard work. It’s a very rewarding early stage.

The map is shrouded in fog at the beginning of the game, and you’ll soon find that you’ll want to venture further away from the original village to find new items. You get to decide which villagers leave, and which stay to continue to harvest food and craft items. Those who set out to explore can also be set to work in their new destination. The map is set out in hexagons (similar to Settlers of Catan), with each having different resources available. The villagers need food in order to be able to progress as far as they can each turn. It’s a really fun dynamic, but the lack of hand-holding will leave many confused and lost.

There’s always the option to separate the villagers into smaller groups to have different voyages taking place. Traversing further unveils more of the map, and also reveals more crafting materials around. The aim to is travel as far as possible, and conquer the map. More settlements means more villagers, more training, more equipment, and more of a chance to defeat The Darkness. 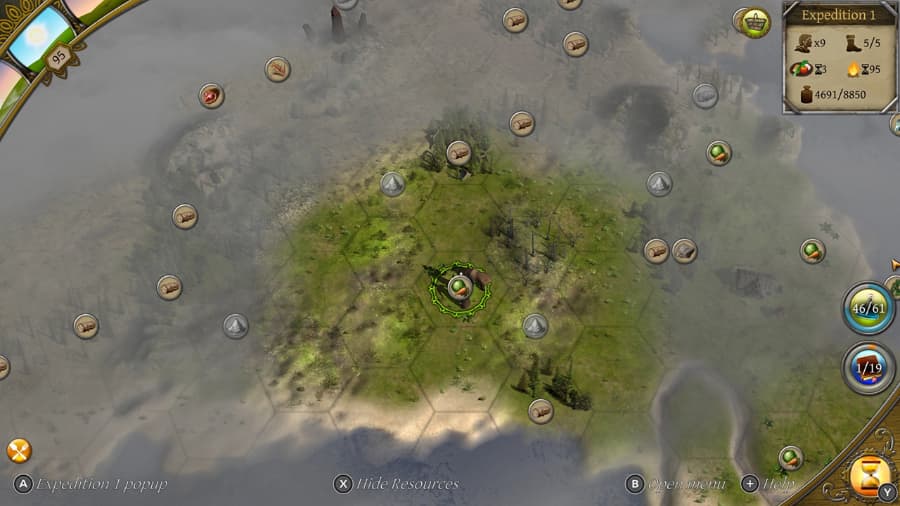 Sadly, it’s not as easy as it sounds to get to that point in Thea: The Awakening. Again, the tutorial is incredibly sparse, and it’s not a walk in the park to get the required equipment. As food can run out quickly, the choices you make matter a lot. These earlier stages are pivotal moments for success, but a bit more of an explanation would be really beneficial.

Some of the most entertaining parts of the game are the random challenges that can appear. They’re almost like picking up a Chance card in Monopoly, and provide you with a decision to be made. Often they’ll involve whether you want to continue to fight a monster, or retreat. Sometimes they’ll even be events which question whether you want to cross a certain area even if there’s a risk to it. They add really fun story elements, and the sense of choice makes your role feel that much more important and hands on.

Thea: The Awakening has a combat system based around a card game: each villager is represented as a card, as is each enemy. You have to choose which cards to play at which time, and the turn-based battle style shows how each character takes damage and inflicts it. 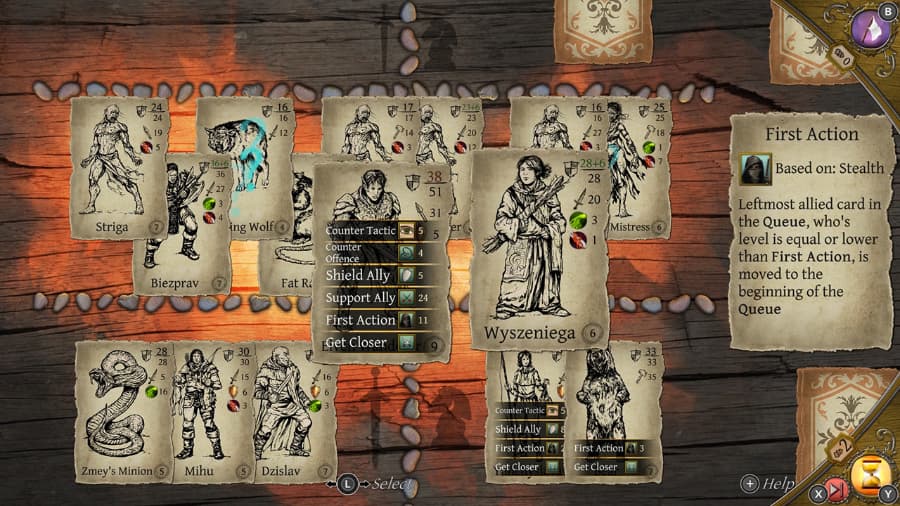 This style of battling makes the development of each villager feel much more important and impactful. Sadly though, the actual card battle is very simple and really doesn’t really lend itself to using much tactical flair. It’s not Gwent; it’s basically a case of playing your most powerful card first. It’s a real shame that more thought hasn’t been put into the depth of the battles, especially considering that a lot can go into developing these villagers.

Perhaps it’s too harsh to criticise the shallow story of Thea: The Awakening. Even without  a deep narrative, it’s a game that offers up an engaging turn-based adventure with plenty of new features to the survival genre. But, with the amount of Slavic lore included within Thea: The Awakening, it feels like a missed opportunity for a fascinating plot and intriguing characters.

Despite its disappointing combat system and its missed opportunity for providing a more engaging story, Thea: The Awakening still manages to be a riveting game that’ll keep you hooked for hours. There’s a lot to the adventuring component, and the challenges are fun. Don’t expect much hand-holding, but expect the challenge to be enjoyable and tense.

Thea: The Awakening is available on PC, PS4, Xbox One and Switch. We reviewed the Switch version.