It’s the month of love and we love rotting our brains with video games. I’m sure lots of us are still beavering on with the Resident Evil 2 remake. And those who aren’t once again dabbling around in Anthem will probably be contemplating how to get away with killing Goofy in Kingdom Hearts III.

If there’s one thing that you can always rely on, it’s that the folks here at GameSpew are always playing games. Check out this week’s list of what we’ve been playing.

Rich: Most of my time this week has been spent playing a game I can’t name. But you’ll soon be reading about it. Aside from that, I’ve had a lot of fun playing through Suda51’s Killer7 again now that it’s available on PC, and have also spent some time previewing Outward. It’s promising, Outward, but man, my first hour or so with it was frustrating.

I’ve played more games, too, of course. I’m always playing games, it would seem. I really enjoyed Bladed Fury, so can easily recommend that if you’re after a short action game that looks great. While Travis Strikes Again: No More Heroes, Unruly Heroes and Downwell have also eaten up some of my time. And Xenon Racer. Yes, I’ve been busy. But good busy. And there are still so many games to play. *Sigh*

Kim: Since it arrived into my life on Tuesday, I’ve spent pretty much every minute I’ve been able to spare playing Kingdom Hearts 3. I’m onto the third world, but feel like I’ve barely made a dent in it. Despite it feeling very much like a Kingdom Hearts game, for better or worse, I’m having a great time with it. Here’s my thoughts from my first few hours, if you want to know more.

I’ve also been ploughing away (literally) at Farm Together, a sweet little farming sim that arrived on Xbox One a couple of weeks ago. I’m having fun with it, but it’s packed full of elements that feel like they belong in a microtransaction-enabled mobile game, which sours the experience somewhat.

On Switch, I played through Sphinx and the Cursed Mummy, a remaster of a PlayStation 2 third-person action adventure. It certainly shows its age, but it’s pretty fun for what it is.

Becca: This week I spent a lot more time playing the remake of Resident Evil 2. I finished up my Leon A playthrough and have got pretty far into Claire B. I found it incredibly refreshing how, even though a lot of the game is the same, Claire’s playthrough is distinctly different from Leon’s in a lot of ways so you really get the opportunity to play the game as though its brand new a second time.

I also, despite my better judgement, played a few hours of Dead by Daylight. The new Lunar New Year event just dropped on the 30th which means new outfits. Feng, Ace, and The Huntress have all gotten some lovely new digs. It’s just a shame that even though it’s the year of the Pig, Dead by Daylight‘s The Pig can’t get a new outfit due to being a licensed character.

Finally, I played some of The Walking Vegetables because I just can’t get enough zombies. In this case, the zombies aren’t reanimated humans but reanimated veggies and fruits threatening to make me eat healthy, exercise, and get a full eight hours of sleep every night. My worst nightmare.

Stan: Reality is the worst, right? Sometimes I struggle to understand why work is a thing now that we have video games. I have so many I want to play, but just not enough hours in the day. I have managed to get some time in on Football Manager Touch 2019 on the Switch, but only enough to finish the season I was midway through last week. Having said that, finishing 13th in the Premier League is almost enough to make me forget about the woes of work!

Funnily enough, during this time of having my gaming muted, I’ve been reflecting on silent protagonists, and why the silent protagonist can be the loudest of all. It’s such a beautiful art, and one that really is exclusive to gaming. I’ve also been pining for some more precious gaming time so much that I’ve looked back on some precious memories: the 10 best Tolkien games ever made (see why I kept on repeating precious? I’m so clever…) Let’s hope that next week is a more gaming fulfilled adventure for me. This was a bit of a Boromir week. 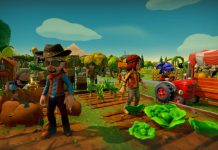 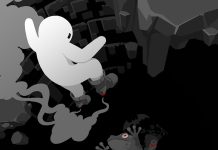