Phew. Don’t know about you guys, but we’re ready as hell for a rest.

Today, four ‘big’ games have launched: Jump Force, Crackdown 3, Far Cry New Dawn and Metro Exodus. And through the week, we’ve seen plenty of smaller titles release too. Needless to say, we’ve been busy. And we’ll continue to be busy over the weekend with so many new games to play.

In the meantime, I think we deserve a nap, though. Here are the games we’ve been playing over the last week. What about you? Tweet us at @game_spew to let us know. Have a great weekend, everyone!

Rich: Unless you’ve been living under a rock, you’ll have seen that I reviewed Crackdown 3 this week. As a massive fan of the original game, I absolutely loved it. It appears that many others didn’t. I guess some people don’t like to have fun, or were expecting it to have some kind of groundbreaking story or something. I dunno. All I know is that it’s Crackdown but bigger and better than ever before. And that’s all I wanted from it.

I’ve spent many hours playing Jump Force this week, too. Its combat is genuinely entertaining, but its lobby and unnecessary story – which is also very poorly presented – really bring it down. Still, if you want to beat up Fist of the North Star‘s Kenshiro as One Piece‘s Luffy, there’s plenty of fun to be had.

Finally, I’ve also played a bit of Metro Exodus on PC. It’s the first game that really shows off the benefits of Ray Tracing, so, if you’ve got an Nvidia RTX graphics card, there’s even more reason to buy it.

Kim: I’ve spent a few evenings this week playing Evoland: Legendary Edition which has just released on consoles. It’s a compilation of both Evoland and Evoland 2, which have been available on PC for some years. It’s a lovely RPG that’s both a video game history lesson and a grand adventure in its own right. Look for my review early next week. In between, I’ve enjoyed completing puzzles with Glass Masquerade, a relaxing stained glass jigsaw game that released last week.

And since Nintendo announced (and released) Tetris 99 during this week’s Nintendo Direct presentation, I’ve played (or thought about) little else. Battle royale games have never been my jam. But Tetris? That’s my jam on toast. (Not sure that’s a saying; it is now.) It’s brutal and frenetic, but it’s a hell of a lot of fun. I’ve been down to the top 6 before. My task for the weekend is to secure #1 glory…

Stan: This week I’ve continued to progress in Kingdom Hearts 3. Again, there’s just far too many cut scenes for my liking. And the story? Completely lost. But I adore the Disney aspect, and will continue to play until it’s completed. I’m pretty much like Hercules trying to prove himself to Zeus…

I’ve also been delving into the world of Thea: The Awakening. It’s a fun survival based game with hints of both The Witcher 3 and Settlers of Catan. Sadly, I don’t think it truly lives up to its potential, but it’s a fun game nevertheless. I’ve also been playing Football Manager 2019 Touch on the Switch, but having just lost my best keeper due to a minimum transfer fee, and being at risk of losing other players, I think I’d rather not talk about that for now.

Matt:  I have finally taken the jump into Apex Legends this week and I am having a lot of fun with it. I’ve never been attached to the battle royale genre as a whole, but Apex Legends is undoubtedly the most fun I’ve had with the genre. It’s extremely smooth and the engagements with enemies are tense and exhilarating. I’ve also put a few hours into Metro Exodus, which I’ve enjoyed so far but haven’t had enough time to truly explore quite yet. Right now, every day is just a countdown to Sekiro: Shadows Die Twice. 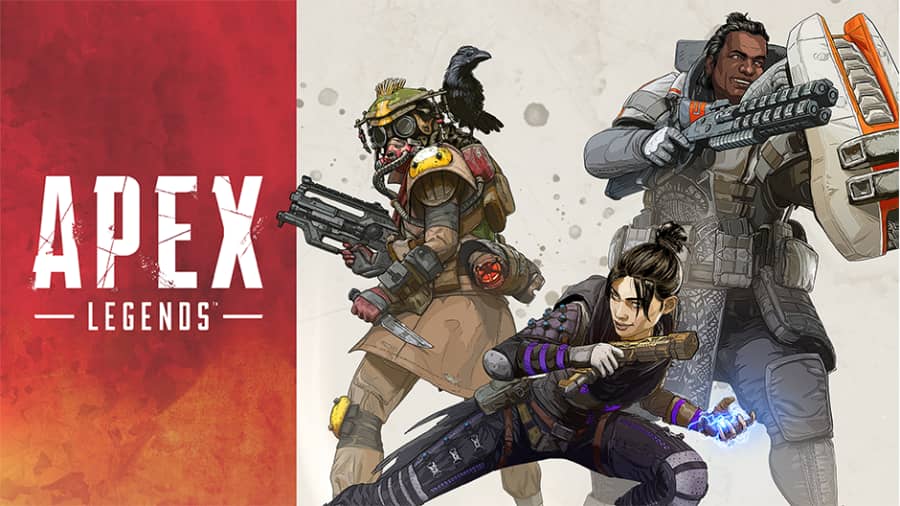