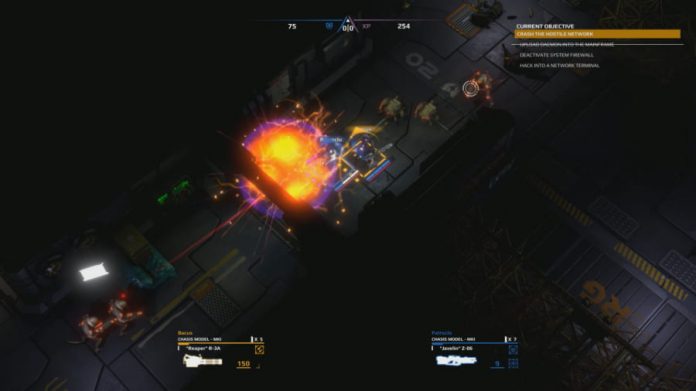 I might be the only one, but when I think of twin-stick shooters I think Housemarque.

Sure, they’re not the only development studio to have made successful twin-stick shooters in the past, but titles such as Dead Nation, Alienation and Nex Machina have been my favourites. Now that Housemarque are moving away from the arcade shooter genre, however, I need to look elsewhere to get my fix, and Bacus Studios looks like it might be delivering the goods with Trident’s Wake.

Just like Housemarque’s greatest hits, Trident’s Wake is a twin-stick shooter that can be played alone or in co-op. Either locally, or online. In terms of atmosphere it sits somewhere between Dead Nation and Alienation – set on a colony ship that has been infested with aliens, there’s a constant feeling of tension and oppression, but as a remotely-controlled sentinel armed to the teeth, you’ll dare to take the fight to the enemy.

At times, you could be forgiven for thinking that Trident’s Wake is a game set in the Alien universe. The corridors and rooms of the Trident are very reminiscent of the Nostromo, and there’s a palpable dread each time you turn a corner. It’s only when you come face-to-face with the game’s alien aggressors that you’re reminded that this isn’t a licensed product.

Trident’s Wake‘s aliens are a varied bunch. The most common soldiers seem to be reptile-like, and use a range of weaponry. There are also small robots that swarm you, weird globe-like mechanisms that rush at you before exploding, and huge mechs that aim to ruin your day. For the most part you only have to deal with them in small groups, but when the time comes to get the hell out of Dodge, they usually show up en masse. 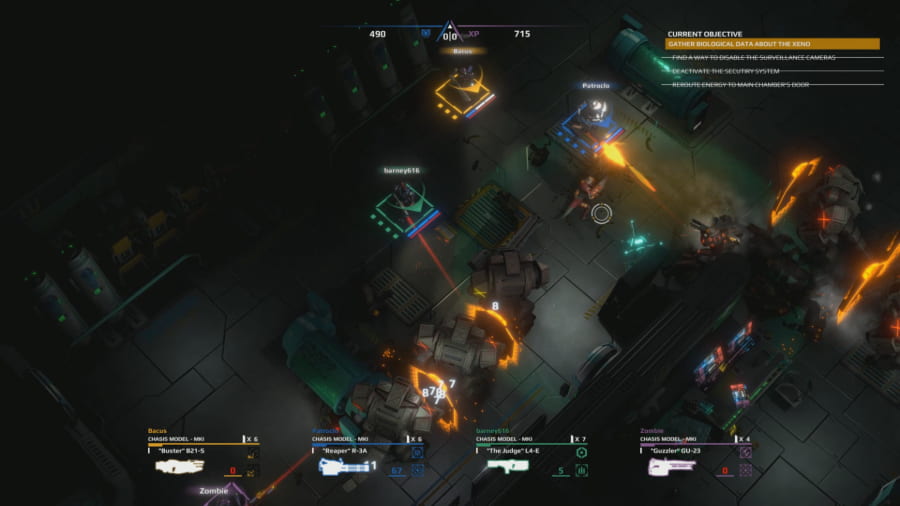 Missions in Trident’s Wake comprise of multiple objectives for you to complete. You might have to collect some research, for example, or deactivate security systems. Handily, they show up on your minimap, so you won’t be wandering around at a loss of where you need to go or what to do. Before each mission, you can apply a range of modifiers, too. Making the mission map bigger or your enemies stronger will undoubtedly cause you more trouble, but you’ll be rewarded for your struggle.

Complete missions and you’ll earn yourself some experience, and also make progress in your task of liberating alien-controlled sectors of the Trident. Levelling up and liberating sectors makes new sentinel units become available, each with their own strengths and weaknesses. There’s a wide range of weaponry and skills to unlock, too. They all allow you to develop a character that plays to your strengths, though when playing in a team it’s also wise to take into consideration the loadouts of other players. 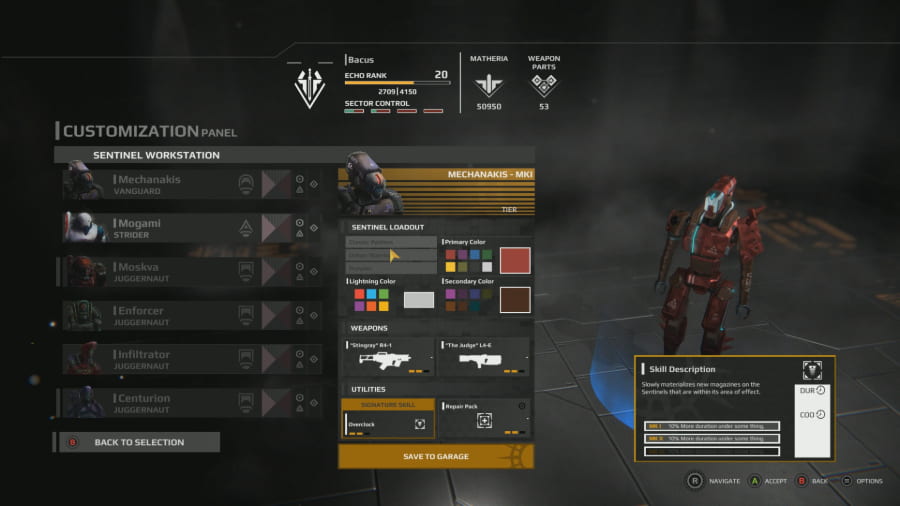 Trident’s Wake is currently in Early Access, with a final release planned for around April this year. The final release promises more content and some additional spit and polish, and with those things it should genuinely prove to be a solid co-op twin-stick experience. It doesn’t look like it will offer anything new to the genre at this point, but it looks like it will do everything well, and that should be enough for most players. It has certainly shown enough promise to make me eager for its completion.