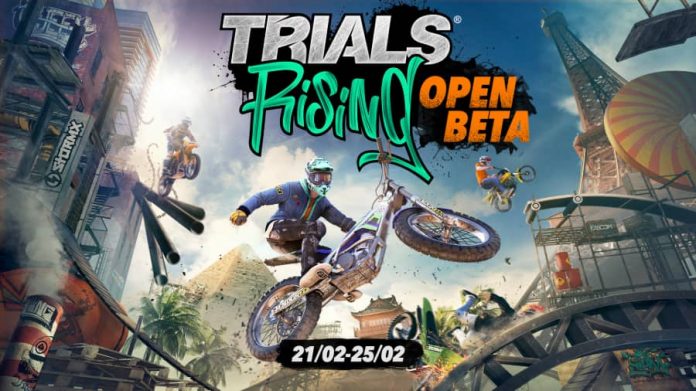 Rev up those bikes because Trials Rising is on its way.

Ubisoft announced today that Trials Rising’s Open Beta will begin February 21st through the 25th on PlayStation 4, Xbox One, Nintendo Switch and PC. A pre-download will be available starting February 19th.

This new open beta will allow players to get a little taste of what’s to come before Trials Rising’s worldwide launch on February 26th.

During the Open Beta, players will have access to certain features and progression flow, along with Global Multiplayer. This includes:

Get ready, set, and start those engines for when Trials Rising makes its way to the world on February 26th.