I love Rayman Legends. And also Rayman Origins. So without a follow up to the former title, which was released in 2013, the unveiling of Unruly Heroes had me a little excited.

I remember seeing it and thinking, “oh, that looks just like a Rayman game”. And then I discovered that its developer, Magic Design Studios, has a lot of team members that have previously worked at Ubisoft. Things suddenly made sense.

Unfortunately, while Unruly Heroes looks as good as Rayman’s latest outings, it doesn’t play as well. Another game inspired by the Chinese novel A Journey to the West, Unruly Heroes is a platformer that can be enjoyed by up to four local players. Four heroes are available – a monkey, a scholar, a pig, and… well, I don’t actually know what the last one is, but he’s strong – and when playing alone you can switch between any of them with the press of a button. And you’ll want to do so, because they all have their strengths and weaknesses.

Some heroes can double jump, for example, while others have the ability to float. Each hero also has their own special ability which can be used when a meter has been filled, and can make use of certain shrines to overcome obstacles. Needless to say, when playing by yourself, you’ll quickly find your favourite hero and will try to play as them as often as possible, but you’ll definitely need to change who you’re in control of from time to time in order to progress. 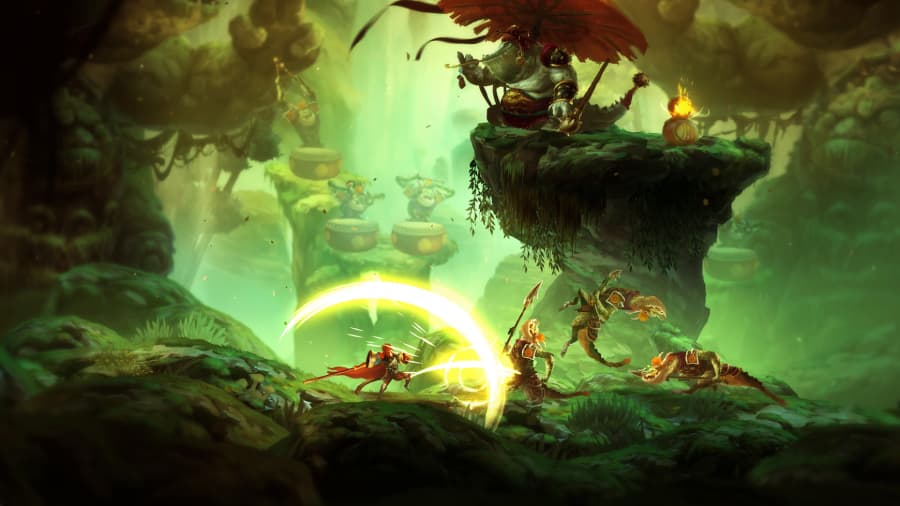 Like Rayman, Unruly Heroes‘ levels are quite a varied bunch. Some are more focused on platforming, and it’s these levels that Rayman fans will like the most because they’re mechanically very familiar. There are collectables, you can jump off walls to reach higher ground, and there are pesky traps and environmental hazards to avoid. The only difference is that Unruly Heroes feels a little bit rougher around the edges.

I’ve found myself stuck at an impasse on multiple occasions and wondered if it’s the result of poor game design or a bug. Instances of the former have been overcome by sheer determination, but the latter have required me to restart the game and lose some progress. Unruly Heroes doesn’t quite control as well as a Rayman game, either. It’s missing just a little bit of precision and responsiveness, sometimes making platforming a tad frustrating.

Combat also plays a large role in Unruly Heroes. You have standard and ranged attacks and can pass through enemies and their attacks with a handy dodge button, but ultimately, it all feels a bit messy. Unruly Heroes‘ combat is at its best when you’re just taking on one or two enemies at a time, allowing you to effectively dodge out of the way of their attacks and respond with some of your own. There are many times where hordes of flying enemies are sent your way, though, and combat just gets a little too hectic. In such instances, simply mashing the attack button while hoping for the best seems as good a response as any. 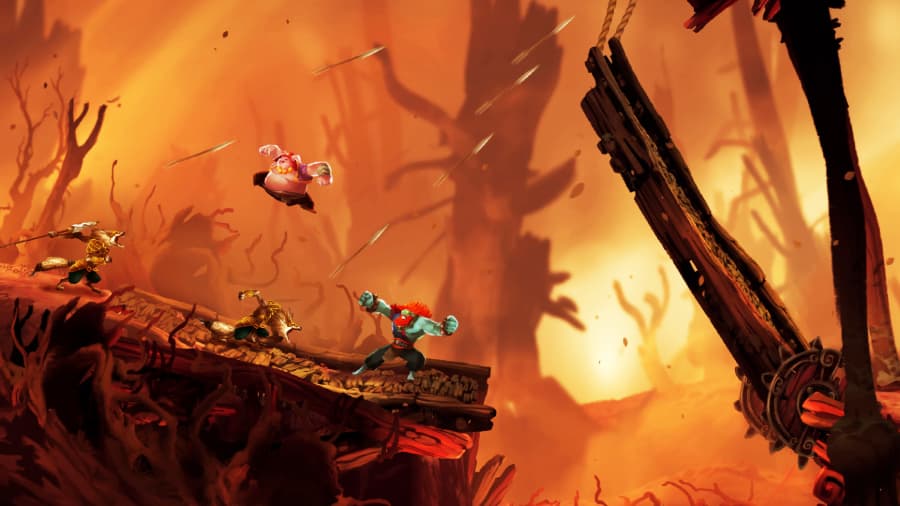 It’s when Unruly Heroes gets a bit more imaginative that it really comes into its own. Some levels let you possess creatures you’ve bested in combat, for instance, presenting new challenges and gameplay mechanics. You also get transformed into younger versions of the characters for a short while, who are unable to attack in a conventional manner. While the first half on Unruly Heroes gives the impression of a generic platformer, the latter half really does liven things up.

But there’s one thing that really puts a downer on all the fun: Unruly Heroes‘ unwarranted difficulty. If one of your characters dies in Unruly Heroes, you’re able to respawn as another. And, just like Rayman, a bubble will appear which when popped will bring the deceased character back into the fray. The trouble is, while sometimes you’ll select another character and be able to continue without any interruption, at other times the game will take you back a short distance.

Thanks to the less-than-perfect controls and troublesome combat, chances are you’ll find yourself dying quite a lot, which means repeating certain sections of the game time and time again. And each time, you might find yourself having to wait for ten seconds or so for the bubble of a deceased character to appear so you can revive them. The game’s bosses are another matter entirely. While they generally have three stages, abandon any hope of there being any checkpoints between them. Lose all four characters before you’ve defeated them and you have to restart from the beginning. And did I tell you that bubbles can be popped by them, preventing you from reviving any characters that have fallen? 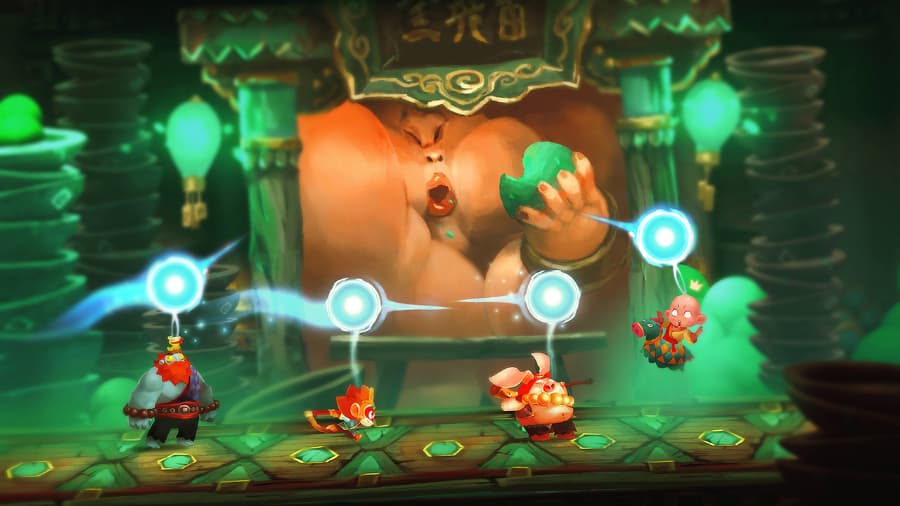 Some of Unruly Heroes‘ difficulty woes can be overcome by playing the game in co-op, but with it being local only, it’s not an option for everybody. Strangely though, there is online player versus player, but on Xbox One I haven’t been able to find an opponent via matchmaking. You’re either challenging a friend, or probably not playing Unruly Heroes online at all.

Despite Unruly Heroes‘ shortcomings though, it can be still be very enjoyable to play. With 25 levels and four boss fights, it’s quite a lengthy experience, too: expect to put at least eight hours into it for a playthrough, and if you want to unlock all of the characters’ additional skins, you’ll need to find every collectable. That will undoubtedly require to you play though many levels multiple times.

Unruly Heroes is one of those games that has a great amount of potential, but there are just so many little issues holding it back. Its beautiful visuals and flourishes of gameplay ingenuity are hampered by bugs, combat that doesn’t excite, and what often feels like an unfair level of difficulty. Some will be able to see past those issues and really enjoy what Magic Design Studios has managed to create, but others will unfortunately simply throw in the towel during the early stages.

Unruly Heroes is available on Xbox One, Switch and PC. We reviewed the Xbox One version.