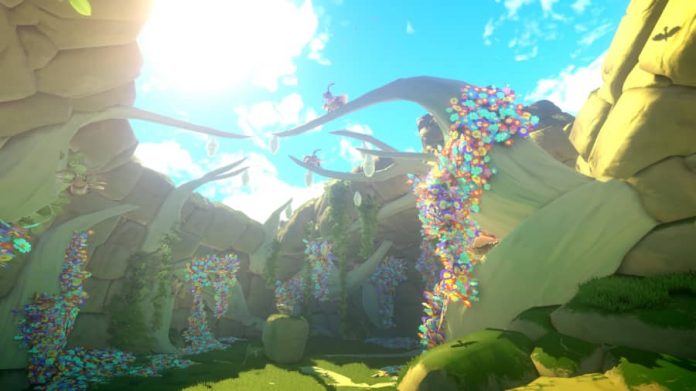 Sometimes it’s incredibly calming to play a game that encourages you to explore, craft, and adventure without the stress of time crunches or enemies.

Finally coming to Xbox One after its initial 2017 release, Yonder: The Cloud Catcher Chronicles from developer Prideful Sloth is the perfect game for when you want something relaxing, but still fun. There’s very little pressure to do things quickly so you really get some quality time with the game. Too often do we rush through games because it feels like we need to, but Yonder really seems to encourage slow progress.

After crashing on the island of Gemea, your character (created by you) finds themselves on the sunny beaches of the island. An evil substance known as the “murk” has started to take over. The Murk is like a purple fog, toxic to the creatures, plant, and human life of the island that could completely destroy the place if something isn’t done about it. What better person to take care of it than you?

There are a lot of things can you can do in Yonder, from fishing to farming to cooking. All of which contribute to the island in one form or another as many of the quests you’re given will be from townsfolk. You’ll also start with your own down-trodden farm roughly near the beach where your ship was wrecked. Once you’re all settled, there are seven other environments to explore on the island, including a wintry iceland. You’ll discover many of these lush, unique and strange areas by following Yonder’s loose storyline, but the game also encourages you to take your own path. If you do, you’ll find even more is waiting for you right around the corner. 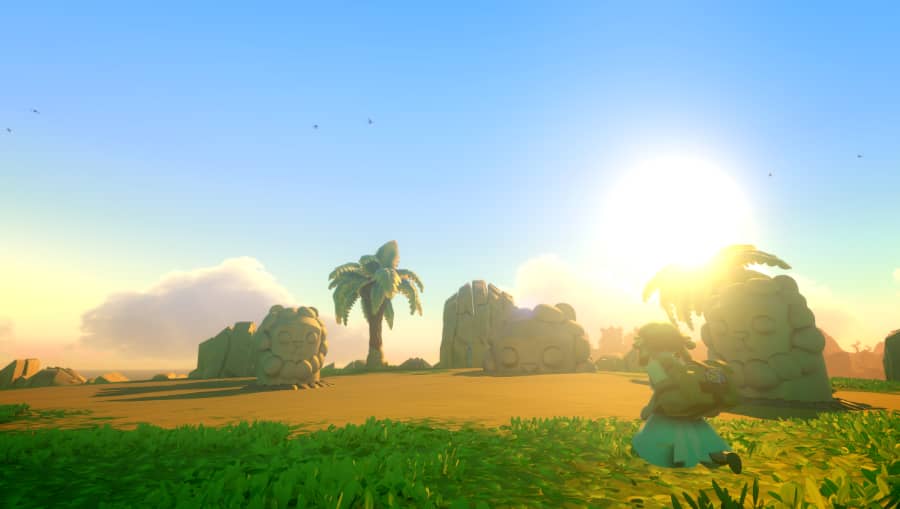 You may be thinking that Yonder sounds like a game without much substance, but it really is quite the contrary. There’s so much to explore and discover that you won’t care about the game not having enemies or a really aggravating conflict. It isn’t difficult to cleanse the Murk and when you’re a couple hours in and you’re focusing on crafting that new item you’ve been trying to get the materials for. You’ll be thankful that you aren’t having to worry about zombies attacking your home that night.

Yonder: The Cloud Catcher Chronicles might not have a heavy story or intense combat, but it is hands down one of the most relaxing and pleasant games I’ve ever played. Taking hints from Harvest Moon or Animal Crossing, it isn’t meant to make you frustrated or force you try and solve difficult puzzles, it’s just plain and simple fun. And sometimes, that’s just what some of us need after a stressful, long day.

Yonder: The Cloud Catcher Chronicles will be available on Xbox One on 27th February. It’s already available on PC, PS4 and Nintendo Switch. For more information on Yonder, read our full review of the PC version of the game.