1What we’re hoping to see in Elder Scrolls 6

Since, then Skyrim has been re-released multiple times on various devices, but the core has always remained: Skyrim is a full world desperate to be explored.

It’s no wonder that anticipation for Elder Scrolls 6 has been huge, despite the lack of details around the next instalment to the franchise. In fact, in an interview with PC Gamer, Bethesda’s vice president, Pete Hines, explained that “it’s an additional ask” to constantly release trailers and news for Elder Scrolls 6. That means that it’s unlikely that much else will be released until Elder Scrolls 6 is near completion.

But the Guild of GameSpew has come together and created a new Elder Scroll; one that can be read by all, Dragonborn or not. It reveals a type of prophecy, a deep wish, of the 10 things we want to see within Elder Scrolls 6. 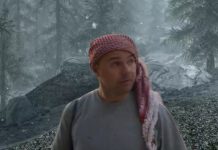