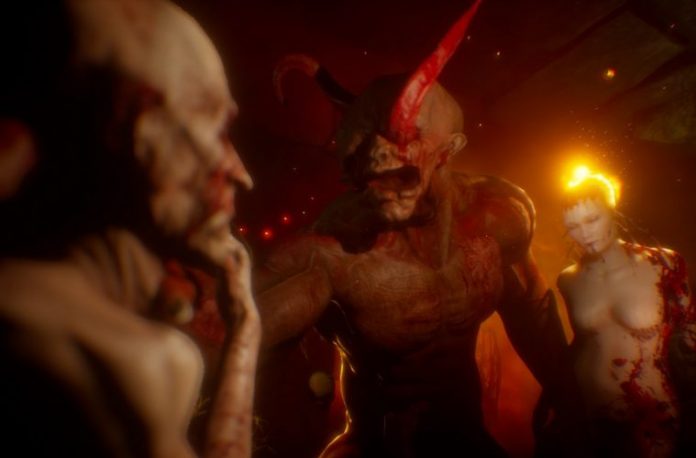 When Agony released last year, it really did live up to its name.

I personally couldn’t stand playing it on Xbox One because it was that awful. Its murky visuals and boring gameplay were made even more insufferable by its performance problems. Eventually it was patched though, and became a little more bearable.

Thanks to the success of the uncensored version of Agony that was made available on Steam sometime after the original game’s launch, another patch for the console version aims to make it even better. Available now on PS4 and coming soon on Xbox One, Agony‘s latest patch includes enhancements such as improved texture quality, new puzzles, a new character development system and more. It even introduces a new world map and mini-map. Many of these improvements are the result of Madmind Studio’s work on the uncensored version version of the game, which was received much more favourably.

Agony Unrated‘s success also means that the development studio’s upcoming titles Succubus and Paranoid are also pretty secure. Hopefully they won’t be plagued with launch issues like Agony was. In any case, if you were thinking of trying out Agony, or already have a copy sitting in your pile of shame, there’s probably never been a better time to play it.