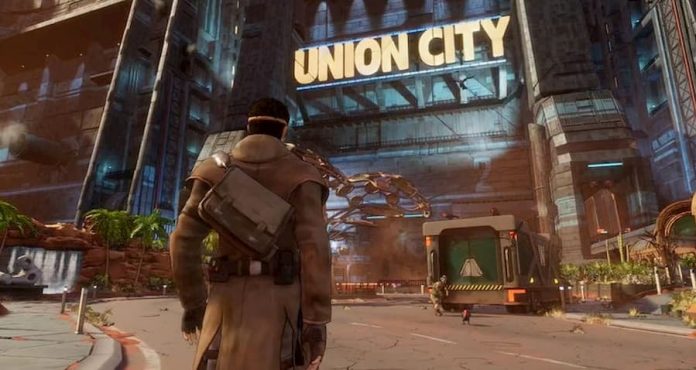 The follow-up to the classic 90s dystopian cyberpunk adventure Beneath a Steel Sky is coming in 2019.

Revolution Software has announced it has reunited with legendary comic book artist Dave Gibbons to create the long-awaited Beyond a Steel Sky. The game is set to launch in late 2019 with a thrilling story of loyalty and redemption set in an eerie and terrifying world of AI-driven social controls. The tale is woven with humour supported by Gibbons’ acclaimed artistic style.

Beyond a Steel Sky is an ambitious adventure in which intelligent, humorous emergent gameplay drives an edgy narrative. The game is set in a dynamic, bounded-sandbox world that will respond to and be subverted by the player’s actions. The game characters, driven by advanced AI tech, are willful and motivated.

Beyond a Steel Sky will feature a unique, rich game experience in a bounded sandbox world, interwoven with a deep narrative, a story that enables players to profoundly affect and subvert the game world and its characters, intuitive controls, custom-written graphics and an original comic book vignette to be created by Dave Gibbons.

Beyond a Steel Sky premiered during the Apple Arcade sneak peak shown during Apple’s event yesterday. Check out the keynote below.