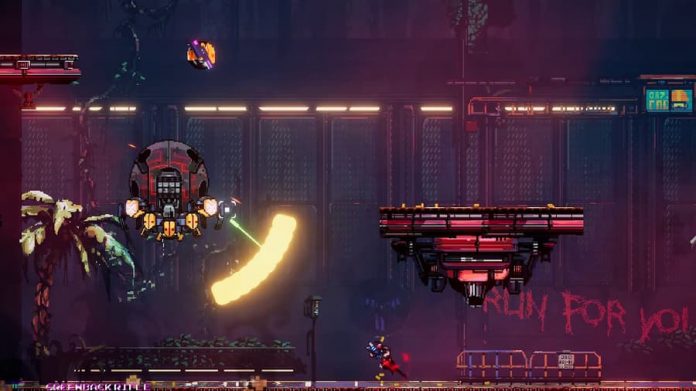 Black Future ’88 plunges you into a procedurally-generated future where everything is awful, and awfully pink.

Black Future ’88 teaches us a valuable life lesson. If you’re already living in a post-apocalyptic future, don’t build a huge automated murdertower; it won’t end well. But, since the murdertower is up and running, it’s down to you to sort it out by blasting your way through its many floors. Die, and you’re back to square one, albeit with the benefit of any characters you’ve unlocked.

What makes Black Future ’88 stand out from the crowd of other procedurally generated shoot-em-ups is its eighties styling. The game, currently in beta, apes the shlocky post-apocalyptic movies of that era, sporting a neon aesthetic and a pounding synth soundtrack.

The icing on the cake is the announcer who utters some amazingly awful lines of dialogue. You can be bounding across the game’s platforms, gleefully blasting away at neon-tinged foes when a disembodied gravelly voice remarks that lives are “being cashed in like so many pawned wedding rings”. His utterances will still strike a chord with anyone who’s had the misfortune to watch R.O.T.O.R. or other 80s shlock.

But there’s more to Back Future ’88 than its eighties veneer; it’s a fun little game in its own right. Even though the single-screen levels are relatively cramped, you can periodically phase through bullets which means you’ve got a chance at dodging your demise. It’s an ability that saved my character’s bacon on more than one opportunity. The enemies you face aren’t numerous but they’re visually appealing and aggressive and well armed enough that, if you don’t keep moving, you’ll be as dead as shoulder pads. 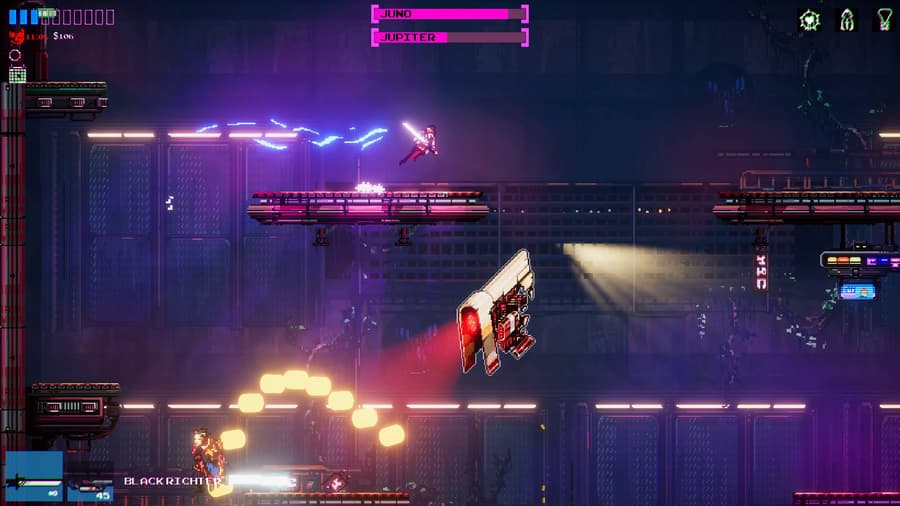 What’s particularly surprising is the provision that Black Future ’88 makes for close-quarters combat, even though it’s primarily a shooter. After working my way through the game’s arsenal of weapons, I settled on a sword simply because I was able to take out several of the amusingly ridiculous bosses up close. I was mildly disappointed that the sword didn’t glow, but the damage it did was ample reward for the risk I was taking by getting in the bosses faces.

There’s little story to speak of but that’s also true of the 80s films the game draws inspiration from.  I certainly enjoyed my time with Black Future ’88, despite the permadeath feature (always a risky gambit) and it looks superb. While no firm release date has yet been announced, Black Future ’88 will be coming to PC and Nintendo Switch in the near future. 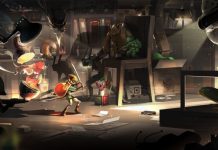 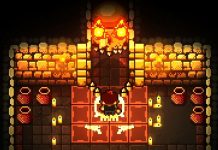 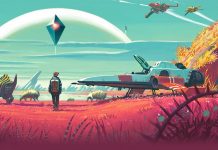