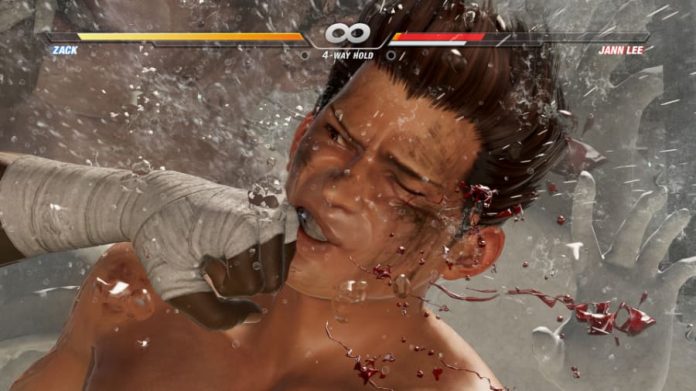 Dead or Alive isn’t the most sophisticated fighting game series around, but I love it. And no, not for its eyebrow-raising jiggle physics.

As fighting games go, it’s possibly the most fast-paced, and it’s also wonderfully accessible. I mean, with one button to punch, another to kick, another to throw your opponent, and another to do counters, just how simple can you get? Dead or Alive is the fighting game equivalent of a summer blockbuster movie: massively entertaining and enjoyably undemanding.

The latest addition to the series, Dead or Alive 6, isn’t really any different, though it does bring a new button into play. The ‘Special’ button allows players the chance to pull off a Fatal Rush, a risk-free combo should the first hit land. And if the new Break Gauge is full, it can be finished off with a painful looking Break Blow. Break Blows can also be performed separately to Fatal Rushes, and the Special button has other uses, too, like performing Sidestep Attacks and Break Holds. Some of these moves deplete the Break Gauge, others don’t, meaning they have to be used effectively to secure victory.

The new Special button doesn’t revolutionise Dead or Alive 6‘s gameplay, but it does refresh it somewhat, even though Fatal Rushes and Break Blows are effectively Critical Bursts and Power Blows reworked. Combat is a little more tactical; more unpredictable, adding more excitement to each bout. Dead or Alive 6 feels like Dead or Alive, just refined that little bit further.

So the combat’s good, but what about the content? That’s perhaps where Dead or Alive 6 lets itself down a little. Dead or Alive 6‘s story mode is hugely disappointing. It’s just a grid of story scenes and standard one bout fights that you’ll be done with in a few hours. And to make matters worse, the story scenes aren’t even all that well produced, with poor lip syncing and a general of visual quality. At least on PC, anyway. 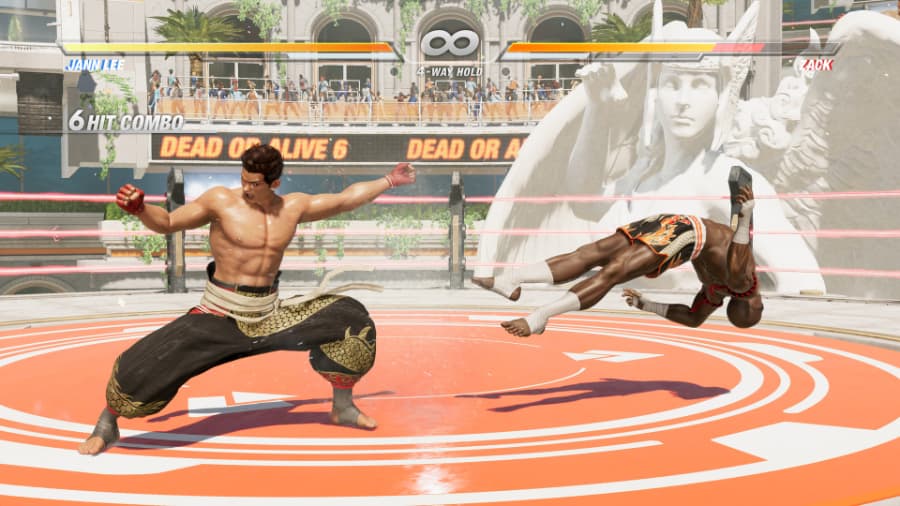 Thankfully Dead or Alive 6 has enough to do outside of the game’s story mode to keep you more than occupied. There’s the usual suite of training modes to be found, online matches are available (though lobbies are to be patched in after launch), and there’s also arcade, survival and time attack modes to work through. By far the best mode in Dead or Alive 6, though, is DOA Quest, which offers up nearly 100 missions for you to complete.

What’s great about DOA Quest is how it challenges you to make use of all of the game’s mechanics while providing quick access to tutorials for them. It makes a fantastic entry point for those new to the series, and as the difficulty ramps up even experienced Dead or Alive players will find themselves challenged. DOA Quest mode is also where you’ll be unlocking the majority of the game’s additional content.

As usual, each character has many costumes available in Dead or Alive 6, but most of them will need to be unlocked. Pattern Parts are what you require to do so, and while they can be earned by playing online or in any of the game’s standard fight modes, DOA Quest mode is where you’ll most easily accrue them. The only problem is you can’t target a specific character’s costumes, meaning you just have to keep unlocking Pattern Parts while hoping they get allocated to the costumes you most want to unlock. 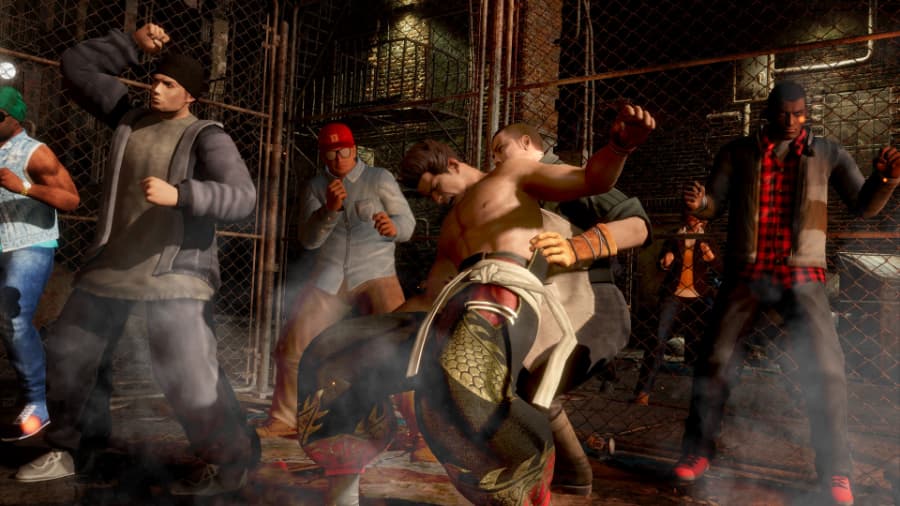 Aside from costumes, there are many Dead or Alive encyclopaedia entries to unlock, too. Chances are most players won’t give two hoots about them, but for those who like to dig deeper into the stories of the games they’re playing it’s a nice addition.

Character-wise, Dead or Alive 6 doesn’t really do much to impress. The usual Dead or Alive favourites are here – Kasumi, Hyabusa, Ayane, Jann Lee, etc. – but there are just two new additions, and they’re both ho-hum. Diego comes across as an American Kazuma Kirya wannabe, while NiCO is just a little too wacky to gel with the rest of the crowd. Still, they’re there if you want to get to grips with a new Dead or Alive pugilist.

The PC version of Dead or Alive 6 has some issues, but chances are there’s nothing that’s going to cause major headaches for most players. There isn’t much in the way of graphical settings, but you should be fine playing it at 1080p with a GTX 1060 or equivalent. I spent most of my time playing at 1440p with an RTX 2070, though I also tried playing it on a laptop equipped with an RX 560X and Ryzen 5 2500U CPU. The results weren’t good. It just repeatedly crashed, though I suspect it’s likely the result of AMD’s piss-poor support of mobile switchable graphics. 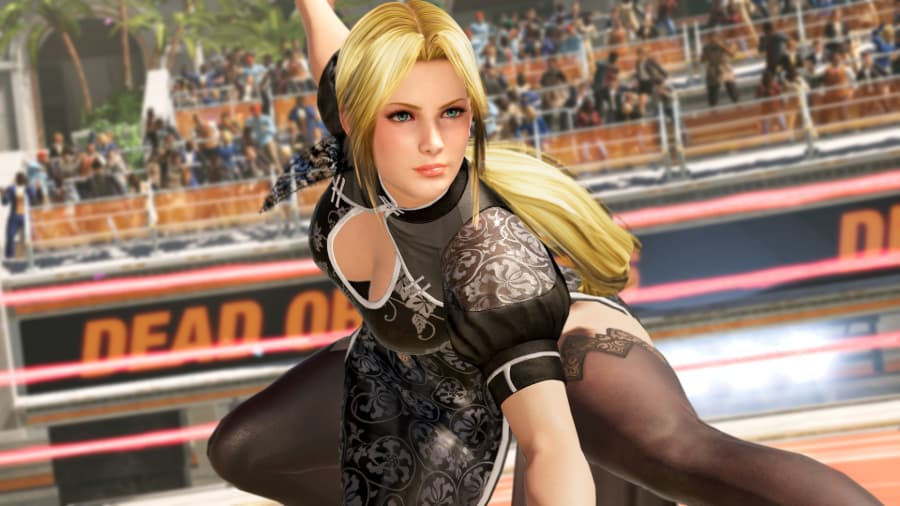 Whichever graphical setting you play at, Dead or Alive 6 looks great. It’s quite possibly the best-looking fighting game currently available, with characters getting sweaty as they fight and also suffering cuts and bruises. The stages are just as entertaining as ever, too, being multi-layered and full of mini events to trigger. Dead or Alive 6 has the moves to keep you enthralled, but also likes to put on a show.

It perhaps plays things a little safe, but mechanically Dead or Alive 6 is up there with the best fighting games currently available. Whether or not you decide to make your way through its joyless story mode is up to you, but there’s plenty to do besides. Its penchant for showing flesh means that it won’t be to everyone’s tastes, but for those who don’t mind its titillation it offers countless hours of fast-paced pounding. Now with added cuts, bruises, scuffs and maybe a bit of dirt. That’s next-gen for you.

Dead or Alive 6 is available on PS4, Xbox One and PC. We reviewed the PC version.