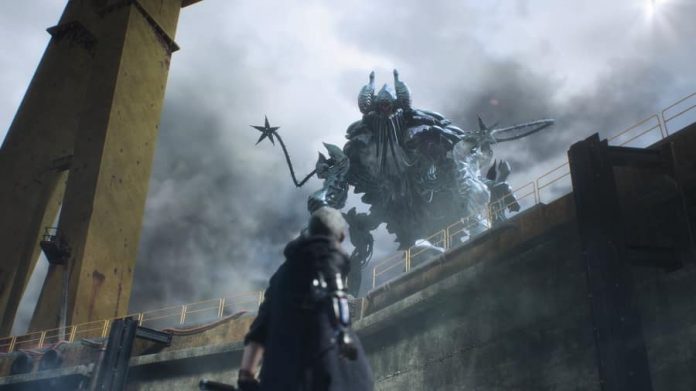 Devil May Cry 5 is a ridiculous game. It sports gravity-defying combat sequences, embarrassingly awful dialogue and plot twists that would make M. Night Shyamalan cringe. In short, it’s everything I’ve ever wanted from a Devil May Cry title.

I’m still working my way through it but so far I’ve battled monsters inside a giant demonic scrotum, defeated a floating, half-jellyfish woman with the blaster from Mega Man, used a giant tick as a key and spent a brief stint playing as a goth Adam Driver. All of which was accompanied by a high-energy heavy metal soundtrack. It’s all in a day’s work for Dante and pals, who, despite the 10 year jump since Devil May Cry 4, are as bad-ass as ever (that said, Grizzled Dante reminds me a little too much of the “Emo Dad” meme).

Devil May Cry 5 sports some tweaks to the tried-and-tested slash-em-up formula, enough to keep the series fresh without alienating long-term fans. I had a blast with the “Devil Breaker” system which introduces an appealing new element to the game. As Nero (one of the game’s three playable characters), you’re able to attach various weapons to your elbow in order to bolster your demon slaying power. The twist is that, should you take damage while attacking with one of these weapons, it’s instantly destroyed. But you can also destroy them yourself, to avoid taking damage, a sacrifice you might later regret when you’re knee deep in demons.

Oh yes, there are demons. Lots of them. Devil May Cry 5 takes place during a demonic invasion and Hell has really unleashed its worst on the world. There are beasties so horrific that they’d make H.R Giger proud; I was sure I was just slaughtering mutant ants, right up until the point when I spotted a pained, human face on each one of my foes. And later, the giant “gorilla” I was fighting revealed a huge toothy mouth on his torso, which he used to vomit lava at me; even Doom wasn’t this disturbing. I dread to think what the game’s going to throw at me as I progress. 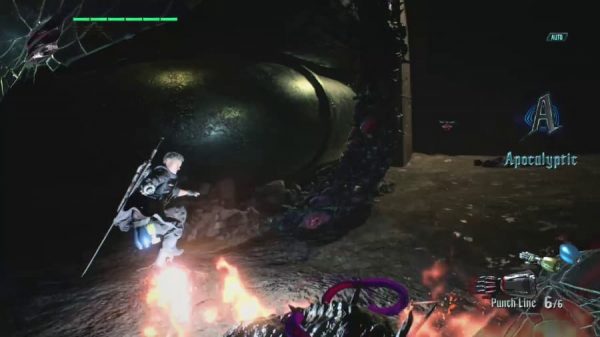 Devil May Cry 5’s horror is, however, tempered by silliness and shlocky dialogue. As apocalyptic as Devil May Cry 5’s storyline is, the game has a real sense of the absurd, and that’s not just down to the wisecracks that Nero and Dante utter. This is a game where you can use a miniature rocket as a skateboard and instead of collecting a key card to bypass a door you shove a bloated tick into your pocket. And the ruined city you initially play through is a bizarre mishmash of London and other European cities. “Who cares if it’s accurate, as long as it’s fun?” is, I suspect, the Devil May Cry team’s design philosophy; it certainly bears out here.

Combat is satisfyingly fluid, which is par for the course for the Devil May Cry series. But there’s an auto-assist mode that makes the game’s flashier moves accessible to newcomers. Hit a button and your character will pull off a range of impressive and damaging combos; Devil May Cry 4 had this same feature but once you activated it you were stuck with it. Here, you can turn it and off with a button press. It’s a great way of familiarising yourself with the game before tackling any of the more taxing combos. Or, should you so desire, you can leave it on and just enjoy the ride. 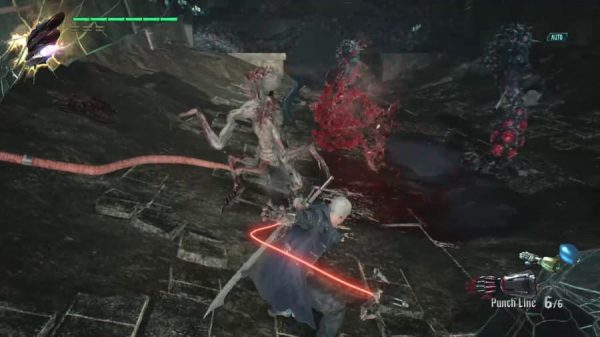 One aspect of Devil May Cry 5 that feels slightly off is playing as Adam Driver, sorry, “V”. He lacks his own offensive attacks and so he sends his demonic animals into battle. At which point, when an enemy is worn down, he steps in to dispatch the enemy. It’s such a step away from the traditional hack-and-slash gameplay, particularly in terms of pace, that I had difficulty getting into it. Perhaps it’ll grow on me.

V aside, Devil May Cry 5 is keeping me entertained, and while the series has been away for ten years it’s been devilishly good fun so far. But can the game maintain its monstrous momentum? You can read our full review early next week.