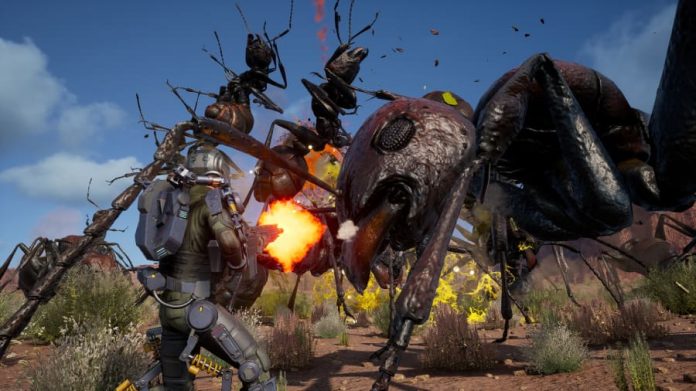 They may not have cutting edge graphics, deep stories or complicated mechanics, but they’re simply fun. They’re enjoyably challenging, too, once you reach their higher difficulty levels. The latest Earth Defense Force game, however, Earth Defense Force: Iron Rain, is a bit different from those that have come before it – it actually looks nice.

It’s not only fancy visuals that separates Earth Defense Force: Iron Rain from its predecessors though; it has some new features, too. The game has a pretty robust character creator, for example, and playing as a standard trooper, you now have access to a handy dash manoeuvre. It comes in very handy when enemies get a little too close for comfort or shoot projectiles at you, and can also be used to used to recover quickly when knocked down, too. And don’t worry, while you only have access to the trooper and lifter classes at the outset, Earth Defense Force: Iron Rain eventually opens up to offer you four soldier classes, as per usual. 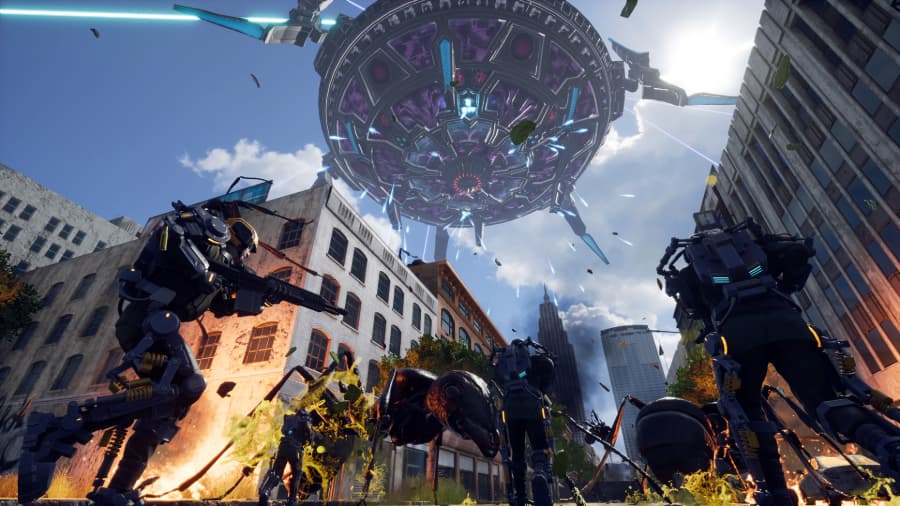 Even more exciting is your new overdrive ability that momentarily allows you to move quicker, shoot faster and hit harder. Upon activating your overdrive ability you become a temporary force of destruction, so when to use it becomes a tactical decision that could prove vital to your mission’s success. At least on harder difficulties, anyway.

Despite the new graphics and features, however, fans will be glad to hear that the core gameplay of the Earth Defense Force series remains untouched. You enter missions, kill giant bugs and robotic creatures, upgrade your gear, and then do it all again. And as usual, local co-op is possible thanks to split-screen, and up to six players can team up together online. Money and gems that you acquire through battle are now needed to increase your hit points and buy new equipment though, and there’s more focus on story this time around. It still seems pretty cheesy from what I’ve played, but it’s nice that Yuke’s has tried to make the action more meaningful.

We’ll have a full review for Earth Defence Force: Iron Rain closer to the game’s launch. Until then, watch us play through the game’s first mission to get a taste of what it looks and plays like. We have a feeling that Earth Defense Force fans aren’t going to be disappointed by it.