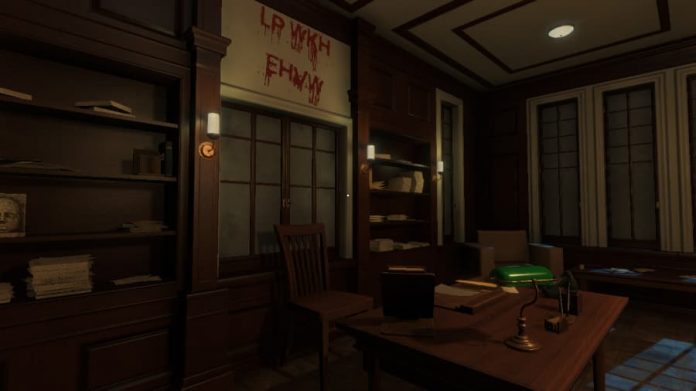 The problem with being a fan of escape rooms is that even if you’re lucky enough to have one or two on your doorstep you end up having to travel further afield to try out new ones. Not so Forgiveness, a collection of seven virtual escape rooms, themed around the deadly sins, which will test your patience and puzzle solving abilities.

I admit to getting stumped by Forgiveness’s supposedly simple prologue but the fault wasn’t with the game. It was that I was expecting it to play like a regular puzzle-solving game, where you can shove every single item into your pocket. What confused me initially, and what makes Forgiveness stand out, is that it’s not a by-the-numbers puzzler.

Instead, it actually replicates every aspect of physical escape rooms, where you’re locked into a chamber and have to search for clues and solve puzzles. You can even, should you so desire, give yourself a half an hour time limit. You’ll end up with a pile of small objects on the floor, having flung them aside in the search for clues. And you’ll swear blind that each problem, each riddle, is totally unsolvable. But, five minutes later, when the solution finally occurs to you, you’ll kick yourself for not getting it sooner.

The one snag is that, unlike real escape rooms, you can’t call for hints but having a few friends to help you could prove handy. You’re thrown into each room and, aside from the items already in there, are left to your own devices. There’s a plot of sorts, where you’re being tested by a lunatic, but the game doesn’t really need an excuse to subject you to these brain scratching challenges. Solving them is such a joy (the puzzles are taxing but rarely obtuse) that you won’t care whether you’ve been shoved in there by Santa or the Saw killer.

If escape rooms are your thing or if you want to give your brain a real workout then Forgiveness will right be up your street. And for under eight pounds for seven rooms, it’s a lot cheaper than driving across the country in search of a challenge.

Gigantorsaurus: The Game is Your Kid’s Next Favourite Videogame