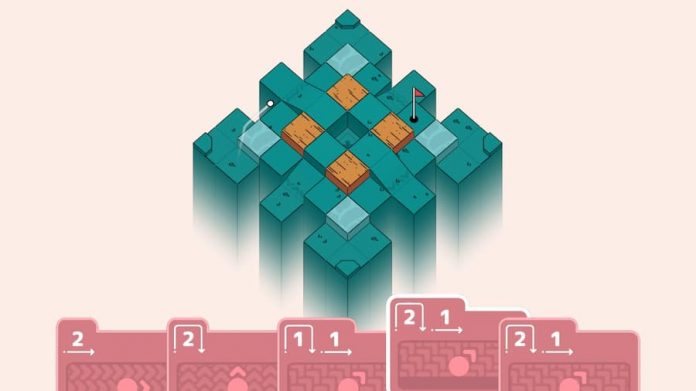 Despite its name, Golf Peaks isn’t a golf game.

The next PGA Tour this is not, but Golf Peaks is a delightful little puzzle game about putting a ball around a myriad of obstacle courses. Starting simple, Golf Peaks‘ levels quickly get more complicated, throwing in different kinds of challenges and really making you use that thinking cap of yours.

Golf Peaks places a ball on a grid made up of squares, and equipped with a number of particular moves, your goal is to get the ball into the hole. Your moves are laid out on cards at the bottom of the screen. To start out, you’ll be able to move the ball just one square, with moves of two or three being introduced as you progress.

It’s not long before sandpits, mud piles and water holes are thrown into the mix, all squares that need to be avoided by jumping over them. It’s your job to figure out in which order and direction you need to use each of your moves so that you can safely pot your ball.

It’s an incredibly simple premise, one that starts out pretty boring, but once you’ve got past the first few levels, Golf Peaks gets pretty interesting. It changes up its levels frequently enough to always keep you on your toes, and before long you’ll really have to use some brainpower to figure out the correct solution. Sure, there’s always trial and error, but where’s the fun in that? Golf Peaks is a game that rewards you for logical thinking and being able to map out a sequence of events in your head.

It’s not the longest game ever – there are 108 levels split over nine worlds, and providing you don’t get too stumped along the way you’ll be able to make your way through them in less than a couple of hours. But for the price of £4.49/$4.99 on Switch, you really can’t ask for much more. Beautifully presented in a minimalist style and accompanied by a beautiful soundtrack, Golf Peaks is a relaxing way to flex your brain. 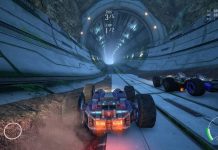