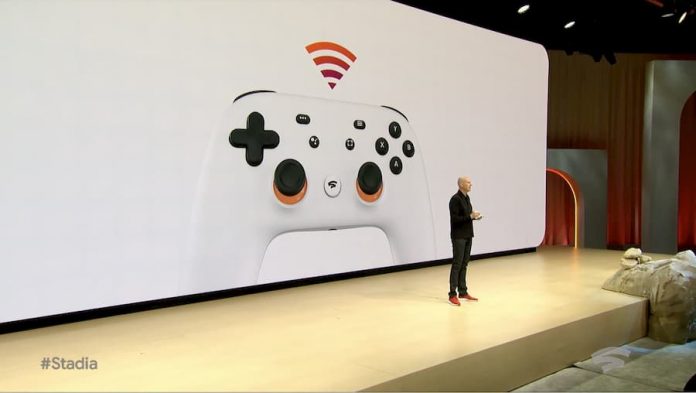 Yesterday at GDC, Google lifted the lid on its big gaming project. We now know it to be Stadia, a cloud-based gaming platform.

Google prefaced the announcement with a long-winded explanation how gaming is for everyone, regardless of the platform or hardware they own. And so Stadia, a service that allows you to access AAA games from any device as long as it’s got a Chrome browser, will allow more people to play games in more ways.

A single instance of Stadia possesses 10.7 teraflops of power. In comparison, an Xbox One X has six, and a PS4 Pro has 4.2. It’s also got a custom x86 processor, 2.7 GHz CPU, 16GB of RAM and up to 484GB/s transfer speed. Those are some pretty impressive numbers, but of course, since everything is happening on Google’s servers, thousands of miles away from your screen, how well Stadia works will depend on your internet connection.

No mention was given of the type of internet infrastructure required during Stadia’s reveal, but in an interview with Kotaku, Stadia’s boss Phil Harrison said “to get 1080p, 60 frames per second, required approximately 25 megabits per second”. He also said that 4K was able to be achieved with 30 megabits per second.

Not many games have been announced for Stadia just yet, but Google has an impressive list of partners building up already. We do know that Doom Eternal will be coming to the service, and since Assassin’s Creed Origins was used in early tests of the system, it’s likely we’ll see Creed on there too.

It seems the biggest function of Stadia is how it will integrate with streaming and online play. Trailers on YouTube can be accompanied by a “play now” button, allowing you to jump into the relevant game in just five seconds, apparently. Presumably, streamers and video game content creators on YouTube will also be able to implement that feature, allowing their viewers to click one button to take them to the same game they’re playing.

A feature called Crowd Play will allow people to take turns playing a game, jumping into a specific point in the game, either to help someone out or to be featured in a stream. It was also said that everything you play on Stadia will also be captured on YouTube at 4K (regardless of the stream quality you’re able to achieve), which is quite handy. Presumably if you’re not bothered about YouTube, that’s something you can opt out of.

Stadia will be launching at some point in 2019, and will be coming to US, Canada, UK and selected European countries first.

Exact details of how Stadia will work, when it will be available, how much it will cost and how games will be acquired for the service are yet to be revealed, with Google promising further announcements “in the summer”. Whether that means E3 or at a separate conference remains to be seen.

We’ll have more thoughts on Google Stadia soon, and we’ll also be keeping updated on announcements from the service in the coming months. In the meantime, if you’re interested in Stadia, you can sign up for updates from Google here.