Nintendo regularly holds streams showing off upcoming games, whether it be indie titles or the latest big releases on its Direct feature.

Today was the company’s first Nindies Showcase – that’s Nintendo and Indies, obviously – and during the 25-minute pre-recorded stream, we were shown no less than 18 (!) trailers for new and upcoming games.

As usual, lots of great-looking indie games were revealed, and we had a few nice surprises too. The Xbox darling Cuphead is making its way to Switch, as soon as next month! That means we can all look forward to frustratingly hard shooty action in that gorgeous 30s-style cartoon world. There’s also a Crypt of the Necrodancer meets Zelda crossover, Cadence of Hyrule, coming later this spring. If you missed the stream, you can watch it below:

Or, if you just want a quick recap, here are all the games revealed during the stream, and when we can expect to see them on our Switches:

Cuphead is Getting the Netflix Treatment 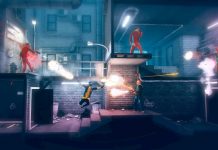