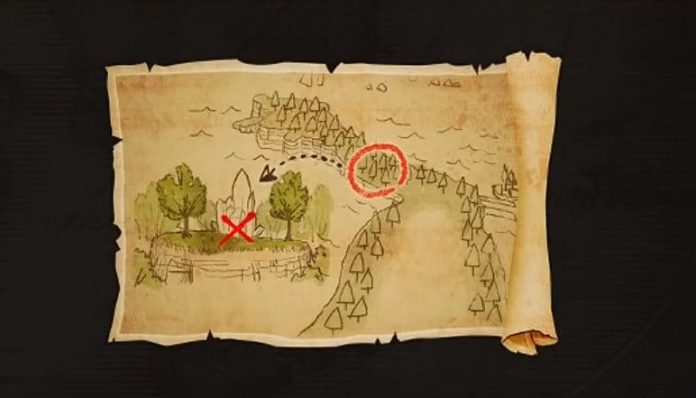 In chapter eight of One Piece World Seeker, you’re tasked with following a treasure map in order to complete a story-related mission.

After following a quest line that’ll see you heading to the docks in search of someone who knows about treasure maps, you’ll wind up in a fight with Kizaru. Once you’ve defeated the impossibly tall gold-suited fellow, you’ll have a map in your possession, with your only instruction being “find the treasure”.

Easier said than done, considering the map that One Piece World Seeker provides you with is vague at best. To see the map, you need to access the in-game menu, go to your active quests, and select ‘Treasure Map’. You can see the map in the image above.

It’s supposedly representative of an area of the game’s world, but comparing it to the map is difficult – it’s a very rough sketch, and you’ll soon see that no area really matches up to it.

Never fear – here’s where to find the treasure for the Treasure Map quest in One Piece World Seeker. Don’t read on if you want to have a crack at solving the map yourself (or check the following paragraph if you just want a clue), but if you’re stumped, here’s exactly where you need to hear.

Although it’s hard to tell, the Treasure Map actually represents the Cannon Island region of the game map, in the north east of the island.

It’s a thin area sticking out from the map, with ocean surrounding three sides of it. And, if you look at the right-hand side of the Treasure Map drawing, you can see a roughly drawn port, with a ship in dock. This must be Halcum Port.

The exact area you need to head to is just past Halcum Port, before you reach the fence that separates Cannon Island from the rest of the map. You’ll find the spot roughly where the cursor is in the map below: 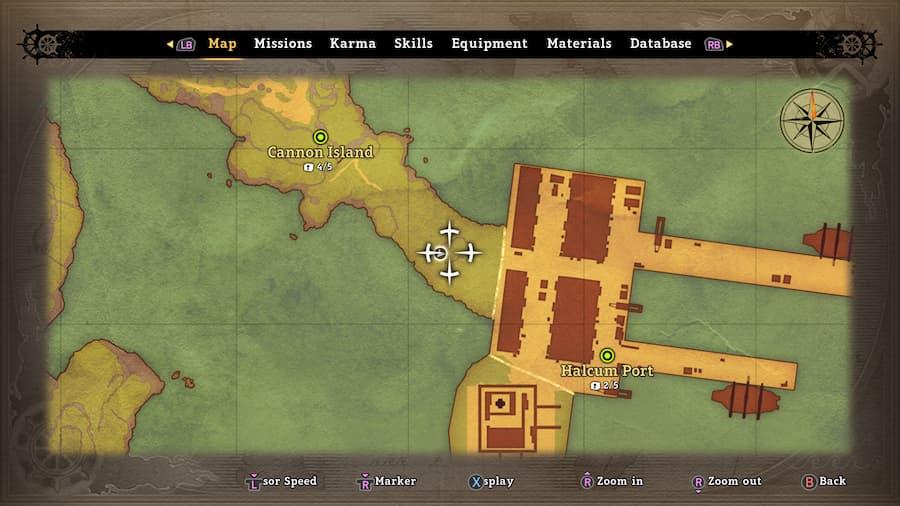 In that area you’ll find a raised bit of land which Luffy can easily jump up to. On that bit of land is a big white stone, which you can see in the image below: 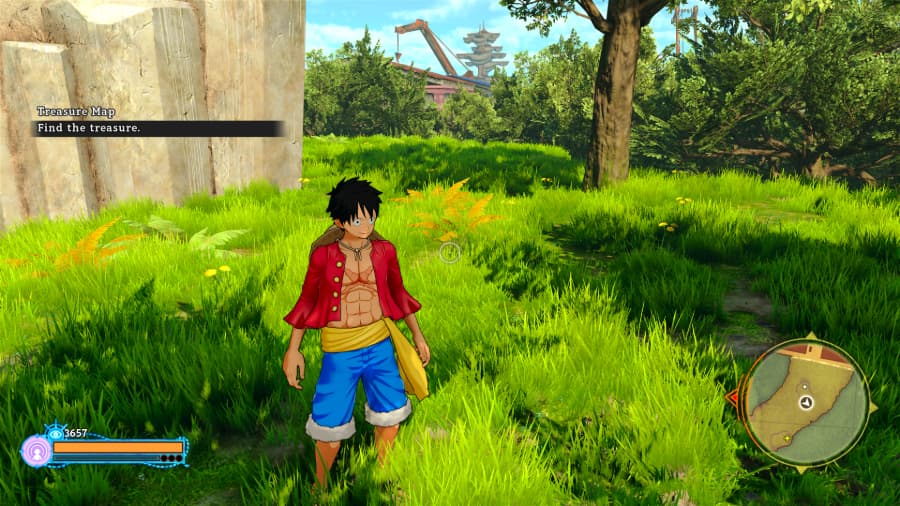 Luffy will proclaim that there’s something strange about the area, and walking around the stone will prompt you to find the treasure. There’ll then be a treasure chest for you to open, and presto: you’ve completed the Treasure Map quest in One Piece World Seeker.

There are more optional treasure map quests in World Seeker if you wish to complete them, but this is the only one tied to the story. 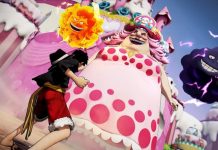 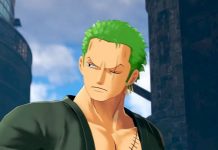