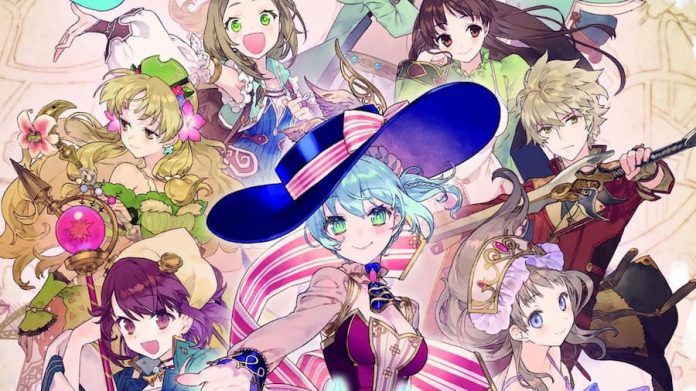 Gust’s latest entry into its long-running Atelier series is something of a departure from its usual type of game.

Instead of a traditional JRPG that puts you in the role of an alchemist setting out on an adventure, Nelke & The Legendary Alchemists is instead a game about building a town, growing an economy and leaning on the skills of ateliers to prosper. But it’s not a town-building game in the usual sense; it still packs in some elements more familiar to the series, such as turn-based battles, character levelling and relationship-building.

Nelke & The Legendary Alchemists is a little slow to get off the ground. The first hour of the game is solid tutorial, where you’ll be fed a tonne of exposition and guided through the motions of playing without even a taste of control. It’s very tedious, and it almost turned me away from the game. There’s quite a lot to take in, and with most of the game’s options greyed out apart from the ones it wants you to select, it can be a little hard to get to grips with. I’m the type of person who generally figures things out by doing, rather than being told how. As such, the first hour was overwhelming – but thankfully, it was worth sticking out.

Once the game actually begins and you’re given free reign, Nelke & The Legendary Alchemists is quite a pleasant surprise. There’s a careful balance of gameplay and storytelling, with you – for the most part – in charge of exactly how you want to play. The game puts you in the shoes of the titular Nelke, a young aristocrat whose father has tasked with developing the small village of Westwald. Home to only a handful of residents to begin with, by the time Nelke’s had her way with it, it’ll be a bustling metropolis filled with ateliers, shops, fields and all kinds of buildings.

Building up Westwald is the focus of the game, but it’s not quite as simple as just slapping some buildings down on the land. Nelke & The Legendary Alchemists is all about developing the economy. That means finding ingredients, having your alchemists make those ingredients into items and materials, selling items in stores to earn money, and using that money (and materials) to expand the town. Gameplay is broken up into ‘turns’, each with a working week and a ‘holiday’. Your working week is spent managing menus to discern what items you want to be made and sold that week, what materials you want to grow in your fields, and what new structures you want to build. Holidays are spent talking to townsfolk, developing relationships with them, working on research, and heading out on investigations. 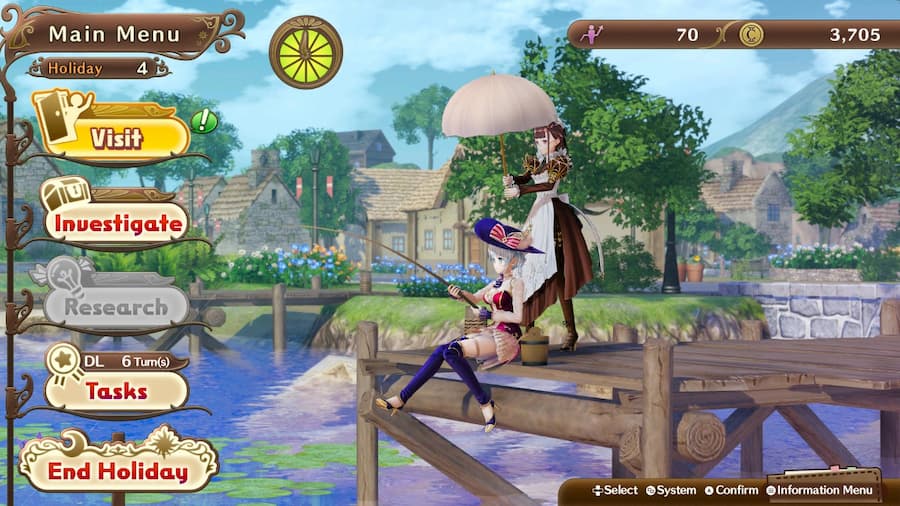 The investigations will see you head out to nearby regions with the aim of collecting new materials. They’re an important part of the game, but they’re sadly rather underdeveloped. The actual process of finding items is automated; you’ll simply watch your party of characters walk down a straight road, with icons popping up to illustrate they’ve found something. It’s here you’ll also come across turn-based battles. These can be fully automated, too, if you wish, although you can take control. The battles are never particularly challenging, though, so it’s just quicker to let the game take control. It’s a shame the investigations weren’t a little more fleshed out; actual RPG sections allowing the player to explore an area would have been much more rewarding.

But then, I suppose, focus would be taken away from the town-building exercise, which is where Nelke & The Legendary Alchemists wants your full attention to be. Sure, you’ll spend much of your time simply clicking through menus, choosing items and selecting options ad infinitum, but there’s something quite cathartic about it all. To keep you motivated, you’ll be given a constant barrage of requests and goals to work towards. Each phase of the game gives you an overall target – i.e. raise the town’s population to 1,000 – but you’ll also have smaller targets too, be it earn a certain amount of money, create a certain amount of one item, or defeat certain types of enemies. There’s always a goal to work towards, constantly keeping you motivated to move forward. Seeing a visual representation of how much you’ve progressed at the end of each turn is pretty rewarding. 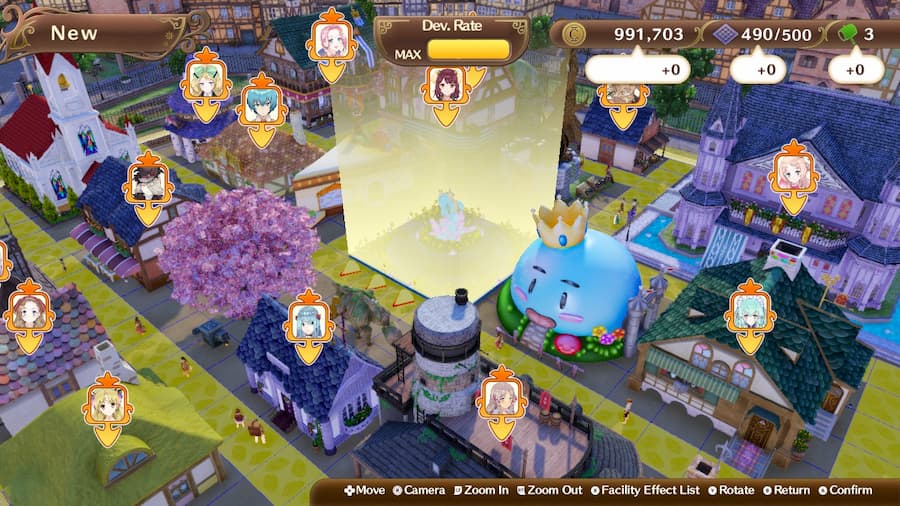 Nelke & The Legendary Alchemists’ story is quite captivating in parts, too. New characters are introduced at a regular pace, and while there’s soon too many to keep up with, the narrative theme that runs throughout provides enough interest to keep you clicking through dialogue between characters. The true motivation for me was seeing Westwald expand, but the story is an intriguing sidestep that does a good job of giving the game multiple facets.

While it may be quite a departure from a standard Atelier game, Nelke & The Legendary Alchemists is a valiant attempt to diversify the series. It may not appeal quite so much to fans of traditional JRPGs, but there’s certainly enough here to enrapture Atelier fans along with newcomers who enjoy the townbuilding genre. As long as you can get past the frustrating first hour, Nelke & The Legendary Alchemists: Ateliers of the New World opens itself up to be a rewarding and engaging experience that’s surprisingly hard to put down.

Nelke & The Legendary Alchemists: Ateliers of the New World is available on PC, PS4 and Switch. We reviewed the Switch version.