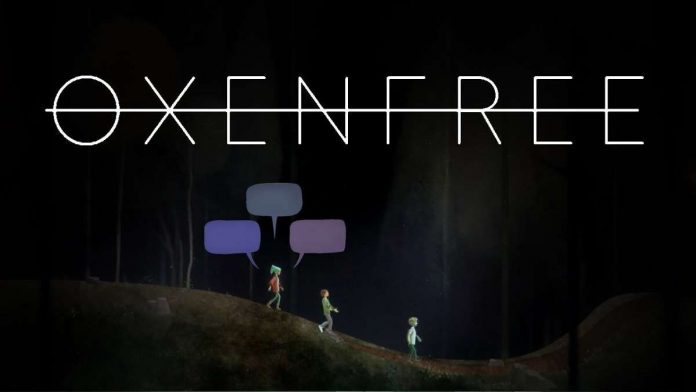 Emphasis on the free: the wonderful adventure from Night School Studio, Oxenfree, can be yours for the generous price of zero thanks to the Epic Games Store.

Every two weeks, Epic’s store gives away one game absolutely free – all you need is to sign up and download the launcher. The games given away so far have been a good mix – we’ve had the likes of What Remains of Edith Finch and Subnautica. And this time around, it’s Oxenfree.

Whilst it’s rare to find anything that’s truly unique, Oxenfree’s aesthetic is wonderfully distinctive, to the point where it’s indelibly tied to the game. The island itself is fairly vast, spanning a number of different areas that vary not only in size but also in appearance and feel. There are times when you enter a new area and you just know you’re in for something that’ll get under your skin. That’s because the story doesn’t consist of a bunch of teenagers frolicking for a few hours; it takes an unexpected turn that only escalates as time goes by. This “turn” is supernatural in nature and you’ll begin to notice when things start getting a bit iffy; there’s an air of “this doesn’t seem right” that piques your curiosity and makes you want to investigate further.

So, if you haven’t yet tried Oxenfree, now might be the time. Get yourself over to the Epic Store, log in (or sign up), and hit the download button. It’s only available for free until 4th April, so don’t wait too long.