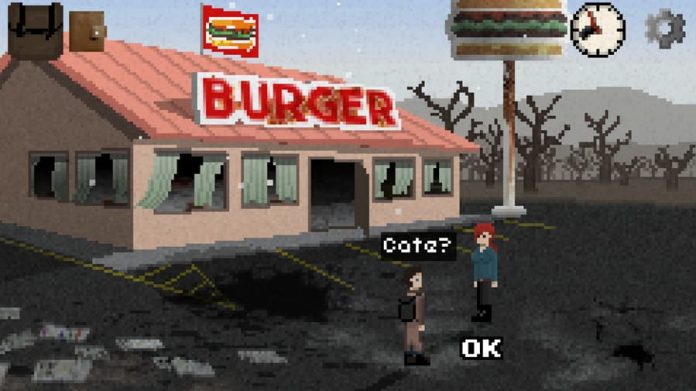 Waking up after a strange dream, you find yourself in an unfamiliar environment; a world falling apart in front of your very eyes. You’re not sure exactly what’s going on – but you know you need to survive.

That’s where you’ll find yourself when you start playing Don’t Escape: 4 Days in a Wasteland, a post-apocalyptic point and click adventure from developer Scriptwelder. Using a combination of traditional point and click tropes and classic survival elements, the finished product is a game that’s intriguing, fun to play and very well put together.

Scriptwelder is no stranger to game development; he’s been making Flash games since 2011, most of which are free to play. Don’t Escape: 4 Days in a Wasteland is actually the fourth game in a series, although on a much grander scale than its predecessors. In 4 Days in a Wasteland, your goal is to, uh, survive four days in an apocalyptic wasteland. The daytime, it turns out, is safe enough to wander around – but come sunset, a toxic mist comes rolling in. If you want to make it until the next morning, you’ll need to figure out how to survive the toxins. Exactly how you do that is up to you, but to better your chances you’ll be scavenging areas and picking out anything that might be vaguely useful.

The first night of Don’t Escape: 4 Days in a Wasteland is simply about surviving. You’ll find yourself at an abandoned farmhouse, with a few points of interest nearby to explore. Searching around will lead you to find useful items, such as sheets of plastic that can be used to seal windows. The more thorough you are with your searches, the better your chances will be.

Not every item you find will be useful though – and since your inventory in 4 Days in a Wasteland is limited, you’ll have to be selective about what you pick up and what you leave behind. Will that 10kg bag of coal be more useful than 9kg of metal sheeting? What about that broken hammer? While you have a storage chest back at the farmhouse, time is fleeting in Don’t Escape: 4 Days in a Wasteland. Every trip you make takes time, so you can’t feasibly make multiple trips to collect everything. 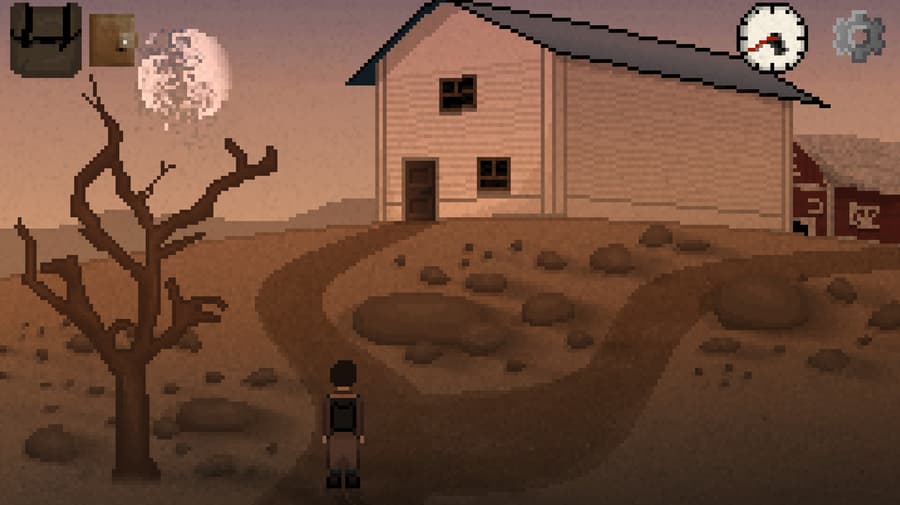 There are numerous puzzles to solve as you play, too, some more complex than others. You’ll find clues for certain conundrums dotted around the environment, in the form of letters or post-it notes, but it’s up to you to make sense of those clues and figure out what to do. Nothing ever feels too convoluted, which is a refreshing change for a game that’s predominantly a point and click.

As night approaches in your first day of Don’t Escape: 4 Days in a Wasteland, you have to make sure as many safety precautions are in place as possible. Once you’re ready, you can jump forward to night, where you’ll be given a breakdown of everything you’ve done to ensure your protection. If you’re successful – wahey, you live to see another day. If not, then you’re left to try again, this time being more thorough and thoughtful in your approach to fortifying the farmhouse. 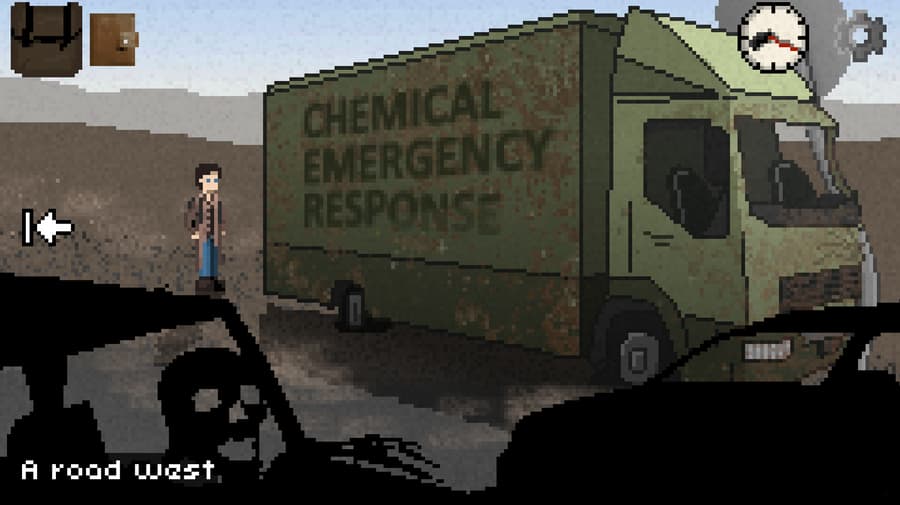 It’s on the second day where Don’t Escape: 4 Days in a Wasteland really ramps up. While your first 24 hours in-game are a solitary experience, day two introduces new characters, intriguing plot points and more of a backstory as to why the world has gone to hell. There’s also more to do than simply survive, with a somewhat cheesy but nonetheless enticing sci-fi plot thrown in. To say anything more would be to ruin the game’s story, which is a big part of what makes 4 Days in a Wasteland so enjoyable.

From its attractive pixel art style and its beautifully recorded soundtrack, to its engaging puzzles and gripping story, Don’t Escape: 4 Days in a Wasteland manages to be a surprising and altogether rewarding adventure. Fans of point and click games will get a kick out of its traditional approach to the genre, but there’s also a lot to be said for its implementation of survival mechanics, too. It genuinely feels like your success is directly in your own hands. Exactly how you approach the tasks and scenarios given to you is ultimately your choice, but you better think about them carefully if you do want to survive that wasteland.

Don’t Escape: 4 Days in a Wasteland is available now on Steam and GOG.com.