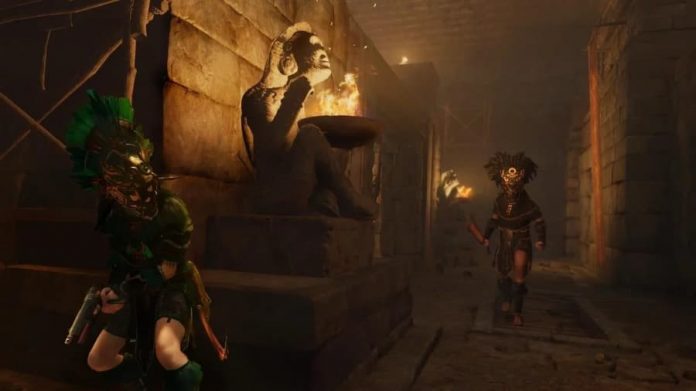 Survive the Slayer’s Gauntlet and Save the Rebellion in Shadow of the Tomb Raider’s new DLC.

In The Serpent’s Hearts, players must step into the shoes of Lara once again and take on the mighty Slayer’s Gauntlet in an attempt to save the lives of the loyal rebels. Lara must infiltrate an enemy fortress to stage a daring prison break, then engage in a battle against evil Kukulkan cultists. Lara must also complete the Slayer’s Gauntlet and navigate roaring rapids in order to receive the power of the serpent god.

As part of this update, tombs from the main campaign, “Judge’s Gaze,” “Underworld Gate,” “Howling Cave,” “Path of Battle,” “Temple of the Sun,” “San Cordoba,” “Ancient Aqueduct,” and “Thirsty Gods” are all now playable in Score Attack and Time Attack modes.

Shadow of the Tomb Raider is available worldwide on Xbox One, PlayStation 4 and Windows PC/Steam. The Season Pass is available for $29.99 or “The Serpent’s Heart” can be purchased separately for $4.99. If you haven’t already, you can pick up the main game on Amazon.

Watch the trailer for The Serpent’s Heart below.