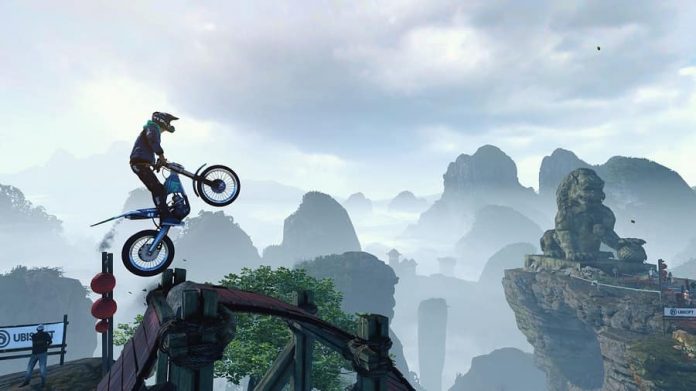 Who needs a life when you’ve got video games?

Definitely not us. The shortest month of the year is officially over. Though less days definitely didn’t mean that we played less games. With huge releases like Rage 2 and Days Gone coming up faster than you can say, “Wait, I just got this money, I really shouldn’t spend it”, things are only going to get busier. Good thing we’re just getting warmed up.

Here’s a nice rundown of the games we’ve been cracking on with this week. Let us know what you’ve been playing by Tweeting us @game_spew over on Twitter. Here’s to a great March!

Rich: Last weekend, I pretty much spent any spare bit of time I had playing Trials Rising. It is brilliant, and it’s undoubtedly a game I’m going to keep going back to again and again. I’ve still not quite mastered some of its more trickier techniques though. Maybe one day. Saturday night was also the night we decided to create drinking games out of as many video games as we could. A bottle of cherry brandy later, and we’d muddled our way through Almost There, Nidhogg 2, Pacman 256 and Dead or Alive 6.

I also played a lot of Dead or Alive 6 without the consumption of alcohol this week. Its story mode isn’t very good, but everything else about it thankfully doesn’t disappoint. I mean, you can crack a giant dinosaur egg in it and see your opponent picked up by a Pterodactyl. What’s not to love?

Kim: Guess who ends up getting their ass kicked and drinking most of the shots when playing drinking games with Rich? That’s right: me. Thankfully, we also managed to squeeze in a quick game of Tricky Towers, which is essentially my one guaranteed win.

It’s not all been tipsy competition this week, though. I’ve played a fair bit of Treasure Stack, which just released today. A match three style puzzle game with a twist, it’s fiendish, but a lot of fun. I also played Ape Out, which is essentially Hotline Miami, but with a gorilla. It’s fast-paced, balls-to-the-wall and extremely tense – not a game to play if you’ve got a dodgy ticker, that’s for sure. And seeing Rich play so much Trials Rising meant I also had to get in a bit of the action. I suck at it, but boy is it fun.

I spent a few hours wandering around the gorgeous world of Eastshade, which has a lot to offer in terms of beauty but is lacking a little polish. Finally, I’ve been an alien for a portion of the week, wandering around a strange planet in search of my broken ship parts. I’m talking about ToeJam & Earl: Back in the Groove, which was only mildly entertaining. Maybe if I’d played the original as a kid I’d appreciate it more.

I also played through Monster Prom a handful of times, trying my hand at finding the perfect date to prom. Out of the 10 or so playthroughs I’ve done by myself and with friends, I’ve only succeeded in convincing my date to go with me to the prom once. Every other time I’ve had my heart ripped out and fed to me on a stick. Not literally. Monster Prom‘s new DLC, Second Term, added in even more characters, which means even more ways for me to be painfully rejected. Will I continue going back? Of course I will, the game is brilliant.

Chris: I’ve been playing Devotion, a thoroughly disturbing first person game from Red Candle Games, makers of the excellent Detention. It’s got shades of P.T. and, while the ending is a bit ambiguous, it’s well worth picking up. Only snag is that right now, you can’t – it’s been removed from Steam due to the presence of a meme that mocked the Chinese president. It’s a real shame – here’s hoping it resurfaces on the Steam store soon.

I’ve also continued with Claire’s campaign in Resident Evil 2, though I’ve become frustrated that there’s no easy way to dodge zombies. The original had a dodge mechanic of sorts but here, in a game where ammo is at a premium, zombies are disappointingly adept at munching on my character.

Jack: Despite my many reservations about Anthem, my hope in its continued fixes and its fantastic gameplay has led me to practically play it all week. Every day, though, there’s a new bug to deal with – after last night’s patch it was the game not launching at all.

I’ve continued with Metro 2033 too, playing it when it’s nice and dark. It’s actually frightened me a couple of times, and I’ve loved the tension of combat and ammo conservation.

I’ve also spent a bit of time with the Celeste-like Daggerhood on PS4. I imagine it suits the Switch better, which it is available on at the moment for £3.99. The gameplay lacks a bit of the sharpness of Celeste and the story, music, and characters isn’t to the same level, but if you’re looking for a difficult pixel art platformer, Daggerhood fits the bill. I’ll have some words on it early next week.

Matt: This week I’ve spent the majority of my time with Anthem. It’s not perfect, but I enjoy the combat and Javelin abilities. It looks pretty, but still suffers from the issues that were present in the beta. I hope it stabilises, as I’m interested in pursuing the end game with my friends.

Outside of that, I’ve spent a good amount of time with Fimbul. It’s an enchanting story that feels a bit bigger than it actually is. It was short, and mostly sweet, but left me wanting in the end.

Stan: You know how Pokémon can only say their own name? Well I’ve kind of been like that this week, but instead of my own name I’ve been repeating one phrase: Pokémon. Wednesday’s Nintendo Direct was awesome, even if it was a little short. Yup, Pokemon: Sword and Shield looks amazing, but I was hoping for a little more. I thought that Game Freak may change up the formula for the Switch – sadly not. I’ll still be pre-ordering it though…

I also played RemiLore on Switch, a decent hack and slash that lacks much else. You can read my review for it next week. I’ve also jumped into the driver’s seat for Forza Horizon 4. Yeah, it’s awesome, but I do miss the feel of being in charge that Forza Horizon 3 gave. Plus no London is a big shame for me. But, on a more positive note: my Portsmouth team just beat Arsenal in Football Manager 2019 on the Switch – looking like a big season for us! I really have to thank my keeper; not refusing to come off makes my life as a manager much more simple.