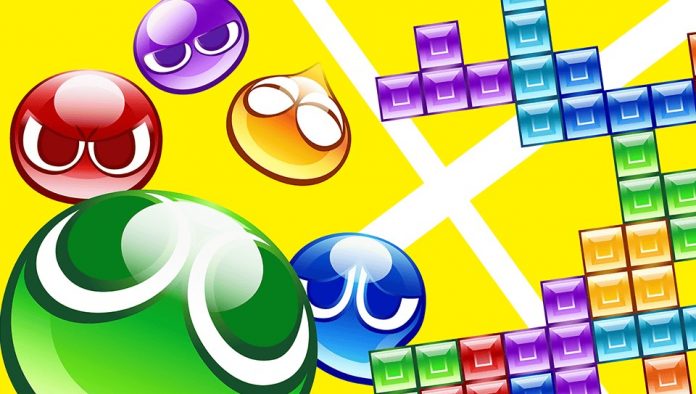 I scream, you scream, we all scream for MORE GAMES.

It’s been an exciting first week of March with the release of some pretty big titles like Dead or Alive 6 and Devil May Cry 5. Things are only going to escalate from here, that’s for sure. We can’t wait to see what the rest of the year has in store for us while we continue to sit patiently and play dozens of other games to keep us happy.

Check out the games that are making us happy this week. Let us know what you’ve been playing by Tweeting us @game_spew over on Twitter. See you next week!

Rich and Kim: We’ve been away from home this week, and so have been limited to the delights of the Nintendo Switch – aka the traveller’s best friend! We’ve rediscovered the joy of Taiko no Tatsujin, which is simply excellent. We also spent a good portion of an afternoon battling it out in Puyo Puyo Tetris – but Rich lost rather badly, so I don’t think we’ll be playing that one again for a while…

Becca: This week I’ve continued to crack on with Monster Prom. I’ve discovered just how difficult it is to get a fictional prom date at a fiction high school. (Almost as difficult as it was to get an real prom date at my real life high school.) A friend and I actually played through it last night and BOTH got our prom dates. It was unheard of, but very very exciting.

I also played a bit of The Ballad Singer, a lovely choose your own adventure RPG-esque game with a great fantastical story and really lovely voice acting. Other than that I’ve taken a dive into Beat Cop, an awesome pixel art game where you play as a detective who’s been demoted and has to go back to dealing with the crime and corruption on the streets of his city.

Jack: I have played Anthem all week this week and have clocked over 90 hours into it now. It still needs a heck of a lot of work, and there’s no doubt that we’re still stumbling across new bugs. This Thursday night Bioware had a stream where they outlined some fixes and changes they have planned for 12th March for the game. Still nothing to fix the 100% CPU Usage, something that I’m constantly battling as my CPU gasps for air – I’ve tried all suggestions. This has led me to look into PC upgrades, and god they’re expensive these days.

Stan: This week I decided to give up on Forza Horizon 4. Having found out that London is not in the game I decided to put it aside. Yeah, Edinburgh is great, but it all just feels too similar. Forza Horizon 3 featured so many different terrains; Forza Horizon 4 just lacks that for me. Plus, not being in charge of the festival was a shame for me. I’m not a big car guy, so for me the progression was built through being able to expand the festival. It’s still a great game, but I have to say I’m disappointed. Never really got out of second gear for me (fun car fact – in Canada, where I now live, cars don’t have gear sticks! Weird huh?)

I also decided to jump headfirst into The Elder Scrolls: Skyrim on the Switch. I never thought it’d be my type of game: being able to carve your own story is cool and all, but I want to follow a great story created for me. But, I have to say Elder Scrolls: Skyrim is just awesome. I can’t believe I waited to long to play it! In fact, what inspired me to get into it was a fantastic novel called Eden’s Gate: The Reborn. Look out for my upcoming review for that – unless I take an arrow to the arm, that is…I’m only 5 years too late on that reference, right?