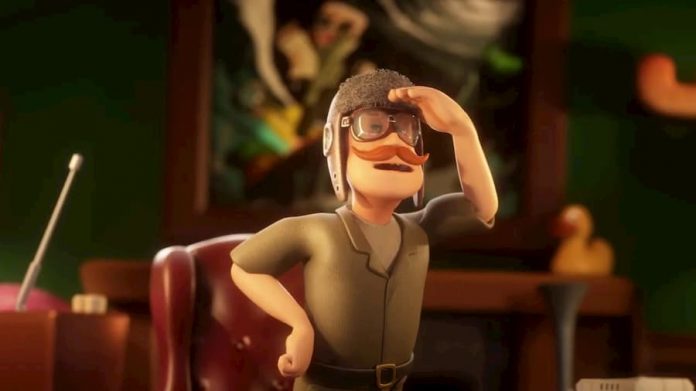 Welcome to Pebberley Island, where things are much the same, only covered in sand.

That’s not to say this Two Point Hospital paid DLC isn’t worth a look, but it doesn’t quite live up to its bold premise: a supposed quest for the fountain of eternal youth. What you actually end up with is a set of three new jungle-based hospital locations, several new illnesses with the equipment to treat them and a handful of new challenges.

Pebberley Island’s tropical levels have their own distinct visual style. Building an open-air jungle hospital, complete with bamboo walls was, for me, the highlight of this content. Though, a little disappointingly, the game doesn’t immediately equip all your staff with pith helmets and khakis.

As to be expected, Two Point Hospital‘s trademark humour, itself a call back to the 90s classic Theme Hospital, is as present as ever. 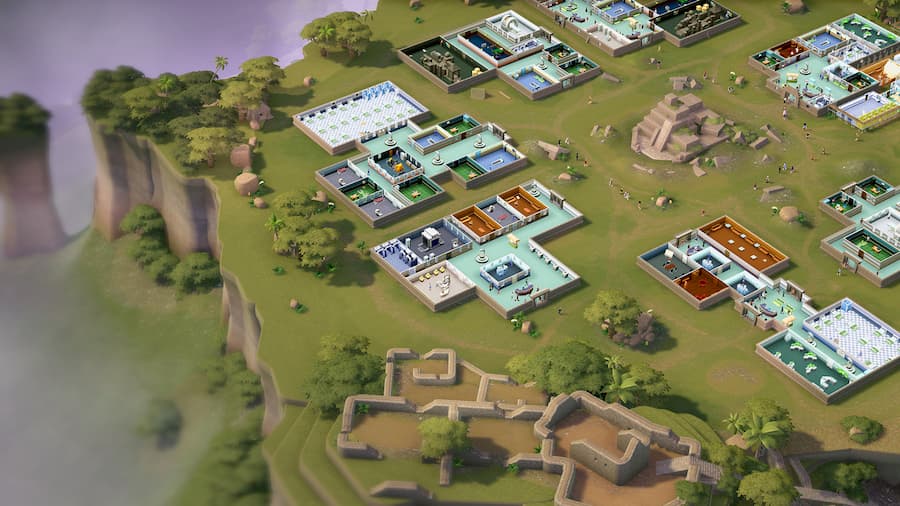 During your playthrough of the Pebberley Island DLC, you’ll tackle illnesses like “sandy crank” and “blank look”, curing the latter by building a huge machine which stamps people’s faces back on. By the time you reach Pebberley Island’s second hospital, you’ll have huge walking parrots wandering into your hospital. Chap-hop legend Professor Elemental (minus his monkey butler) also puts in an appearance as explorer and entrepreneur Wiggy Silverbottom.

But despite Pebberley Island’s promises of deep-jungle derring-do, the tasks the game sets you are disappointingly dull. One moment you’re dealing with lightning strikes and a rain of frogs, the next moment the game’s reminding you that you need to train 12 janitors in order to proceed. On another occasion, you’re told to cure 30 patients in order to unlock the next hospital plot. 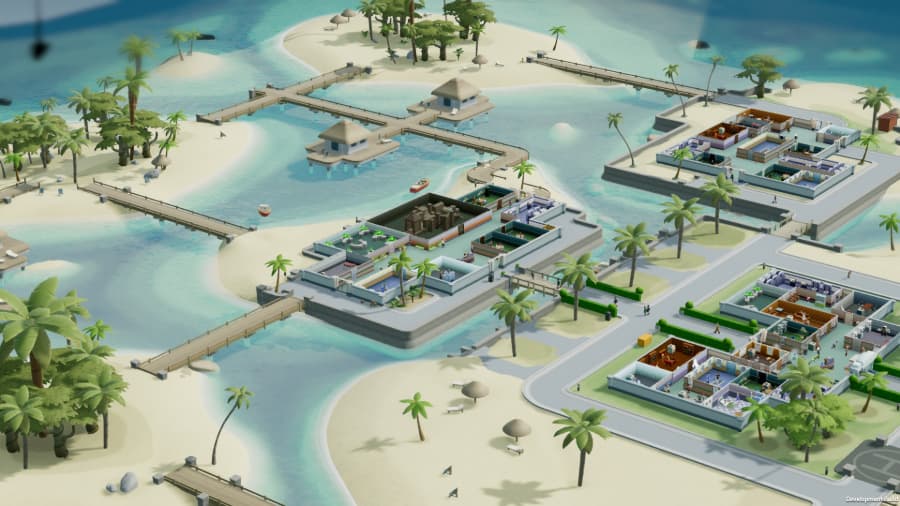 Sure, Two Point Hospital‘s tasks are equally mundane but given the setting of Pebberley Island, I expected at least some of the goals set out in this DLC to be a little more creative. And while the wacky illnesses are fun to look at, few are tied into the game’s jungle location and they’re dealt with in the usual manner.

If you’ve already played Two Point Hospital to death and desperately want more content – you’ll need to have unlocked at least seven hospitals in order to to play this – then Pebberley Island is worth a look. It’s more of the same, with a sandy spin, and there’s nothing crashingly wrong with that. But, going by the DLC’s price tag – £7/$9 – I expected Pebberley Island to shake things up a little more.