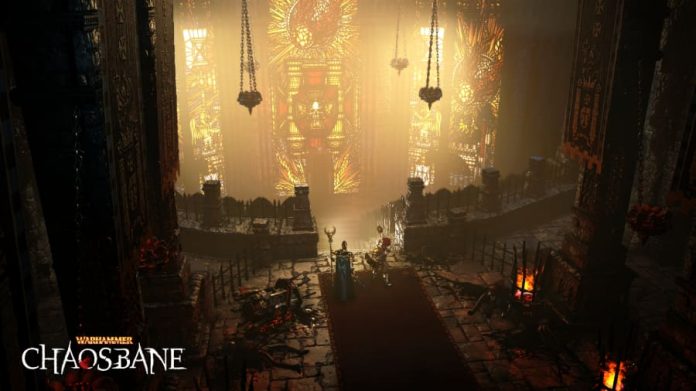 I’m so looking forward to Diablo 4 that it’s unreal. Though with the current goings-on at Activision Blizzard, who knows how it will turn out.

After spending some hours with Warhammer: Chaosbane, however, the wait for Diablo 4 is going to be much more bearable. Basically, all signs point to it being one of the best Diablo-likes available.

I didn’t have high hopes for it, though, upon booting it up for the first time. An introductory video played, and while its art was nice, the dialogue couldn’t wait for the last line to finish before the next began. The resultant cacophony of voices almost drove me mad. But then the game actually began, and the intro faux-pas was quickly forgotten.

They say that imitation is the sincerest form of flattery, and Blizzard should certainly consider themselves flattered right now. Warhammer: Chaosbane shares so much in common with Diablo 3 that I should be offended, but instead, I’m elated. I mean, if you’re going to make a loot-based action RPG, why not ape the best? And Warhammer: Chaosbane seems like it’ll have enough of its own features and quirks to make it stand out. 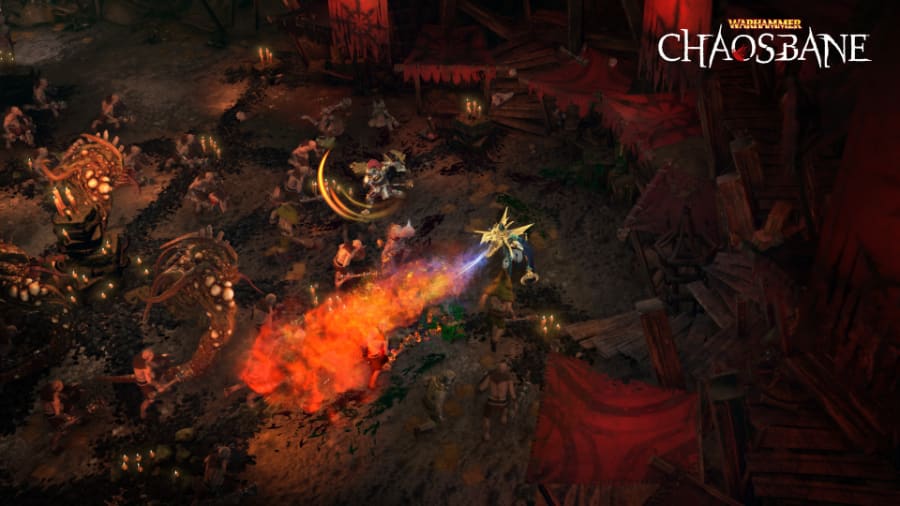 It’s challenging on normal difficulty for one. Starting as a Knight with the most basic equipment, enemies didn’t pose much of a threat for the first couple of story missions. Even when faced with tens of them, I stood my ground, swung my sword and emerged victorious without having to take a sip of my trusty health potion. A couple of more missions in, however, I found myself occasionally fleeing from my enemies in order to gather my bearings, and had to think about combining the plethora of skills I’d unlocked to topple the strongest of foes effectively.

Eventually, I had to do a terrible thing and actually lower the difficulty. One story mission I played had me being the victim of a trap. Swarmed by multiple stronger enemies and a legion of grunts, I just couldn’t beat it until I dropped the game down to easy. Though when the game finally releases, there should be other options. You’ll probably be able to buy better gear, for example, or head out on an expedition to obtain more loot and raise your character level. Unfortunately these options aren’t available in the preview/beta build. 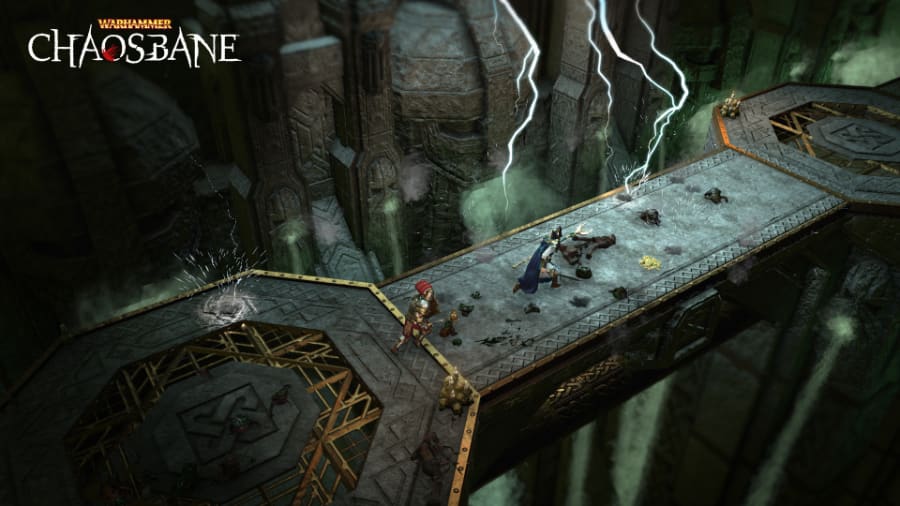 What is in the preview/beta build of Warhammer: Chaosbane, though, gives the sense that it will be an epic action RPG with tonnes of loots, loads of character customisation and plenty of challenge. I’ve found standard, uncommon and rare items on my adventures, and I’m sure there’ll be more valuable items to find. And upon nearly every level up I’ve unlocked a new skill or at least a powered up version of a prior one. Like Diablo 3, you equip the skills you like the most to build your own attack palette, but in Warhammer: Chaosbane each skills requires a set number of skill points to equip. Needless to say, it should result in some tough decisions to make when gearing your character up for battle.

Each of Warhammer: Chaosbane four playable characters has their own unique skill, too, as well as a predisposed method of play. If you want to keep at a distance and attack with bows, for instance, the high elf is the character for you. If you want to just hack and slash without much thought, pick the dwarf. And when times are bleak and you worry that you might die, activating your blood rage if its available lets you massacre a screen full of enemies without breaking a sweat. And I like that a lot.

There’s only one thing that disappoints me at this point in time in Warhammer: Chaosbane, and that’s the lack of a proper ‘thwacking’ sound when hitting enemies. You swing your sword or axe and number pop up showing that you’ve landed a blow, but there’s no real sense of impact. It’s something that Diablo 3 does brilliantly, and without it, Warhammer: Chaosbane feels little flat. Still, I’m sure I’ll get over it. 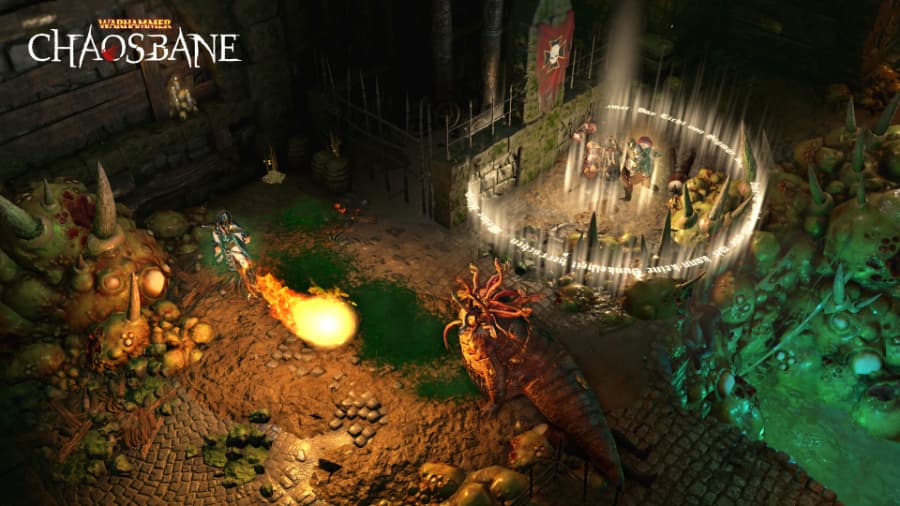 There are numerous things I’m certain of right now. One is that Warhammer: Chaosbane looks darker and more detailed than Diablo 3. Two is that it’s going to be much more difficult right out of the starting gates. And three is that it’s going to feature lots of loot and character skills. They all give me hope that Warhammer: Chaosbane is going to be one hell of an action RPG. It just needs to have a solid endgame and plenty of worthwhile high-level loot to obtain, and I think I’ll be smitten with it upon release.

Warhammer: Chaosbane is set for release on PS4, Xbox One and PC on 4th June. Pre-order the game now to gain access to two beta phases taking place this March. 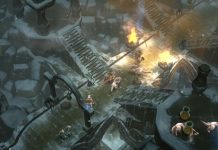 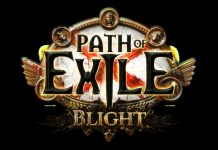 Going From Strength to Strength, Path of Exile Gets New Blight Expansion This September