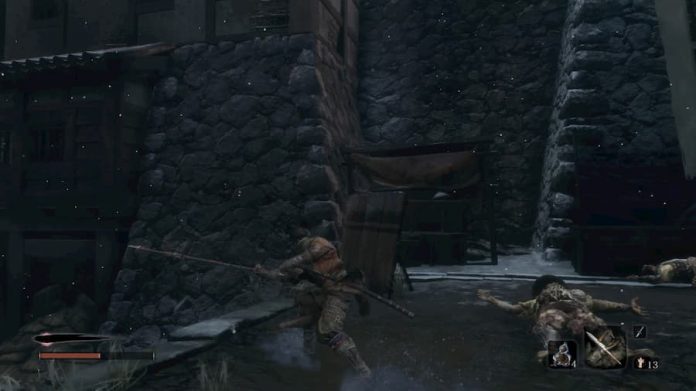 The Loaded Spear Prosthetic Tool has quickly become one of my most used tools in Sekiro: Shadows Die Twice, and I think you’ll find it to be rather useful yourself.

If you want to grab it for yourself to find out, here’s where you’ll find the Loaded Spear prosthetic in Sekiro.

After making your way through everything the Ashina Outskirts have to offer, you’ll eventually find yourself at the Ashina Castle.

On the bridge just before the Castle Sculptor Idol, you’ll see a branch you can grapple on across the way. Build up some speed, jump, and grapple onto that branch. You’ll see a large wooden door leading out to a long bridge and a path to your left into a small building.

Head through the large wooden door onto the bridge, and you’ll see two guards behind rickshaw, who you can eavesdrop on. They’ll share some information that’ll give you a heads up as to what’s ahead. 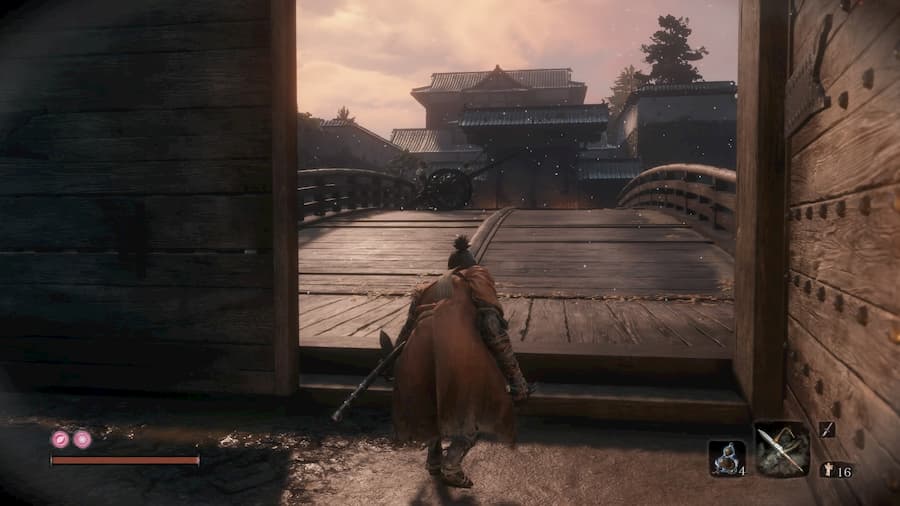 The real goal with these two guards, however, is to eliminate them. One of them will drop the Gatehouse Key, allowing you access to the building the holds Sekiro‘s Loaded Spear.

Once you have that key, backtrack to the Ashina Castle idol. From there, walk through the gates and you’ll spot a handful of enemies at the top of the stairs. Ignore them. Immediately head left, past the Remnant, and into the building on the right once the path opens up. Run inside, drop down, and you’ll spot another Sculptor Idol for the Ashina Reservoir.

From there, turn left and hop up onto the broken wall with the two, large white flags. Grapple onto the close branch beneath you, then onto the one jutting out from the wall across the valley. Wall kick and ledge grab onto the wall above that branch, jump off, and stealth kill the enemy there before they warn the others. You’ll now be staring at the Gatehouse you need: 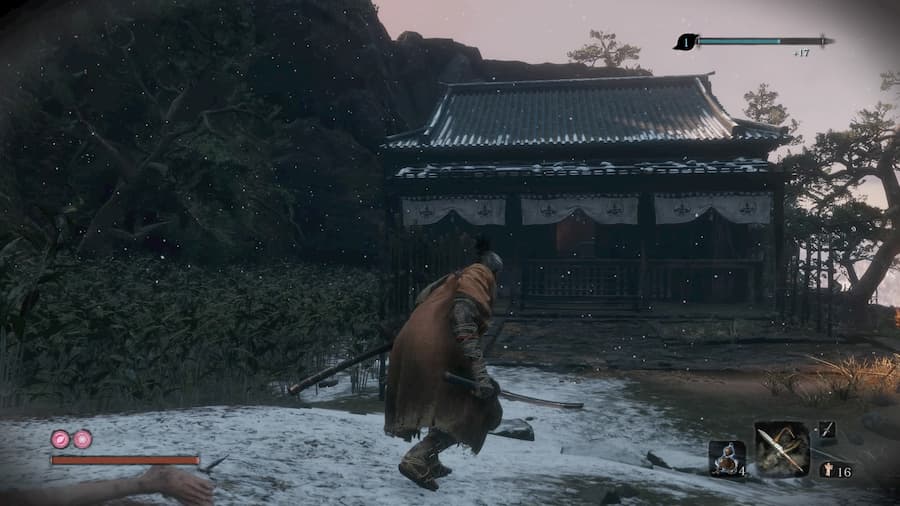 Walk up to the building, use the key, and inside you’ll find a handful of items and the all-important part of this trip: the Loaded Spear prosthetic. Once that’s done, use your Homeward Idol to return to the Dilapidated Temple and have The Sculptor fix your new tool to your prosthetic arm. From Sekiro: Shadows Die Twice‘s pause menu, you can assign the prosthetic to whatever slot you choose under Prosthetic Tools.

Now you’re all set to use the Loaded Spear, what I believe (at least for now) to be the best Prosthetic Tool in Sekiro: Shadows Die Twice.