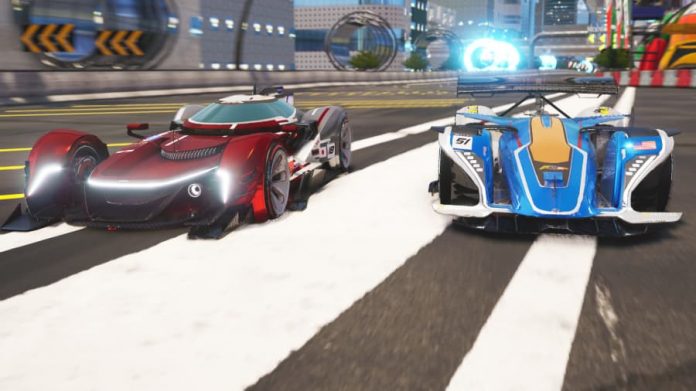 You know how most racing games start you off with slow cars and easy-going tracks? Well, there’s a reason for that.

First impressions mean a lot, and no developer wants you to think their racing game is rubbish because you can’t seem to keep your car on the track. As such, racing games are best when they ease you in; when they let you loose with cars that are fast enough for the racing to be entertaining, but slow enough that you can negotiate most corners without any problems. Xenon Racer doesn’t do that.

The closest thing to a Ridge Racer game released in years, Xenon Racer throws you right in at the deep end. The slowest of its cars hits a top speed of over 250 km/h, and straight off the bat you’ll come face-to-face with 90 degree corners that need pinpoint accuracy to drift around without crashing. Needless to say, your first hour or so with the game is probably going to give you the impression that it’s utterly awful. Stick with it though, and you will eventually find that there is some fun to be had.

If you want fast, challenging, futuristic racing that’s focused on drifting like a maniac, Xenon Racer provides it – once you’ve learned its tracks and mastered its Ridge Racer-like handling. Hitting the boost button, reaching speeds of over 300 km/h and then pulling off a string of perfect drifts is exhilarating, just like it ought to be, but you’ve got to have the patience to work through a lot of frustration before you get there. And you’ve got to live with the fact that Xenon Racer has a lot of other issues, too. 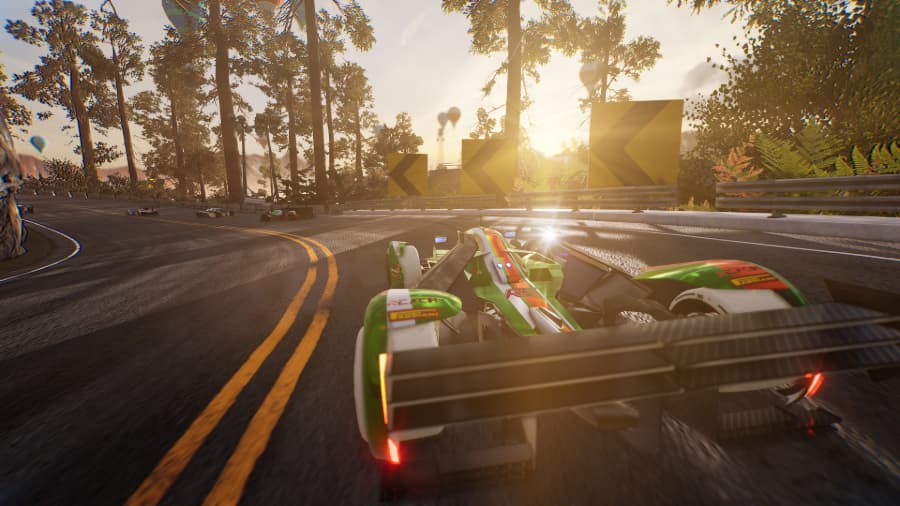 Jekyll and Hyde visuals are one of them. I’ve been playing Xenon Racer on a PS4 Pro, and I’ve never before encountered a game that can look beautiful one second and downright ugly the next. On the ‘Favor Performance’ preset, Xenon Racer does indeed perform really well, but it’s regularly a blurry mess, preventing you from totally enjoying the experience and also sometimes seeing upcoming corners. Switch the game into ‘Favor Quality’ mode and things do improve – in fact, Xenon Racer looks nice in Favor Quality mode the majority of the time – but there’ll still be the odd occasion where it’ll go inexplicably blurry. It’s as if the game has a terribly aggressive resolution scaler that sometimes just goes wrong.

Xenon Racer‘s career mode is another problem. Events are presented on a map that feels like it has had zero effort put into its presentation, and it’s also a pain to move around to select events. The races themselves aren’t too bad, but there’s been no attempt to make the career mode stand out in any way. It’s just your standard assortment of championships and single races with the odd time trial, elimination and checkpoint event thrown in for good measure until your journey is over. And with an insubstantial number of events overall, it probably won’t take you all that long to complete.

By completing Xenon Racer‘s career mode, however, you do unlock a wealth of beautifully designed vehicles that can be used in other modes, as well as many tracks and car customisation options. All car customisation options change the look of your selected car in some way, and most tweak your car’s performance, too, allowing you to fine tune how fast they go and they handle out on the track. Outside of the career mode, expect to engage in fast races and multiple time trial variants. Multiplayer racing is also available via split screen and online. Don’t expect to find online races all that easily though, and when you do, they’re likely to be less than stellar going by my experience. 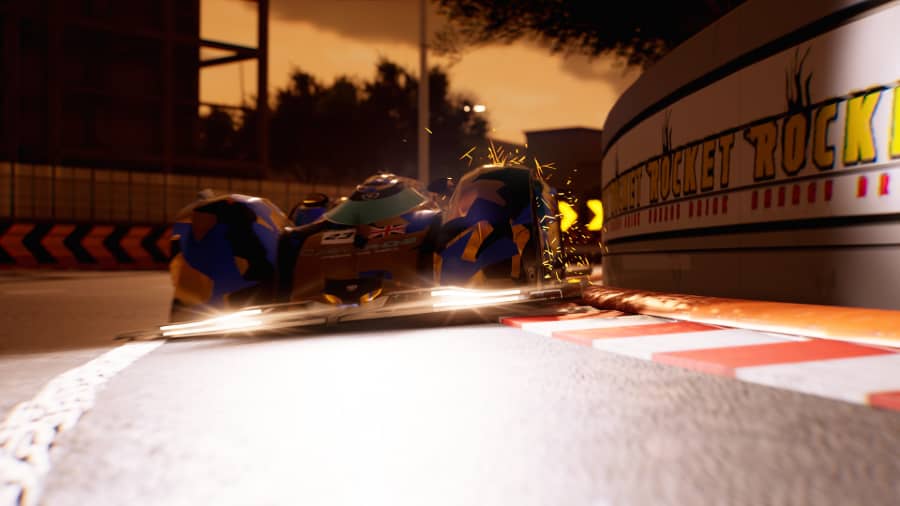 One of Xenon Racer‘s best features is its soundtrack. 20 tracks from record label Monstercat are included, getting you into the mood to speed like a maniac. Other aspects of sound design let the soundtrack down though. Or rather, the game’s announcer will drive you up the wall because he’s so irritating. He sounds about as interested in the action as a vegan at a slaughterhouse. And if you crash, he’ll make such enlightening comments as “That was a mistake!”. No shit, Sherlock. Thankfully, you can silent him via the options menu.

After trying out its closed beta, I was hopeful that Xenon Racer would turn out to be solid Ridge Racer clone. Unfortunately, the finished product doesn’t quite live up to my expectations. While the racing does eventually become fun, it’s marred by poor design choices and presentation that’s just lacking. Had Xenon Racer been a game released at a  budget price, many of its issues could have maybe been overlooked, but anyone playing full price for it is likely to be disappointed by its offerings.

Ultimately, while Xenon Racer‘s initially frustrating difficulty barrier can be overcome, its blurry visuals, brief campaign and awful announcer take the shine off of the whole experience.

Xenon Racer is available on PS4, Xbox One Switch and PC. We reviewed the PS4 version. 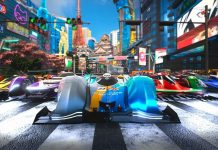 How to Unlock New Cars and Tracks in Xenon Racer 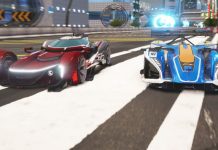