I’ve spent hundreds, if not thousands of hours playing the Borderlands games. Suffice to say, when I heard that the original Borderlands was being remastered for PS4, Xbox One and PC, I was over the moon.

Some will say that Borderlands didn’t need remastering, but it did. I’ve tried going back to it once or twice after the release of Borderlands 2 and the lack of some quality-of-life features introduced by its sequel make it a bit of a chore. Also, it wasn’t available on PS4 or Xbox One, and I’d rather play a game like Borderlands from the comfort of a couch rather than being sat at my PC. And so I’ve been happily beavering away at Borderlands Game of the Year Edition on an Xbox One X.

The improvements made to the original Borderlands are clear after only minutes of play. For a start, it looks a lot nicer, with sharper textures and more advanced lighting making it truly look like a current-gen game. And then there’s the fact that you can now customise your character beyond just changing their colour scheme. Browsing through the available heads, I gave Roland a mighty moustache that he could have never dreamed of having when Borderlands originally launched.

More useful, however, are the additions of a mini-map and the auto pick-up of health, ammo and money dropped by enemies. It’s just a shame that that they aren’t also automatically picked up from containers that you open. Both features allow you to get on with what’s good about Borderlands without losing your way or being bogged down with busywork. For those who haven’t played Borderlands before, that’s exploring its varied environments and shooting its insane enemies in their faces. And let’s not forget the mountains of loot you obtain as a result, ever pushing you on. It’s a combination that hasn’t got old. 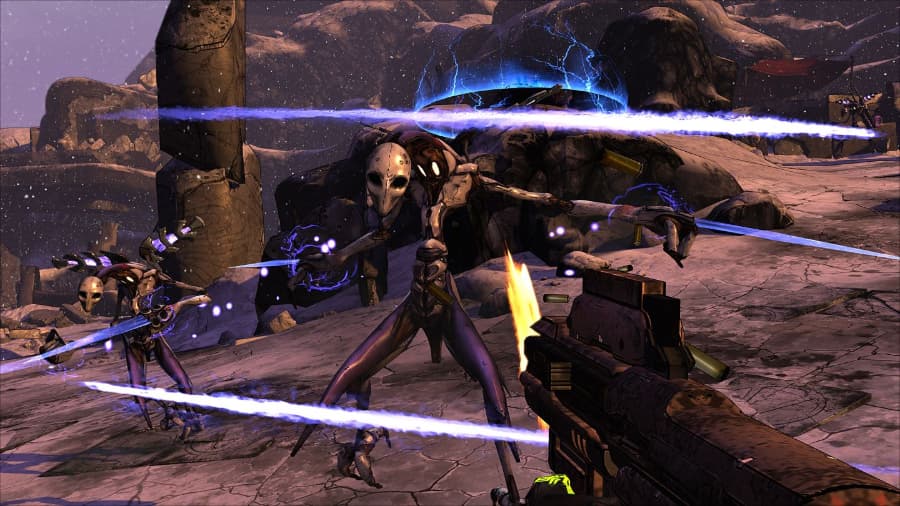 Whether playing alone or with friends, the process of completing quests, levelling up and obtaining better equipment is pretty much just as much fun now as it was back then. It’s perhaps because of the sheer variety of the weapons on offer and the unique skills available to each character class. And also probably because of the enemies you’re fighting against, who will occasionally have you in stitches. Oh, and the various Claptraps you encounter. I mustn’t forget the Claptraps. Borderlands just oozes humour, which is something that is difficult to pull off in video games.

Being Borderlands Game of the Year Edition, all of the DLC for the title is included, which means there’s upwards of 50 hours of content. And Borderlands‘ expansions are actually good – they’re not just short pieces of DLC thrown out of the door to fulfil season pass promises. The result is that avid players are likely to spend hundreds of hours exploring every nook and cranny of the game’s environments. And honestly, thanks to the improvements already mentioned and a reworked final boss, Borderlands has never been better.

There’s an irksome issue that you might experience when playing in co-op online, though – the quest marker doesn’t always update on the new mini-map for anyone other than the host. It can be a bit confusing, but with a bit of communication and some patience, it’s an issue that can be easily overcome. Plus, there’s always the old compass with all its markers at the bottom of the screen. That’s as reliable as it has ever been. Screen tearing can also be a minor issue. It’s rarely noticeable when playing alone, but is much more prominent when you’re hosting an online session. Strange, I know. Hopefully these issues will be addressed in an upcoming patch. 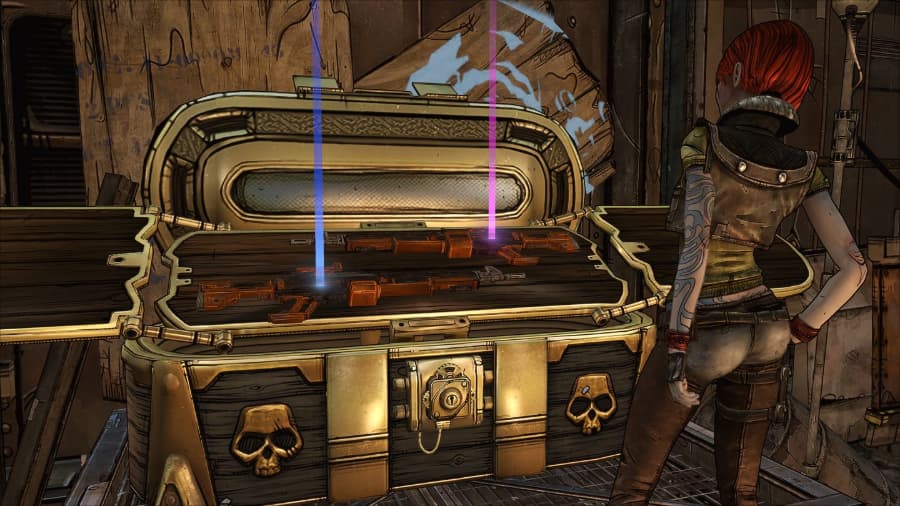 Even with these issues though, Borderlands Game of the Year Edition is simply superb. It looks great, performance is solid despite running at native 4K on Xbox One X, and there are meaningful improvements that make the game more enjoyable to play close to ten years after its original release. This isn’t just a basic port rushed out to capitalise on the reveal of Borderlands 3, and I’m thankful for that. If the issues I’ve experienced are indeed patched out, Borderlands Game of the Year Edition will be close to perfect.

Needless to say, Borderlands Game of the Year Edition is a great buy whether you’ve played it before or not. You’ll have a blast shootin’ and lootin’, and only those without a sense of humour will be able to keep a straight face throughout it all. Thanks to its revamped visuals and a wealth of meaningful gameplay improvements, Borderlands Game of the Year Edition is without a doubt the best way to experience a classic. Gearbox couldn’t have done anything better to get players in the mood for more Borderlands action later this year.

Borderlands Game of the Year Edition is available on PS4, Xbox One and PC. We reviewed the Xbox One version. 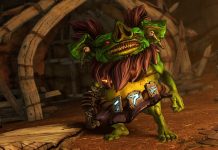