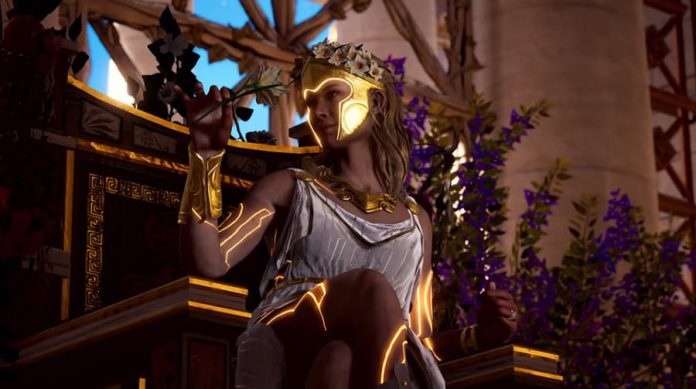 If you’re still ploughing through Assassin’s Creed Odyssey like us, you’ll probably be both glad and disheartened to hear that more content is being added to it this month.

The Fate of Atlantis is the second new story arc being added to Assassin’s Creed Odyssey, and will be available as part of the game’s season pass or can be purchased separately. Its first episode, titled Fields of Elysium, will be available from 23rd April, and in it you must begin to unlock the power of the Staff of Hermes while vying to escape the bewitching paradise you’ve found yourself in.

Before tackling The Fate of Atlantis, however, it’s wise to complete the new quest being added to Assassin’s Creed Odyssey for everybody. The Heir of Memories is the latest free Lost Tales of Greece quest added to the game. It’s available right now and must be completed before The Fate of Atlantis is started. Placing you in control of Layla as she learns that there is more to discover about the Staff of Hermes, you’ll explore ancient tombs on your path to opening the gates to Atlantis.

Also available right now in case you aren’t already aware is the ability to create multiple equipment loadouts. You can create up to five different custom loadouts, allowing you to quickly adapt to various combat situations.

For more information about new content and features coming to Assassin’s Creed Odyssey in April, watch the video below. It’ll also give you a glimpse of Elysium, which looks absolutely stunning.