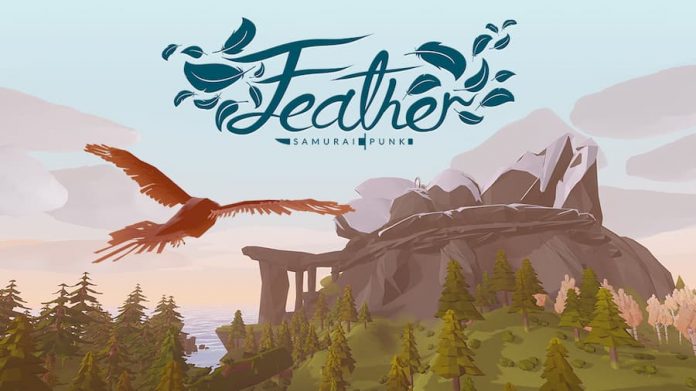 If you’ve ever wanted to soar through the sky like a bird, adventure game Feather gives you the chance.

Feather is an adventure game from independent game developer Samurai Punk. In Feather, you control a bird and fly around a large island, taking in the beautiful scenery around you. There is absolutely no conflict, no time limits and no threats, making it so that your experience is fully focused on your flight.

Feather’s setting is an absolute joy to fly around. Your bird can move whatever direction you like and can roll, flip, speed up and slow down for a more fluid flight. As you venture further, you’ll be able to fly through trees in a lush forest, skim your belly on the top of the ocean, and even feel a chill as you soar to the very top of a snowy mountain. There’s not a huge amount of things to see, but what’s there is wonderfully alluring.

The downside the having no real story and no main goal is that, after about a half an hour, you’ll have seen and heard everything that Feather has to offer. There are a few small islands surrounding the main, larger island that you can fly over to, but there aren’t any random quests or challenges for the player to distract themselves with. You will encounter fellow birds that you can tweet at, but although they may tweet back, this doesn’t lead to anything significant. There are portals that can be found around the islands that players may mistake for something more, but they are simply a way to change the current music track that’s playing. 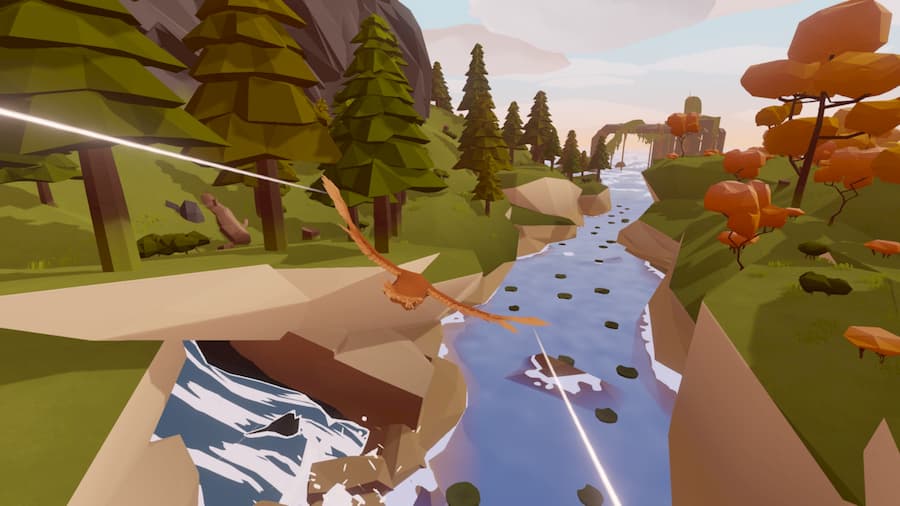 Speaking of the music, it is definitely the highlight of the game. Feather’s nine unique songs give the player a chance to really get immersed in the game as they fly around. It’s a soundtrack made up of beautiful melodies that really do a stellar job of relaxing you.

On the technical side of the things, the flying controls in Feather are pretty good. If you run into something or dive too far down into the water the game will rewind itself a few seconds to let you start again. Sometimes when restarting, I found myself getting stuck in a loop a few times until I managed to roll my bird out of the way, but when it comes to the regular flying it’s smooth as can be. Playing in handheld mode on Nintendo Switch, the framerate did occasionally drop if I changed directions too quickly,  but I didn’t have the same problem when playing with the game docked.

When you take Feather at face value, it’s a lovely little game to have on the Switch for times when you’ve had a stressful day and want something to distract yourself. It would be nice if the game offered some guidance or a simple mission structure to give you more purpose, but as Feather is right now, it’s enjoyable if you go in knowing it’s a short, relaxing, simplistic experience.

Feather is available on PC and Switch. We reviewed the Switch version.